Our new, continually updated list of the most egregiously anti-Muslim pronouncements from the White House field 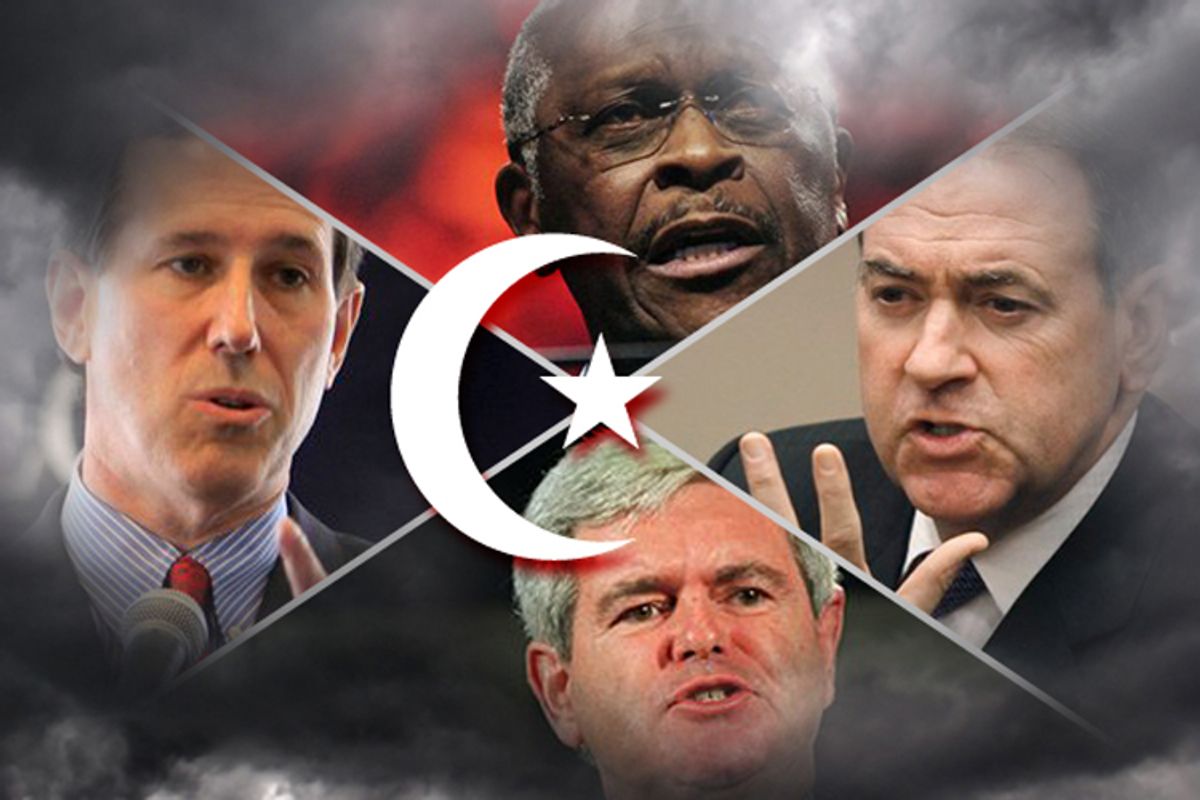 A decade after 9/11, Muslim-baiting has become de rigueur for Republican politicians -- especially those who aspire to the party's 2012 presidential nomination.

Fear of Islam among the Republican Party's base -- the very voters GOP White House candidates will be wooing during the 2012 primary season -- has been primed for years by the so-called anti-jihad industry. It was further inflamed by 2010's "ground zero mosque" controversy, and the subsequent wave of anti-sharia legislation. Also lurking in the background, crucially, is the false rumor that President Obama is a Muslim -- a rumor that, according to one August 2010 poll, 46 percent of Republicans believe.

All of this is forcing Republican presidential hopefuls into a game of Islamophobic one-upmanship in which crossing the line is inevitable. As the race unfolds, we'll be keeping tabs on how the candidates try to differentiate themselves from each other -- and stand out in the eyes of their target voters -- on this issue with a regularly updated list that ranks the most extreme instances of campaign trail Muslim-baiting. So make sure to bookmark this page and check back frequently. (And if you see an example that belongs on the list, send an email to muslimbaiting@salon.com.)