When I gained a husband, I lost a best friend

Joy and I grew up together, from giggly girls to punk rock feminists. But something came between us: My marriage 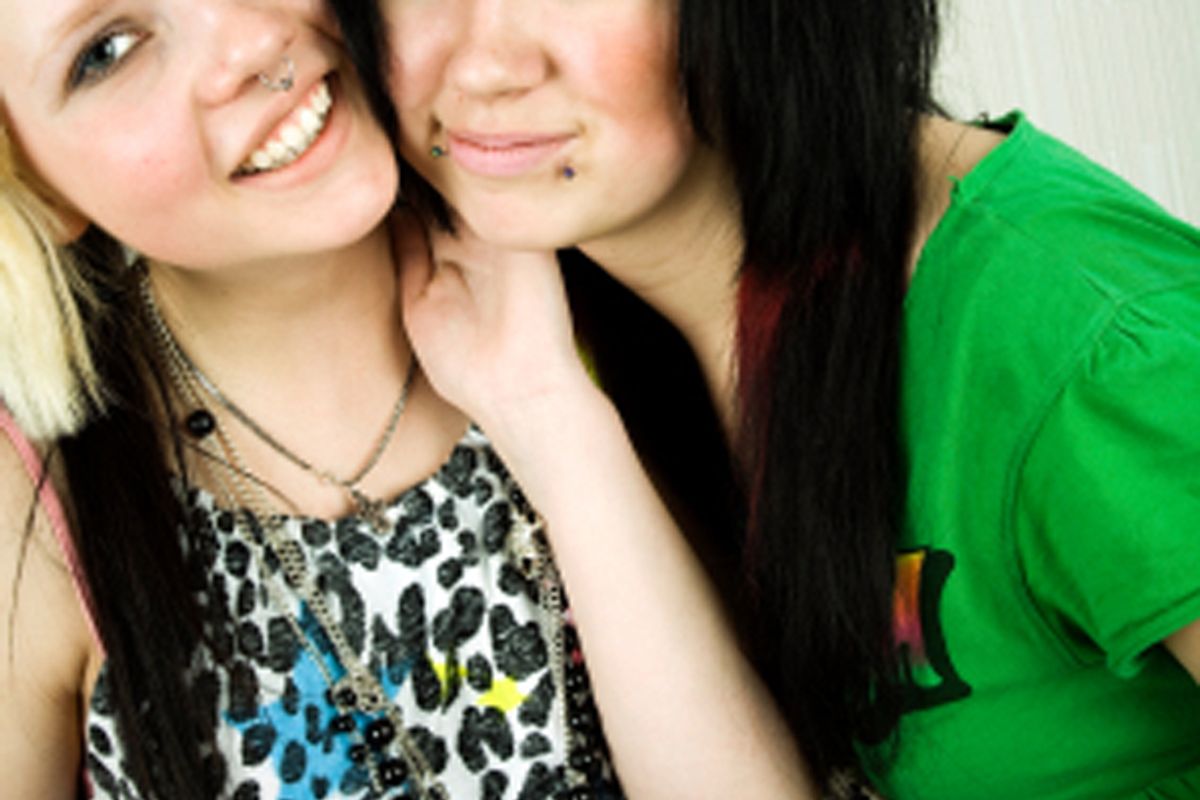 Joy saved her best breakup mix for me. It was full of the sad, twangy music we both knew and loved: Neko Case, Lucero, Bruce Springsteen, Joni Mitchell, Ohia, the Weakerthans. She gave it to me two weeks before I got married.

Joy was my first love. She had a locker next to mine in the sixth grade. She was tiny, no more than a hundred pounds, and fond of wearing her older brother's baggy jeans with a big belt and a delicate tank top. I thought she was the most fashionable person I had ever met, and the coolest. Joy changed her hairstyle every year.

I couldn't get enough of Joy. We slept head to foot at slumber parties, and went to dances wearing each other's makeup and clothes. We passed each other notes and obsessed about the pros and cons of having small breasts. We knew each other's houses like our own. Her house was messy and chaotic. Mine was orderly and well kept. Her mom could dance and cut hair. Mine preferred to read and bake. I lived on the rich side. She lived on the poor side.

In the seventh grade Joy started dating someone, and after tagging along with them for months, she encouraged me to start dating her boyfriend's best friend. He and I sat four rows behind Joy and her boyfriend at the dollar theater. We watched the movie, then watched Joy and her boyfriend kiss, then watched the movie some more. Finally, my date asked if I'd like to try it. The blood rushed to my face, and I felt so good -- not about the guy, but because I had a new story to tell Joy.

That's what our relationships with boys were about then: Not the guys, necessarily, but sharing those stories with each other. She wrote me long notes about a local rapper she met at a party. We sat under a blanket on her roof drinking pilfered beers as I confessed that dancing with her skater brother to the Jackson Five had felt just like a movie. Perfect.

We were good kids, with a reckless streak. In high school we proclaimed our feminism and decided to grow out our armpit hair. I chickened out, but Joy went through with it. She relished making uptight people feel uncomfortable by wearing girly girl tank tops and raising her hand in class to ask a question. No one ever made armpit hair look so cute.

But that was around the time our bond began to fray, too. In high school my parents pushed me into the hardest classes. Hers didn't. I went away to a private college debt free. She had to work her way through state school. We fought more, and tried hard to keep in touch. I got updates on her parents' separation, and her dad's new girlfriend; she on my sister's pregnancy, or current boyfriend's deteriorating mental health. We had fights about how unfair all of it was -- the distance between us, how we were changing -- but nothing could've prepared us for what happened next.

At the age of 23 -- crazy in love -- I got engaged to be married. He was an amazing guy who loved books and made me laugh. In his company I felt like I was home. But he'd been married before, and he and I planned to get married in a church. That was a problem for Joy, a child of divorce who had, by this time, become an atheist. I knew that compared to whatever crazy things I had done in the past, this would seem, to her, the craziest.

We'd been little punk rock feminists together, pasting the big block letters "C-E-D" over the local Silent Woman antique store in the middle of the night, making all the signs read "SILENCED WOMAN," and now I was making the one decision I knew I wasn't supposed to make.

Going home with a stranger, getting hooked on drugs, losing my job, getting pregnant, moving to Mumbai -- anything but this. Still, I hoped that even if she didn't approve, she'd come around. She didn't.

My impending marriage revealed the fault lines between us that had been there all along. But I couldn't let her go. As my life was changing, I wanted her friendship more than ever. We met in bars in the weeks before my wedding. I kept hoping we'd just be simple again, but Joy was furious. She told me the thought of marriage grossed her out. She told me about her parents' divorce, and how they wouldn't be coming to my wedding. I was hurt, that she could just pretend, for me.

Joy sent me the tape weeks before the ceremony. Just like in middle school -- when we'd gone to all-ages shows together, and lay on our backs in the dark on the bike path dissecting the lyrics to our favorite songs -- her mix said it all. It was and is the perfect breakup tape. I listen to it all the time. It ends with a goodbye from Ray LaMontaigne:

There was a time when we were young

I used to make her laugh

But life is long, my love has gone away from me.

Joy did come to my wedding, as beautiful and enchanting as ever. She wore skinny jeans and a tank top blouse with a feathered bird penned to her chest, her long hair in an elegant pile on top of her head. She didn't speak to me nor I to her, but she danced all night, alone, in the same wild way we'd once danced together, arms and legs splayed, arcing, leaping, spinning toward the sky. Like an old lover I see her now in dreams. Sometimes, I even give her a call, but she doesn't pick up and I don't leave a message. Then I listen to her tape and remember: She already said goodbye.