The Russian president dances as the world gawks. If only he'd watched these clips of fellow politicians first 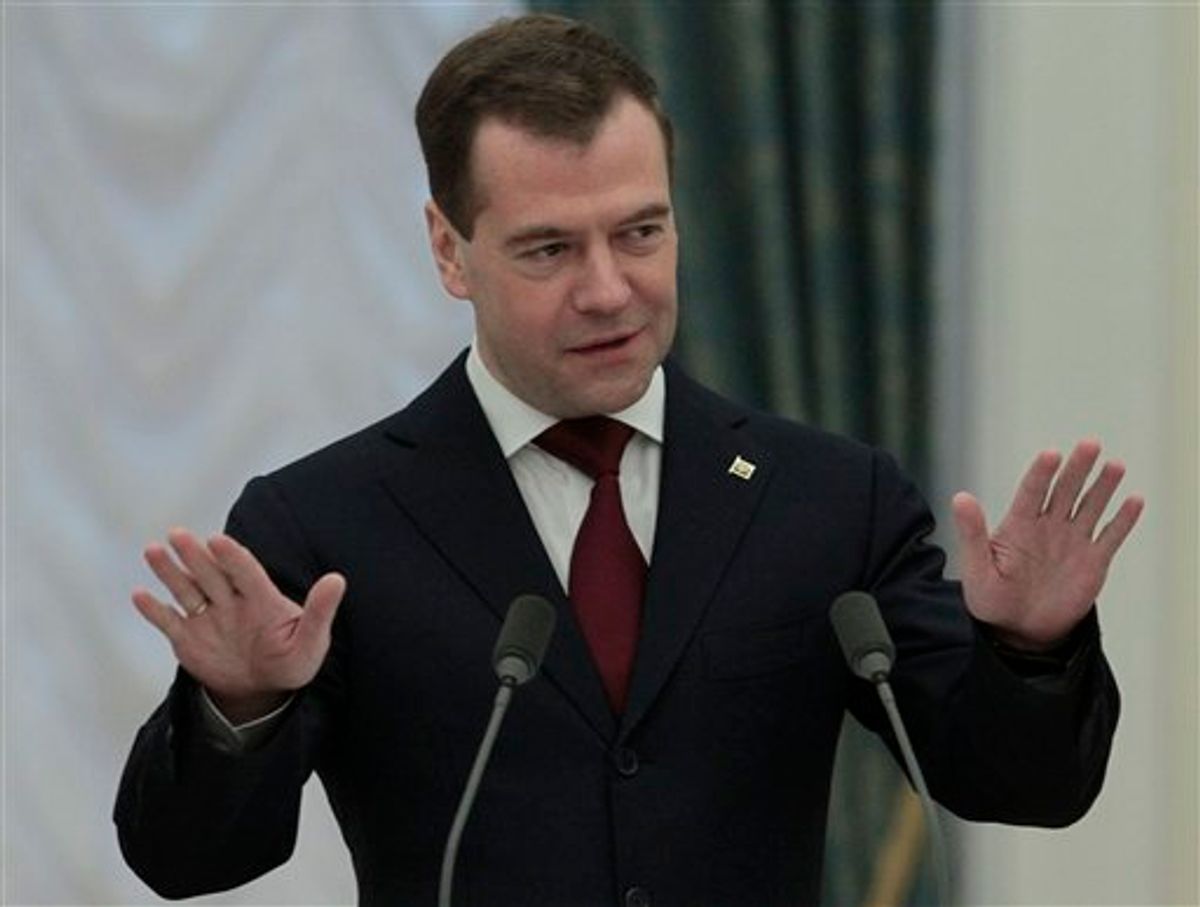 Russian President Dmitry Medvedev gestures while speaking at the award ceremony in the Kremlin in Moscow, Tuesday, April 12, 2011. The ceremony was held to mark the 50th anniversary of Yuri Gagarin's mission, the first human spaceflight. (AP photo/Alexander Natruskin, Pool) (AP)
--

A YouTube video of Russian President Dmitry Medvedev busting out some dance moves has gone viral since Wednesday (once everyone got over watching a clip of a ticklish penguin).

It seemed a good time to celebrate other politicians who have bravely shimmied and shook to public amusement.

First, there was President Obama’s short, elegant groove with Ellen Degeneres to Beyonce’s "Crazy in Love":

And the time when George W. Bush tried his feet at an African tribal number on the Rose Garden lawn to raise awareness about malaria:

Only exceeded in awkwardness by Karl Rove's appearance as "MC Rove" at the 2007 Radio and Television Correspondents Dinner:

But perhaps grooving is best left to the Russians. After all, what could compare to Boris Yeltsin's moves as captured in 1996? Something very special indeed.

Perhaps rivaled only by...