With New York househusband Simon Van Kempen dropping his new single "I Am Real," we look for the truth in his words 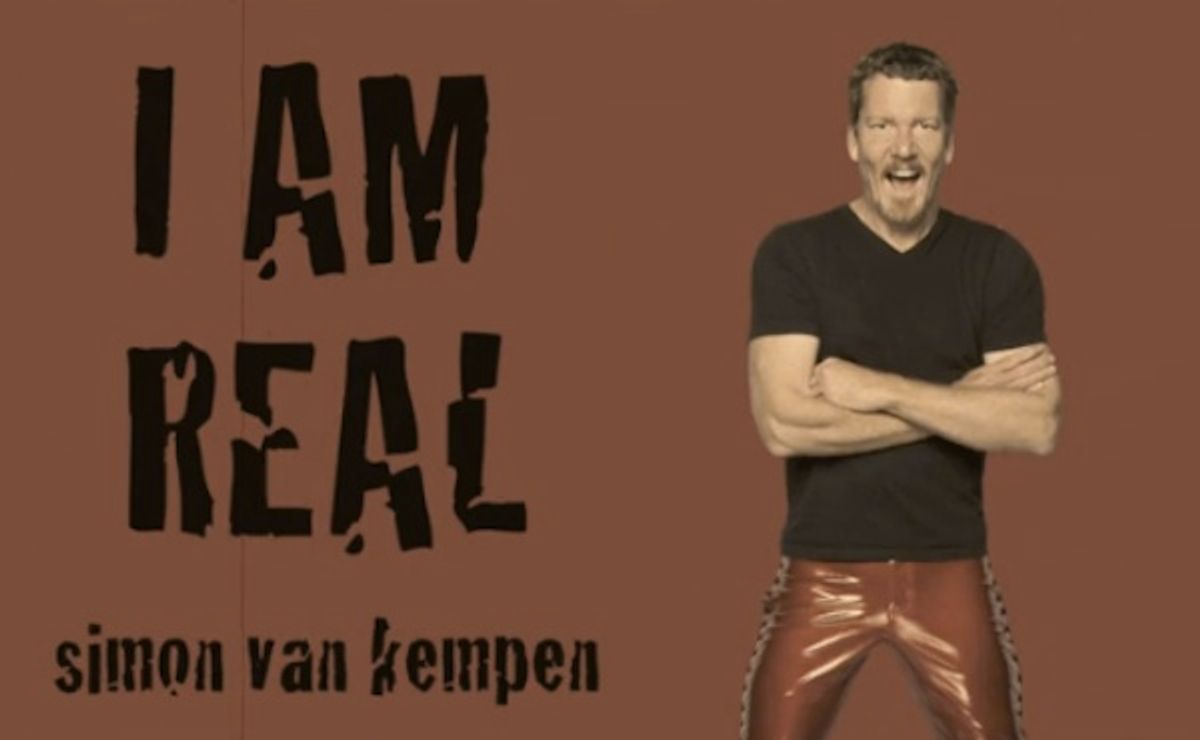 Oh gosh, another single from one of the "Real Housewives" cast? We're at a point now in this culture where we can't make it three months without another pseudo-celebrity from Bravo's monster-making machine churning out another piece of musical garbage that makes Rebecca Black's "Friday" look like "Bohemian Rhapsody." Which is sad.

But here's a twist: this time the song isn't from one of the housewives herself, but from a househusband. "Real Housewives of New York" star Alex McCord has always taken a backseat in the ridiculous van to Simon Van Kempen, her hotel manager-cum-hotel social media guru husband with the ridiculous accent.

Maybe this club mix he's birthed onto the world, tited "I Am Real,"  is actually about trying to find the humanity in a culture where reality is too often sandwiched between quotation marks? Hell, if that's the case, then maybe all the songs from the Real Housewives have a secret, unifying message. Below, we analyze the lyrics of each cast members' music, searching for the thread that connects them.

Lyrical analysis: First off, this title is just not true. You are not "real," Simon. You are the most affected person to ever prance onto a reality show. Also, you're whole girl power cry of "Love me or hate me, I don't give a damn!" assumes that anyone thinks about you long enough to form an opinion. As you'll see from most of these songs, a lot of housewives seem to be under the impression that people will empathize with their struggles against the "haters." And while it's true that the reason people tune into these shows is for the melodrama, I think "caring" might be too strong a term when talking about America's feelings towards these egoists.

Lyrical analysis: There are only five lines in this song, and one of them is the titular condescending piece of advice that could only come from a woman who puts "Countess" before her name. One of the other lines is "Elegance is learned, my friends," which is a dig at all those nouveau riche co-stars she has to put up with. The irony of writing an auto-tuned pop song about how to keep it classy on a reality show about women throwing wine at each other was apparently lost on Luann.

Lyrical analysis: I will give Jo credit for being the first housewife to cash in on a nonsensical music career. The title of her 2008 single, "You can't control me," can be a little confusing as it is made up entirely of ways her ex-fiancee Slade was allegedly controlling her:

"Always talking about the things that you want

you don't really care about me.

Never seem to listen to the things that i say

think you know what i mean.

Ask me who i'm with where i'm at where i'll be

It's thematically similar to Lesley Gore's famous ditty "You Don't Own Me," except in that song Lesley was telling the listener all the things he wasn't allowed to do to her. Also, I doubt Gore would have joined back up with the controlling jerk she's singing about in order to create a spin-off show called "Date My Ex."

Lyrical analysis: When Danielle sings "Why am i so scared to be close to you?" she is ostensibly telling Lori that she loves her, but is scared of letting her Sapphic side affect her air time. But since she released this song to the public after she was fired from "New Jersey"  in a bid for even more attention, I can only assume her real fear comes from looking bad when compared to an actually talented singer.

This song also makes a nice companion piece to Simon's "I am Real," since only one of these two people is actually a closeted homosexual.

Kim Zolciak, "The Real Housewives of Atlanta": "Don't Be Tardy For the Party"

Lyrical analysis: Hey, this one is just about having good social manners. Don't show up late to parties, because punctuality is important.

Lyrical analysis: Say what you want about Kim, but her songs are on the level. "Google Me" may go down in history as the most desperate plea for fame through a pop song, but it does have some amazing word choices. I mean, who else could start out a verse by saying "I'm diabetic!" Kim makes no attempt to hide her craving for America's attention, which is almost a relief compared to someone like Staub or Simon, who act as if they just happen to have the cameras around for every major life decision, and then lament the quality of their "realness" as if we're supposed to sympathize.