The Washington Post invites Donald Trump to the Correspondents' Dinner 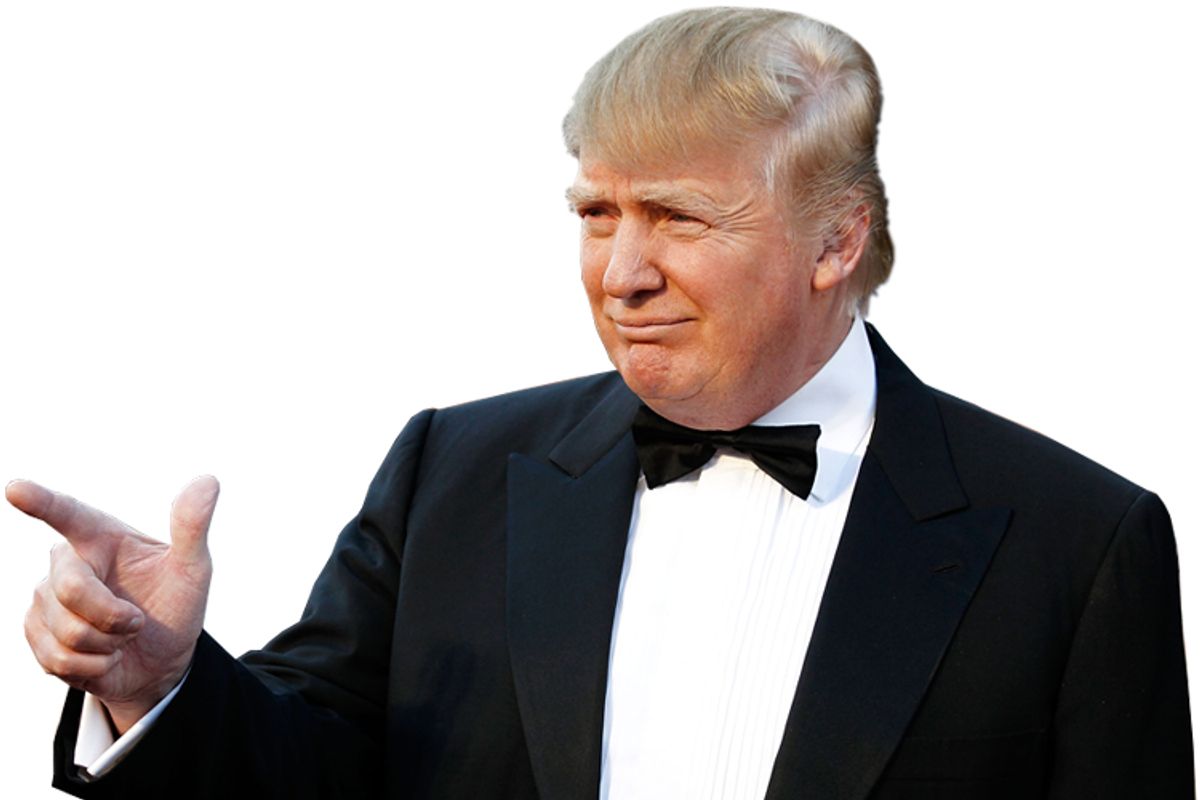 It's almost time for the annual White House Correspondents' Dinner, that annual party where Washington, D.C., media outlets desperately compete for attention from celebrities and flatter the people they are supposed to be "covering." While the event is self-evidently gross and depressing, many D.C. lifers treat the event like their Oscars: a night in the spotlight.

Except that while the Oscars are how the show business industry rewards itself for its work, the WHCD has nothing, at all, to do with the product produced by the people putting on the show. If it was about rewarding good journalism, celebrities wouldn't show up! (Politicians certainly wouldn't show up, because good journalism usually makes politicians look bad.)

Something called "the White House Correspondents' Dinner" might sound like a celebration for the people who cover the White House, but there are generally very few working reporters sitting at the tables purchased by the newspapers and magazines that they work for. Instead, the publishers invite terribly famous people to sit at those very expensive tables, because celebrities really do not get enough opportunities to dress up nice and go to parties. (All of this is Michael Kinsley's fault, I think?) (CORRECTION: I meant Michael Kelly, who invited Donna Rice in 1988. I am mortified! And I apologize.)

This year, the Washington Post has invited Mr. Donald Trump, the famous pretend presidential candidate and rabid birther. Yes, the major newspaper of America's capital city has invited Donald Trump to prom. Why would the Washington Post, as an institution, officially align themselves with a living freak show currently spending his every waking minute espousing idiotic fringe conspiracy theories?

Maybe the invitation was extended before Trump went full-birther, but even before he went full-birther he was still a ridiculous fraud, a national embarrassment with multiple bankruptcies and an awful television show to his name. They knew what they were getting into.

Is there anything Trump could say or do that would cause the Post to rescind the invitation? If they're worried that that would be a bigger public relations nightmare than simply keeping the invitation in place and hoping he doesn't embarrass them further, then I hope they learned their lesson about inviting celebrities to the stupid annual fancy dress gala dinner. (They didn't. Nothing will ever teach most of these organizations that message.)

The WHCD doesn't "prove" that the Washington press is too compromised by fealty to power to do their job effectively -- it doesn't prove that because the fact that elite Washingtonians are members of the Washington elite is self-evident -- but it does make our press corps look very silly. A roomful of media people fawning over a movie star and Henry Kissinger in equal measure is just embarrassing for everyone involved.

So maybe Donald Trump is the perfect person for the Washington Post to have invited to the White House Correspondents' Dinner. He is where so many strands of contemporary political media -- the normalization of the extreme right-wing fringe and the celebritization of politics and the rise of "endless horse-race campaign coverage" as "news" -- all merge into one ridiculous gimmick.

The New York Times, to its credit, began sitting out the dinner in 2007, a decision that seems wiser and wiser every year. (This has been characterized as a "boycott," but it is really more like "avoiding a bad scene.")

The New Yorker has invited Jon Hamm, Zach Galifianakis and the Coen brothers, which actually sounds like a table I'd enjoy sitting at. (Call me, Mr. Remnick!)