The Daily Cramp attempts to explain PMS to your boyfriend

Offensive or helpful? A daily newsletter walks guys through each stage of a partner's period 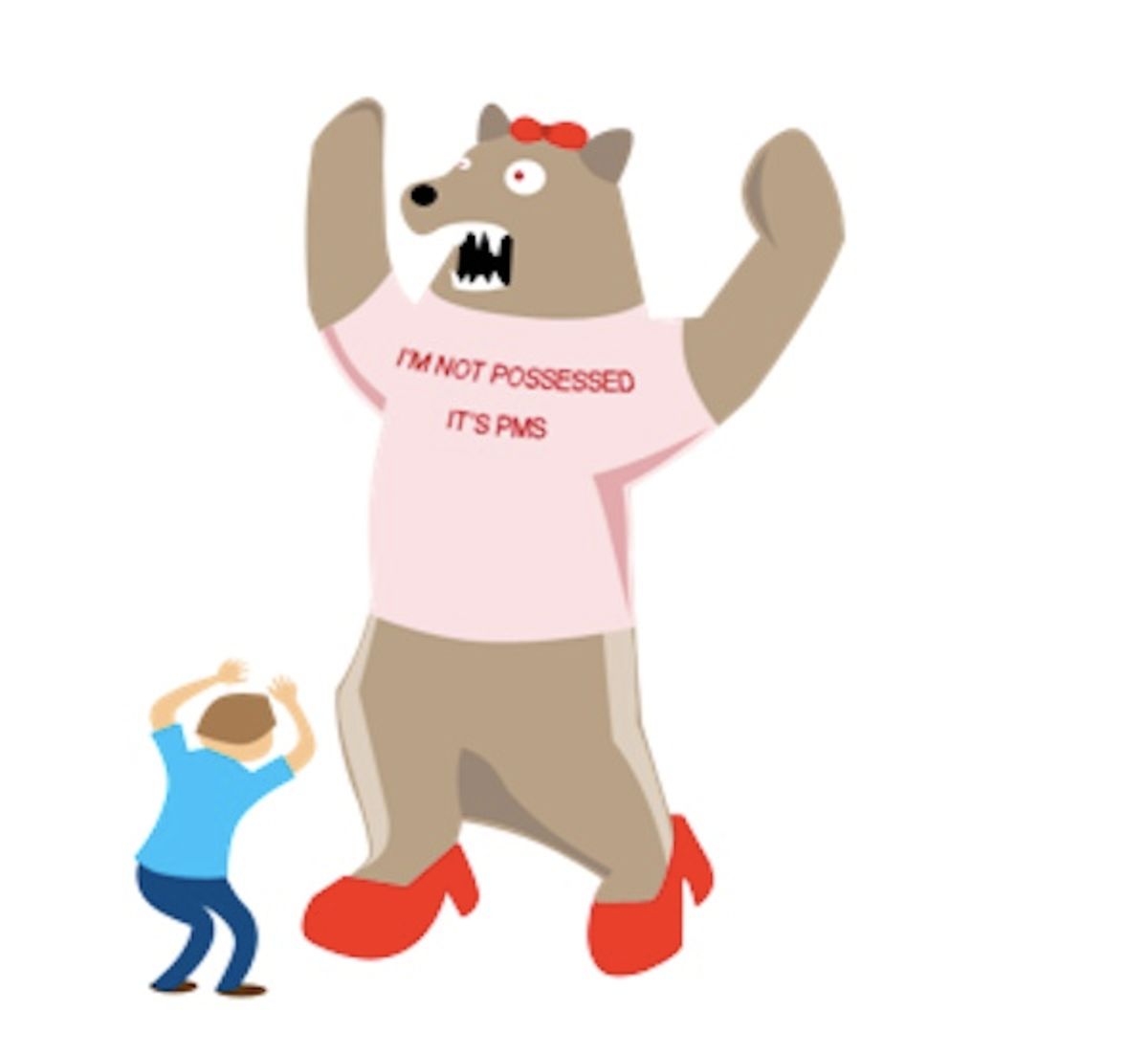 If I could just speak to the guys in the audience here for a second: Fellas, how annoying is it when you're planning a nice night with your girlfriend and she comes home all crazy with PMS? Just demanding all the chocolate in your pantry, crying constantly and talking about her ovaries. And the worst part is if you ask her about it, she'll just get even angrier for "assuming" her emotions are related to her menstrual cycle. It's like you can't win!

That's where The Daily Cramp comes in. I'll let the site explain itself:

Let's face it ... men simply don't understand women. And there's a reason for that: women have a hormonal cycle that we don't have. It's like they're taking uppers and downers every day, and we don't know which pill they swallowed.

The Daily Cramp is a once daily newsletter that helps men solve the greatest mystery of the last 10,000 years: women. It's 1 part science, 1 part Dear Abby, and all parts funny.

We were conceived after one wild night in Miami and delivered at Startup Weekend Miami on November 21, 2010. But just in case you thought this was just a misogynistic joke, the site's founders are quick to explain that they are using actual science -- in the form of graphs! -- to help you understand your lady better. Plus, each "phase" of a woman's bear phase is paired with testimonials from a "real" "woman" about how she thinks during that period (so to speak). Like during "PMS Phase," the woman (identified as "Rachel" by her bear chart) has a piece entitled "Your dumb friends do dumb things":

Because they have no idea of what it's like to have a relationship that lasts longer than the "O face."

So why the hell would you listen to your equally unqualified and idiotic friends ... about anything??

The next time your boy tells you that it's a good idea to stay out until 3 in the morning without me, remind yourself of the time he peed in your glass of whiskey and stirred your ice cubes with his little wang. And that should make you appreciate what kind of friend he really is.

Oh, sorry. You didn't know about that? Whoops. I must've forgot ... that was supposed to be our secret ...

Oh man! I could see this site turning out to be a Tucker Max-ian hoax, purposely trying to get women upset and drum up publicity on feminist blogs. And the site did launch April 1st. (Although based on interviews with the site's creator and former Goldman Sachs banker Jon Hilley, it seems to be a pretty legitimate business model.)

On the other hand ... is it such a bad idea? I'm not terribly fond of the graphics depicting women as crazy animals, but opening up lines of communication between men and women about PMS is a worthwhile cause. Menstruation is still one of the most taboo subjects in a relationship, and many women do suffer from a form of premenstrual syndrome. And hey ladies, we can't complain to our friends about how bloated and PMS-y we feel, and then turn around and bark at guys when they ask us if we're acting odd because of our periods. Sure, saying, "Babe, are you on the rag or something?" is offensive and deserves a smack on the nose, but if women believe their moods are affected by PMS, then why should they leave their partners in the dark about it?

Maybe the Daily Cramp is actually doing both men and women a favor, by providing a humorous way for guys to get involved in girlfriend's cycles. Or perhaps the Cramp is totally offensive and derogatory in its over-generalization of how women react to their bodies' hormones. Or both! What do you think?