Trump to Salon: "You will be very surprised"

In a hand-scrawled note, he takes issue with our reporting 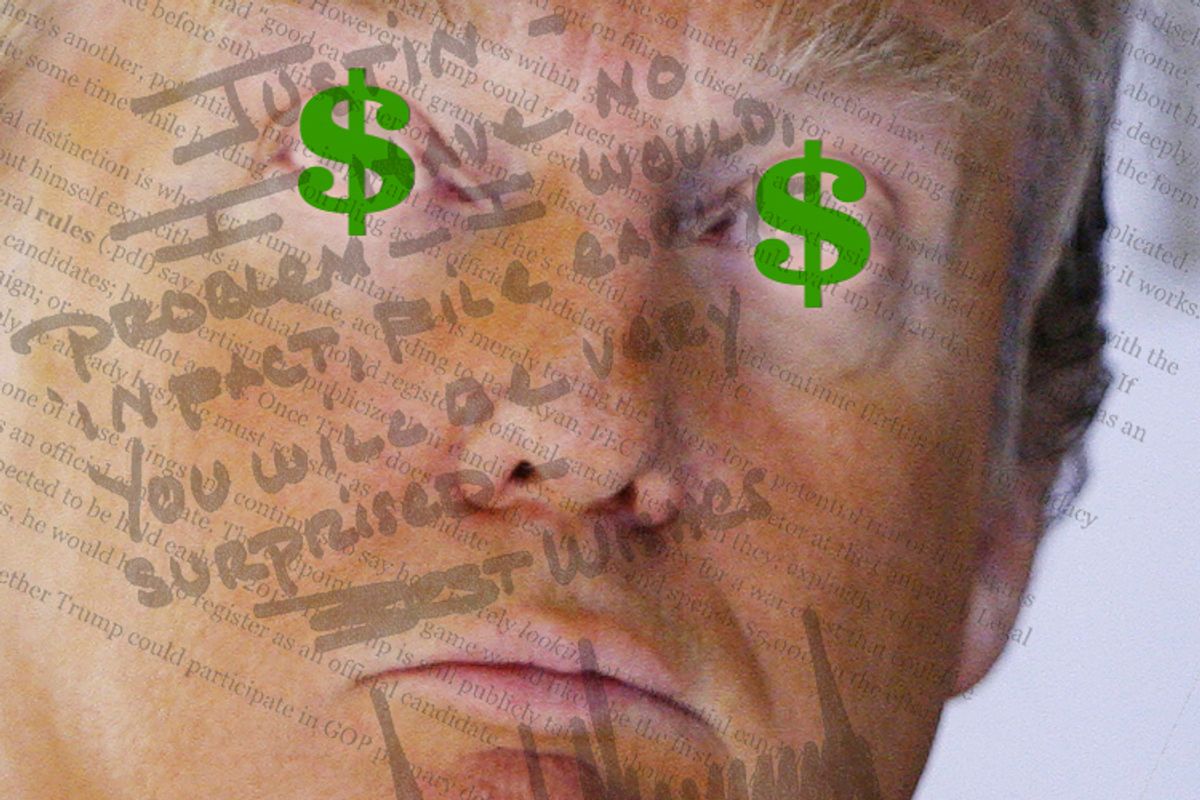 Donald Trump has written me a personal note promising that he will release information about his net worth -- and that he'll even do it earlier than is required by federal election law.

Trump's assistant sent me an email earlier today with the heading, "Message from Mr. Donald Trump." Attached was a scanned image of a print-out of my article -- "How Trump could run and still hide his net worth" -- with a hand-scrawled note from the Donald himself. I have no problem -- I would, in fact, file early -- you will be very surprised.

In any case, Trump's note does not actually address one of the main points of my piece: that he could legally stay in a kind of limbo -- a "testing the waters" phase of his presidential candidacy -- without triggering the 30-day deadline for personal financial disclosure that is imposed on declared candidates. In other words, as long as Trump doesn't explicitly say he's running -- and avoids certain campaign-like steps -- he can keep his net worth secret. And he may have good (or at least self-interested) reasons for not wanting to reveal his net worth.

Firing off messy personal notes to reporters is not new for Trump. He had a similar note dispatched to Vanity Fair's Juli Weiner the other day that smeared her as a "bad writer."

Oh, and how did Trump see my article? Is he a Salon reader? I asked his assistant, Thuy Colayco.

"You'd be surprised," said Colayco. "Anything that gets written about him is forwarded to him."

Come to think of it, that's not surprising at all.