Zach Braff's beard is "The High Cost of Living"

Finally, an answer to the question no one was asking: "When will 'Garden State' get a gritty reboot?" 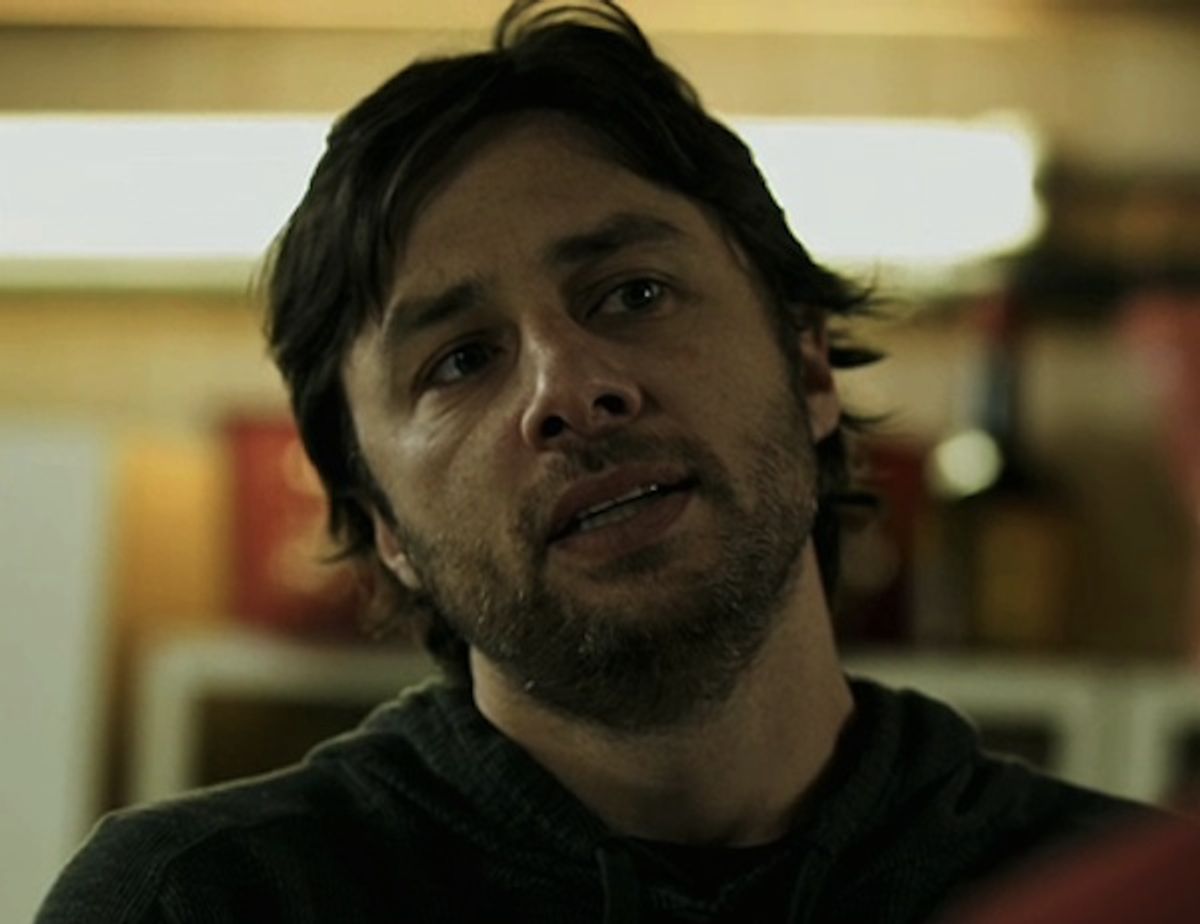 The other day I was just sitting at home, watching my Criterion Collection Blu-ray of "Garden State" and wondering, "Why can't there be more movies like this?"

Not like: "Why can't there be more movies that are indie and twee, with themes resembling that of 2004's hipster classic?" That would be ridiculous. I want to know why someone can't come up with a film that is exactly like "Garden State." Except instead of a manic pixie Natalie Portman with epilepsy, maybe there could be a depressed woman whom Zach Braff runs over with his car.

The thing is, I would want the soundtrack to remain essentially the same.

I really hope "The High Cost of Living" has the tag line: "For the child inside of each of us ... who wonders what Zach Braff would look like with a beard."