Mel Gibson says he was "betrayed" 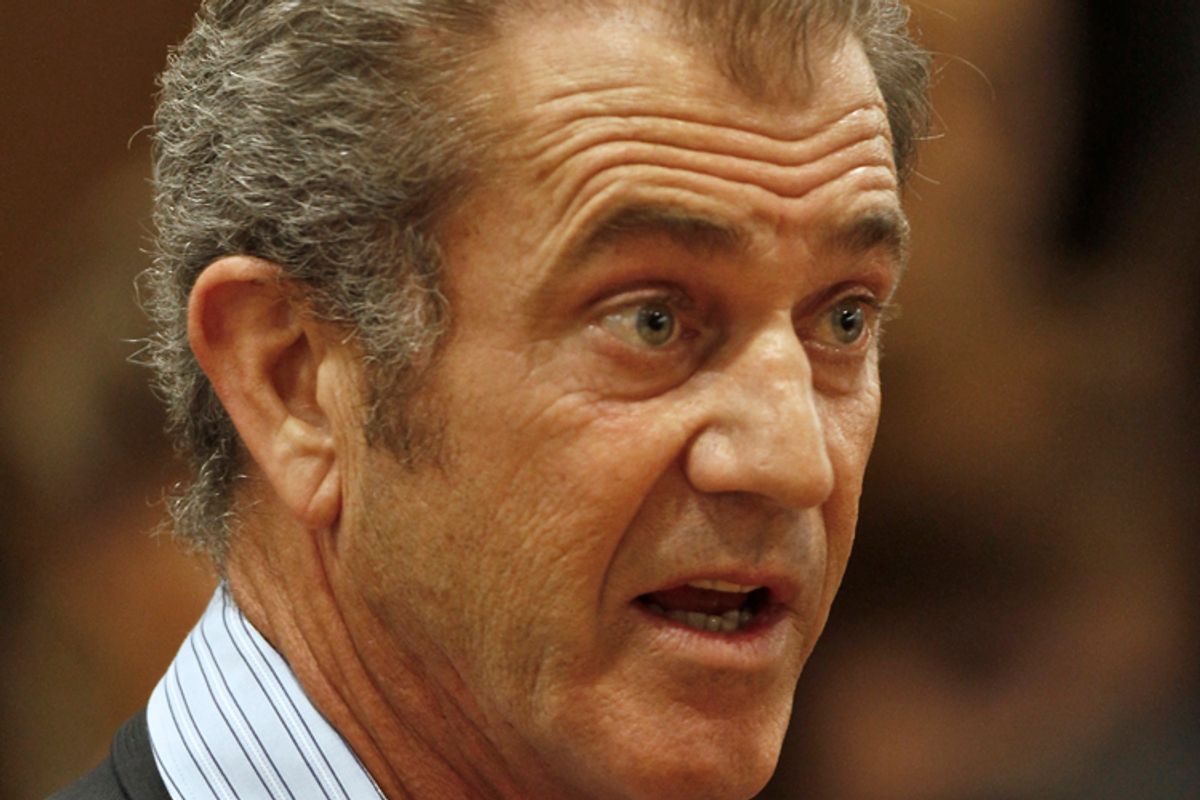 Mel Gibson appears at Los Angeles Airport Courthouse Friday, March 11, 2011, in Los Angeles where Gibson pleaded no contest to a misdemeanor spousal battery charge. He was sentenced to 36 months of probation and ordered to attend 52 weeks of domestic violence counseling. Gibson, 55, was accused of striking then-girlfriend Oksana Grigorieva during a fight in January 2010 at the actors Malibu home. He was charged after a lengthy investigation by authorities. (AP Photo/Mark Boster/Pool) (Mark Boster)
--

He's back. With his new movie, "The Beaver," just weeks away from release, Oscar-winning hothead and domestic abuser Mel Gibson is at last on the full career rehab track, granting Deadline his first interview since a series of explosively vitriolic, threatening conversations with his ex Oksana Grigorieva emerged a year ago. Though he's a long way from the sputtering loon of the tapes and says "of course" he regrets what he said on them, the real revelation of the interview is how easy it appears for Gibson to believe he's a victim too.

It would have been a challenge to promote a movie in which he stars without his doing any publicity for it, and Gibson appears to have chosen very carefully for his first foray back into the spotlight. Finally owning up to the veracity of the tapes he long refused to acknowledge, Gibson bravely dealt with journalist Allison Hope Weiner's hard-hitting questions like "Aren’t you going to be hurt if people judge you based on what they believe occurred here?" and her reassurances that director Todd Phillips' decision to ax his cameo in "The Hangover 2" "a very Hollywood hypocritical moment." It's the interview that reads like a colonoscopy!

Asked about how he felt about the release of the tapes -- which he says were edited -- he sighed, "Who anticipates being recorded? Who anticipates that? Who could anticipate such a personal betrayal?" He described the tapes as "a heated discussion at the height of a breakdown" and "one terribly, awful moment in time, said to one person, in the span of one day." Just a reminder -- that "one moment" is represented by five lengthy tapes in total.

Gibson went on to insist, "I’ve never treated anyone badly or in a discriminatory way based on their gender, race, religion or sexuality -- period," an interesting assertion for a man who once said that the "fucking Jews are responsible for all the wars in the world," who in the tapes referred to "wetbacks," and who famously told the mother of his baby Lucia that "if you get raped by a pack of niggers it'll be your fault." And it's hard to imagine there wasn't anything "bad" or gender-specific about Gibson's assertion to Grigorieva that "I'd like to show you what mean really is, bitch, cunt, whore, gold digger" or when he said that "I'll burn the goddamn house down" and that "I'm threatening, I'll put you in a fucking rose garden, you cunt. You understand that? 'Cause I'm capable of it."

At other times in the interview, Gibson was understandably tight-lipped about aspects of his personal life -- he's still got a young daughter to raise and court orders to honor. But he insisted he entered the no contest plea simply because "I could have continued to fight this for years and it probably would have come out fine. But I ended it for my children and my family" -- a boldly confident statement in light of the photographic evidence of Grigorieva's teeth after Gibson got through with her, and the tape of Grigorieva telling him, "You were hitting a woman with a child in her hands. You. What kind of a man is that? Hitting a woman when she's holding a child in her hands? Breaking her teeth, twice, in the face, what kind of man is that?" To which Gibson angrily replied, "You fucking deserved it."

Fortunately for Gibson, in a world where Charlie Sheen can do a sold-out tour and Chris Brown can have a No. 1 album, audiences can be very forgiving toward a man who will wallop a woman, call her a whore and then insist he's been betrayed. And based on some of the comments for the story applauding his "courage" and "class beyond measure," Mad Max still has plenty of supporters beyond Whoopi  and Jodie. But the next time they see a genial, well-coached Gibson insisting he's never treated anyone badly, they might do well to remember the furious, verbally abusive side of Gibson he never intended the world to hear. At one point in the interview, Weiner observed to Gibson that "Your public persona is not really you." Whatever else he said in the service of self-promotion, believe what he said when he responded to her: "It never is."