Let's put this one to rest: The story of her youngest child's birth is not the reason Sarah Palin became a star 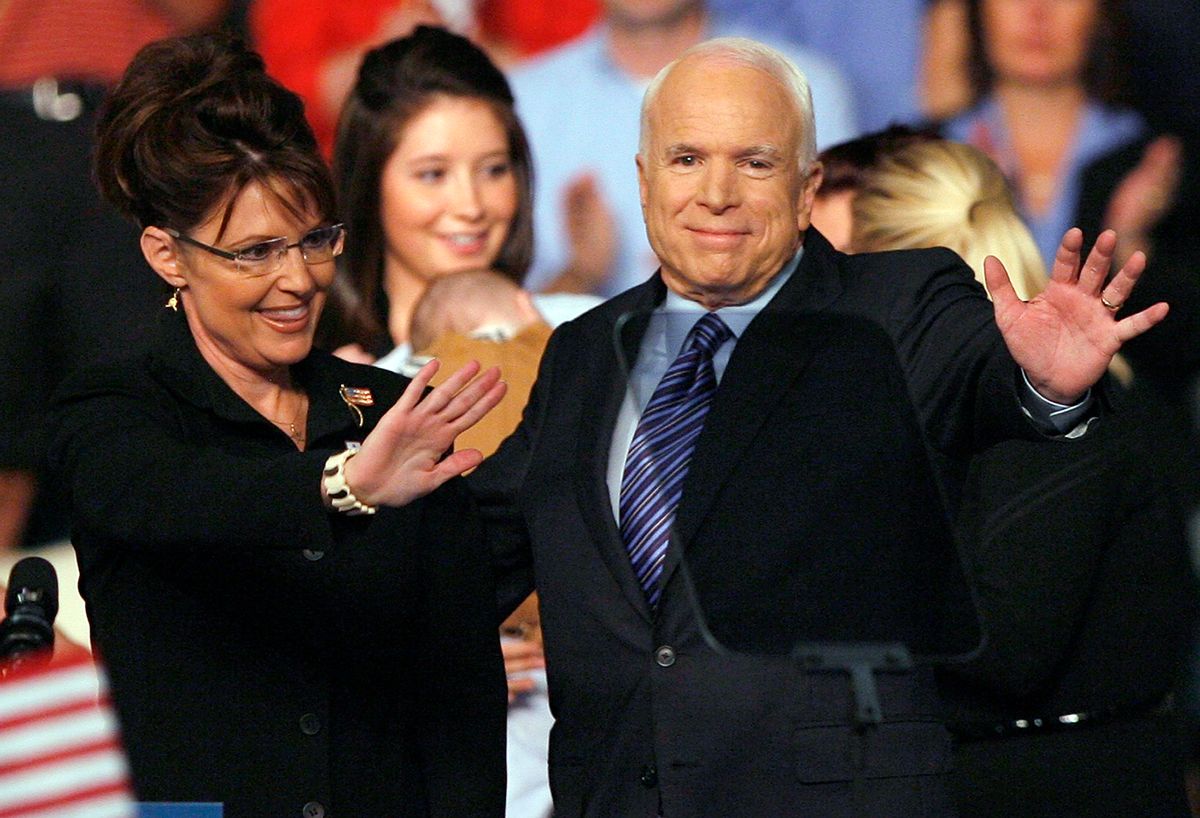 Like most media outlets, we've resisted engaging with "Trig birtherism" -- the notion that Sarah Palin may have somehow faked her pregnancy in 2008 -- for all sorts of reasons, not the least of which is that there's really no cause to suspect any kind of coverup in the first place.

But, as with claims that President Obama wasn't actually born in the United States, suspicions have flourished in some corners and -- especially with the release of what was purported to be an academic paper on the subject last week -- the conspiracy theory has made its way closer and closer to the mainstream. Lately, for instance, Andrew Sullivan has been blogging up a storm on the subject, arguing that the official story of Palin's pregnancy involves "so many bizarre details and choices that a simple request for independent evidence ... is totally legit."

We'll have more to say -- very shortly -- on claims that Palin's version of events is fishy at all. (Short version: It isn't.) But first, a word on one of the key justifications that Sullivan has cited -- and that others have echoed -- for pursuing this subject: that it's relevant because Palin's pregnancy with Trig was instrumental to her rise to the national political stage. As Sullivan has put it:

A key advantage in getting her head above the crowd for a veepship was giving birth to a child with special needs. Why? Because for decades, the pro-life base has suspected that the GOP leadership just pays lip-service on the issue and doesn't believe it themselves (hence all their pro-choice wives). But by having a child with special needs - and advertizing her struggles about having one - Palin proves she is "one of us". And the news emerged just after McCain won the nomination.

The implication here, I guess, is that Palin calculated sometime in the winter of 2008 -- while John McCain, Mitt Romney and Mike Huckabee were still duking it out for the GOP presidential nomination -- that concocting an elaborate, daring and downright reckless plot to pass off someone else's child as her own would bolster her chances of landing on the ultimate GOP nominee's ticket. Even for those who have a low opinion of Palin, this should sound absurd on its face.

But putting that aside, it's simply not accurate to claim that the Trig story is what landed Palin on the ticket, or even on McCain's radar. What stood out about Palin to (some of) the McCain team were her gender and her supposed credentials as a reformer -- the woman who said "No!" to the Bridge to Nowhere (even if she really didn't) and who stood up to Big Oil on behalf of everyday Alaskans. It also helped that McCain needed a jolt, was prone to impulsive decision-making (remember when he suspended his campaign on a whim?), and had a dearth of options when it came to "bold" running-mate picks.

By just about all accounts, McCain badly wanted to put Joe Lieberman, the "independent Democratic" senator from Connecticut who had been campaigning at his side for months, on the ticket. This certainly would have qualified as a bold selection, but -- also by just about all accounts -- McCain was dissuaded by the insistent warnings of aides and top Republicans that choosing the pro-choice, pro-gay rights Lieberman might set off ugly demonstrations at the GOP convention and permanently turn off a conservative base that already didn't care much for McCain (and that was already in poor spirits thanks to the miserable state of George W. Bush's presidency). This logic also ruled out Tom Ridge, the equally pro-choice Pennsylvania governor and another man whom -- again by most accounts -- McCain wanted, at a personal level, to put on the ticket.

McCain would have to settle on a No. 2 who passed all of the conservative base's culture war litmus tests. But then another problem presented itself: There were logical V.P. picks with solid social issue credentials, but none of them would have qualified as exciting . And as the time came for McCain to make his call, it was abundantly clear -- to the candidate and to the whole world -- that the campaign was in dire need of a jolt. McCain, a 72-year-old white man with decades of Washington experience, was running against the first African-American ever nominated by a major party for the presidency. When it came to running mates, Tim Pawlenty just wasn't going to cut it.

Against this backdrop, Palin stood out -- for reasons that had nothing to do with her new child. She was adamantly pro-life, with or without the Trig story, and her other social issue positions were all in line with the GOP base. She was avowedly Christian, further increasing her potential appeal to the base that didn't trust John McCain. And she had -- or seemed to have -- the sort of "maverick" credentials that McCain was eager to stress in the fall campaign. Plus, it's not like McCain had many other non-white guy options. So he went with Palin, at the last minute and without any kind of vigorous vetting.

Did the Trig story further endear Palin to the pro-life community? Sure. But so did the news (which broke during the GOP convention) that her daughter Bristol was pregnant and would be carrying her child to term. There is really no reason to believe that the birth of Trig is what caught national Republicans' attention and convinced McCain to pick her. We already know the story of how Beltway Republicans came to notice Palin, and it has nothing to do with Trig. And we know why she was on McCain's radar: Because in a party littered with bland, pro-life white males, she stood out easily. McCain wanted a pick that everyone would talk about, and she was the only option. So he went with her. Trig had nothing at all to do with it.