Sarah Palin's pregnancy: What I saw

As a reporter in Alaska, I covered her when she was pregnant in 2008 -- and confronted her with the rumors 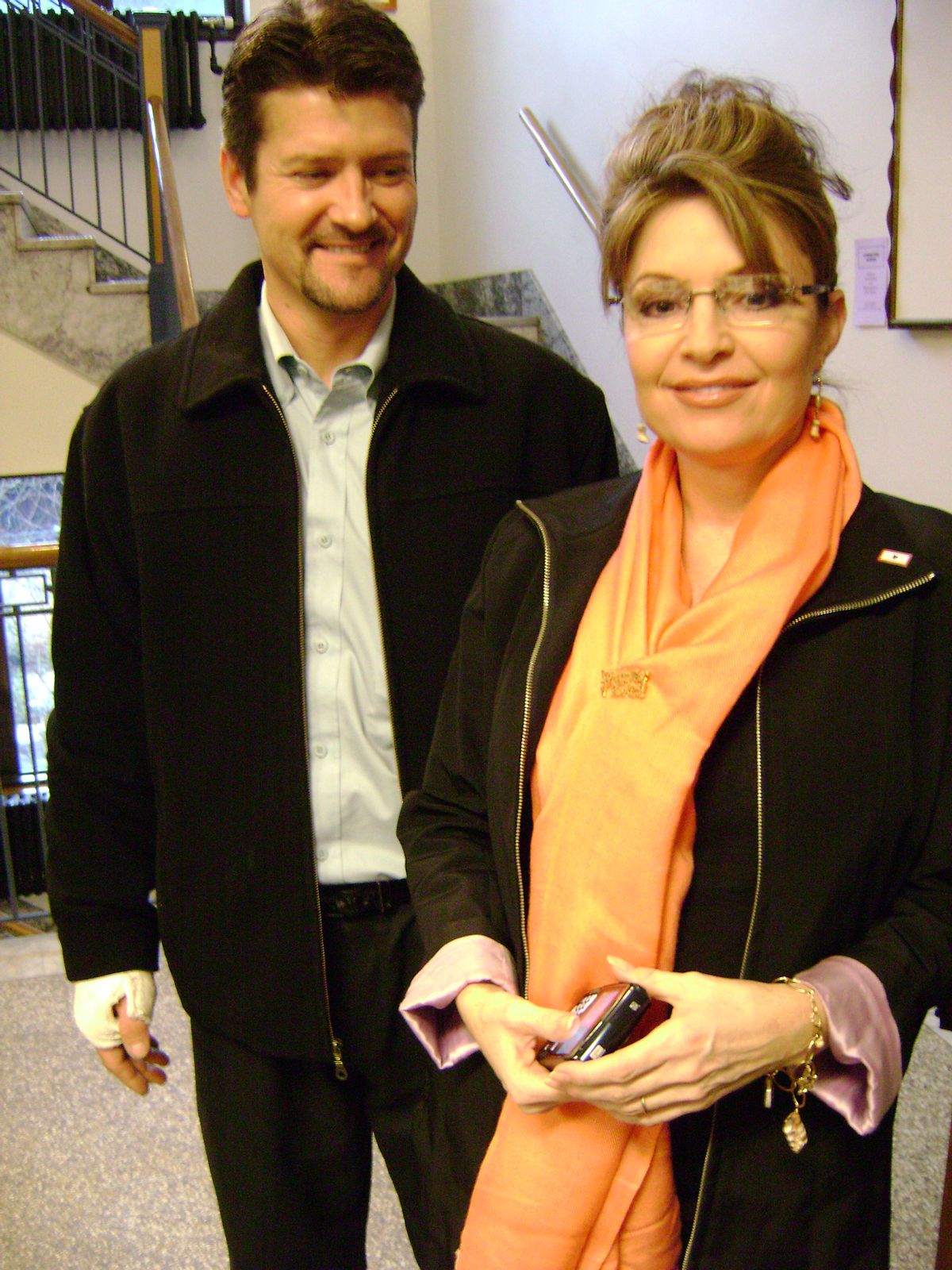 Sarah Palin and her husband Todd at the Alaska State Capitol on February 19, 2008. At the time, Palin was six months pregnant.
--

Wesley Loy was a reporter with the Anchorage Daily News when Sarah Palin revealed her pregnancy in March 2008. The story that he wrote about her announcement -- which noted that many in the Alaska political world were surprised and didn't think that Palin looked pregnant -- is routinely cited by those who claim that Palin may have faked her pregnancy. Loy, who has never previously spoken or written about his own observations on this subject, has provided the following account of the Palin he saw and interacted with in February and March 2008.

Like everybody else in Alaska’s cozy state capitol building, I was stunned to hear of Governor Sarah Palin’s pregnancy.

I was one of three reporters who got a call to come up to the Palin’s office at the close of business on March 5, 2008. I was told the governor wanted to tell us something. Standing just outside the main entrance to her third-floor office, at the top of the stairs, she told us the first family was expecting a new member.

The news was so stunning because, as I wrote in the next day’s edition of my paper, the Anchorage Daily News, she simply didn’t look pregnant. Certainly not seven months along.

In hindsight, I realized I had missed some clues. I’d snapped a photo of Palin and her husband, Todd, in the capitol on February 19, and looking back at that picture her face was unusually puffy, and she wore a huge scarf that covered her front. (Note: The picture Loy took that day appears at the top of this piece.)

Some days after the big announcement, I requested an interview with Palin in her office. Part of the reason for my visit that day was to ask her about talk around town that perhaps she wasn’t the only member of the family expecting a baby, that perhaps her daughter, Bristol, was as well.

Palin honored my request. I asked her not to be mad at me for what I was about to ask, and her eyes seemed to twinkle with anticipation. No, she said, just come out with it.

As I recall, she just dismissed it as more baseless gossip about her kids.

Then she told me that some were even suggesting that she was pretending to have a baby as a way to cover for her daughter. She reckoned that notion came from a storyline on "Desperate Housewives."

This was the first I’d ever heard of what has now become, as we know, a national obsession for some Palin watchers.

Anyway, Palin said it was all ridiculous. Then she backed her chair away from her desk to show me her (covered) baby bump, assuring me that, yes, she was pregnant.

For an instant, I thought of asking her to let me see or feel her belly but chickened out (something I now regret, given how this thing has taken off so).

After Trig’s birth, Palin seemed always to have the baby with her, carrying him in a shoulder sling. He seemed really small to me. Wesley Loy is now a freelance journalist in Anchorage and host of Deckboss (deckboss.blogspot.com), a news blog about Alaska commercial fishing.