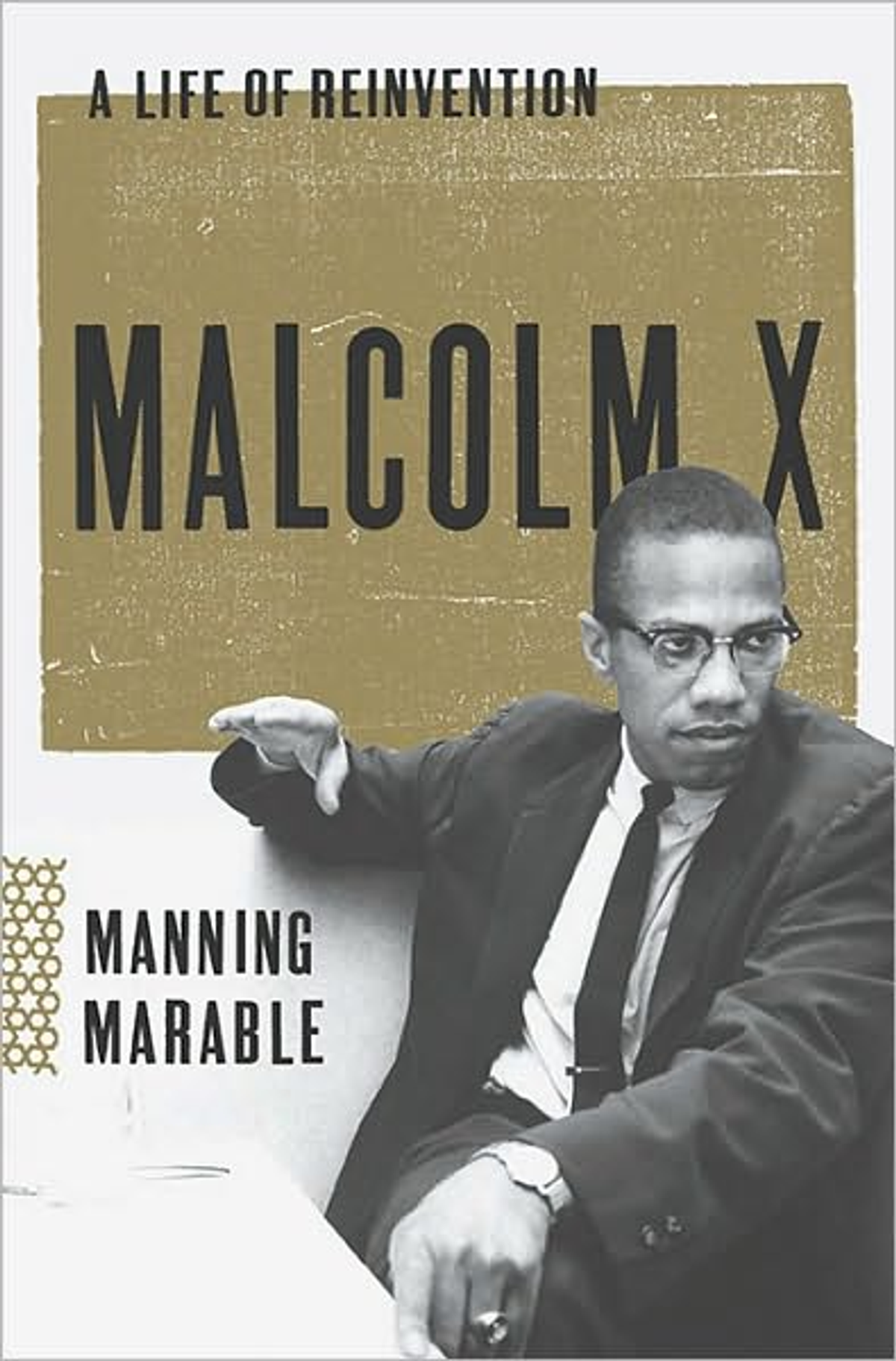 Manning Marable, the noted historian and professor of African-American Studies at Columbia University, died on Friday, April 1 -- a month shy of his sixty-first birthday and just days before the publication of his masterful new biography of Malcolm X. "Malcolm X: A Life of Reinvention" is a major reassessment of perhaps the most misunderstood figure of the civil rights era. It is also the crowning achievement of Marable's illustrious career.

Malcolm X and Manning Marable are well matched as subject and author. Marable was a Marxist historian who transcended the boundaries of any political orthodoxy, an author or editor of more than twenty books and hundreds of articles who saw no contradiction between academics and activism. This month also marks the publication of "Beyond Boundaries: The Manning Marable Reader", a collection that gestures at the breadth of Marable's erudition and the depth of his commitment to writing -- and to righting -- American history. Nowhere is this revolutionary spirit more apparent than in his account of one of the preeminent revolutionary voices of the second half of the twentieth century.

Marable's portrait of Malcolm inevitably invites comparisons to 1965's "The Autobiography of Malcolm X as told to Alex Haley". What must it be like to write a biography in the shadow of one of the best known and most beloved autobiographies of our time? In the research notes that follow the biography, Marable explains that his book was born out of a "critical deconstruction of the "Autobiography". Drawing upon newly available archival material, including audiotapes of Malcolm's speeches from the Nation of Islam's private vaults and declassified FBI files, the biography aims to restore the "historical Malcolm."

As told to Haley, Malcolm X's life has the page-turning appeal of a dime-store novel and the moral clarity of a New Testament parable. From "Satan" to "Savior," from "Hustler" to "Minister Malcolm X," the chapter titles alone suggest the redemptive arc of the book. The "Autobiography", like the 1992 Spike Lee film that it inspired, revels as much in sin as it does in salvation. Malcolm as hustler, as Detroit Red, is wildly charismatic -- an outsized anti-hero whose slick talk and street science seduce us. In the pages of the "Autobiography "one sees Malcolm's myth in the making, a myth that would finally see his complexities and contradictions reduced to a symbol that could be emblazoned on a baseball cap or captured in a catchphrase: "By any means necessary."

Perhaps the most significant departure that Marable's biography offers from the "Autobiography" comes in the new trajectory it suggests for Malcolm's life. Whereas the "Autobiography" spends nearly half of its 500 pages on Malcolm's dissolute youth prior to his conversion to Islam and release from prison, Marable dispatches the hustling Malcolm in just under a hundred pages, dedicating the balance of his 500-page book to Malcolm as he would refashion himself as activist and organizer.

Central to Marable's aim of restoring the "historical Malcolm" is a reassessment of Malcolm's politics. Marable offers the first thorough account of the organizations that defined Malcolm's core beliefs after his split from Elijah Muhammad and the Nation of Islam: Muslim Mosque, Incorporated and the Organization of Afro-American Unity. Marable rejects the facile claim that these organizations marked the moderation of Malcolm's militancy. Rather, they reflected the expansion of that militant position, driven by his growing understanding of power and politics. Inspired by his travels abroad and his embrace of a more orthodox form of Islam, Malcolm made the "leap from race-specific ideas to broader ones about class, politics, and economics."

The surfeit of detail Marable and his team of researchers uncovered, including a nearly day-by-day account of Malcolm's activities in the frenetic final years of his life, could have made for a fact-filled but lifeless book. Fortunately, Marable never mistakes mere incident for action. His penetrating narrative gets to the soul of his subject. The result is meticulous scholarship paired with masterful storytelling.

One might expect that such a careful exegesis of Malcolm X's life would result in the diminishment of his legend, but just the opposite is the case. With "Malcolm X: A Life in Reinvention", the man stands even taller than the myth. Marable provides a new architecture for understanding Malcolm X as a deeply flawed individual full of unresolved personal and philosophical contradictions.

Through Marable's lens, Malcolm emerges not as a redemptive symbol but as a political theorist and tactician. Malcolm's fate, Marable suggests, is bound up in the tension between his constant self-reinvention and his stubborn points of stasis. At once, Malcolm is a protean figure, morphing from street hustler to convict to minister to martyr; through it all, though, he remains doggedly dedicated to certain core beliefs, the most important of which Marable identifies as his "politics of radical humanism."

Humanism might not be the first philosophy one thinks of with someone famous for excoriating diatribes against "white devils." But it is precisely here where Marable uncovers Malcolm's salvific, if unachieved potential. "A deep respect for, and belief in, black humanity was at the heart of this revolutionary visionary's faith," Marable observes near the book's end. "And as his social vision expanded to include people of divergent nationalities and racial identities, his gentle humanism and antiracism could have become a platform for a new kind of radical, global ethnic politics."

The poet Robert Hayden once captured the essence of Malcolm X's life in a paradox: "He rose renewed renamed, became / much more than there was time for him to be." Nowhere is this more apparent than in Marable's biography. This is history at its finest -- written with passion and attention and drive. It is a fitting testament to the lives and the legacies of both subject and author.