Yemen's president agrees to step down 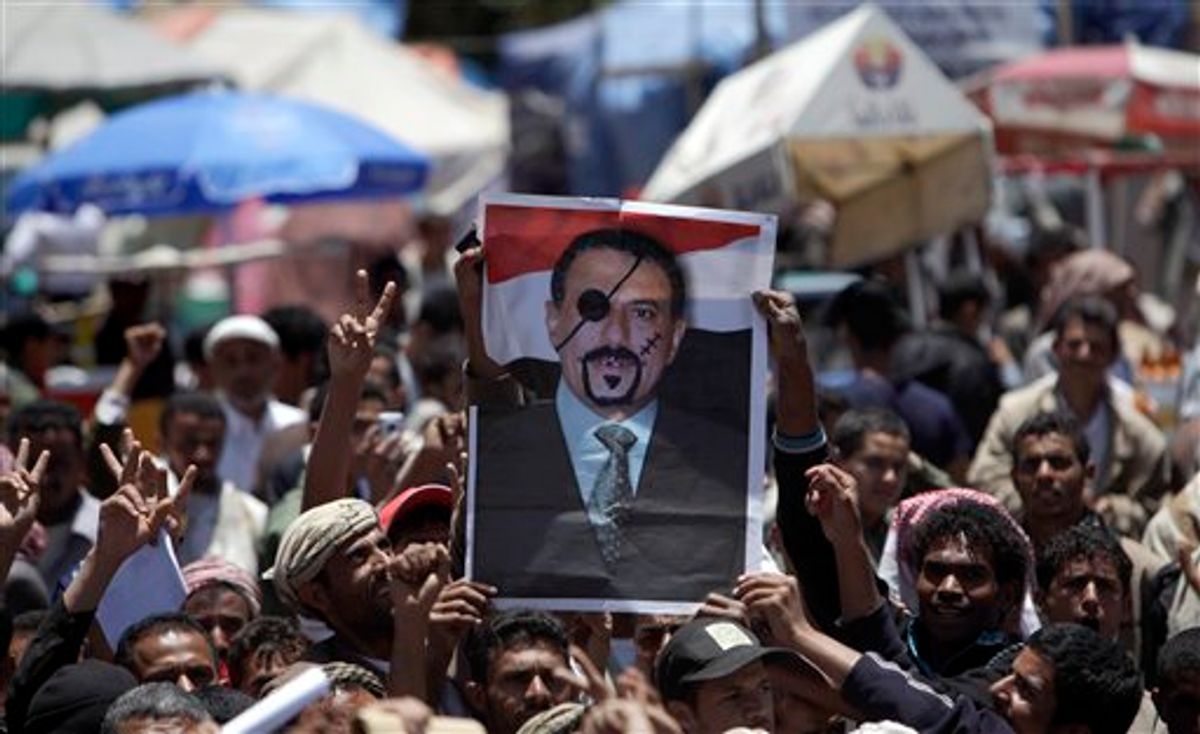 Anti-government protestors hold up a defaced poster of Yemeni President Ali Abdullah Saleh during a demonstration demanding his resignation in Sanaa, Yemen, Wednesday, April 20, 2011. A Yemeni opposition activist said a gunmen on A motorcycle opened fire at hundreds of demonstrators camped out overnight in a western port city, killing at least one and wounding several protesters. (AP Photo/Muhammed Muheisen) (AP)
--

State-run TV says Yemen's embattled president has agreed to a proposal by Gulf Arab mediators to step down within 30 days and hand power to his deputy in exchange for immunity from prosecution.

The protest movement demanding his immediate departure said Saturday it also has agreed to the mediators' proposal but with reservations. It objects to an article that gives parliament the right to reject the president's resignation.

The parliament is dominated by members of President Ali Abdullah Saleh's party.

The leader of 32 years has been clinging to power in the face of more than two months of massive street protests against his rule.

SANAA, Yemen (AP) -- Schools, government offices and private companies have shut their doors in response to the Yemeni opposition's call for a general strike aimed at putting more pressure on longtime President Ali Abdullah Saleh to step down.

Thousands of protesters kept up sit-ins Saturday at city squares in at least five provinces, two months into the impoverished Arab country's uprising against the entrenched regime.

Saleh, who has been clinging to power, showed no readiness for new concessions. He accused the opposition Saturday of "dragging the country into a civil war."