This week we're on the fence about Jeremy Renner as Jason Bourne, bombs strapped to Jesse Eisenberg and weddings 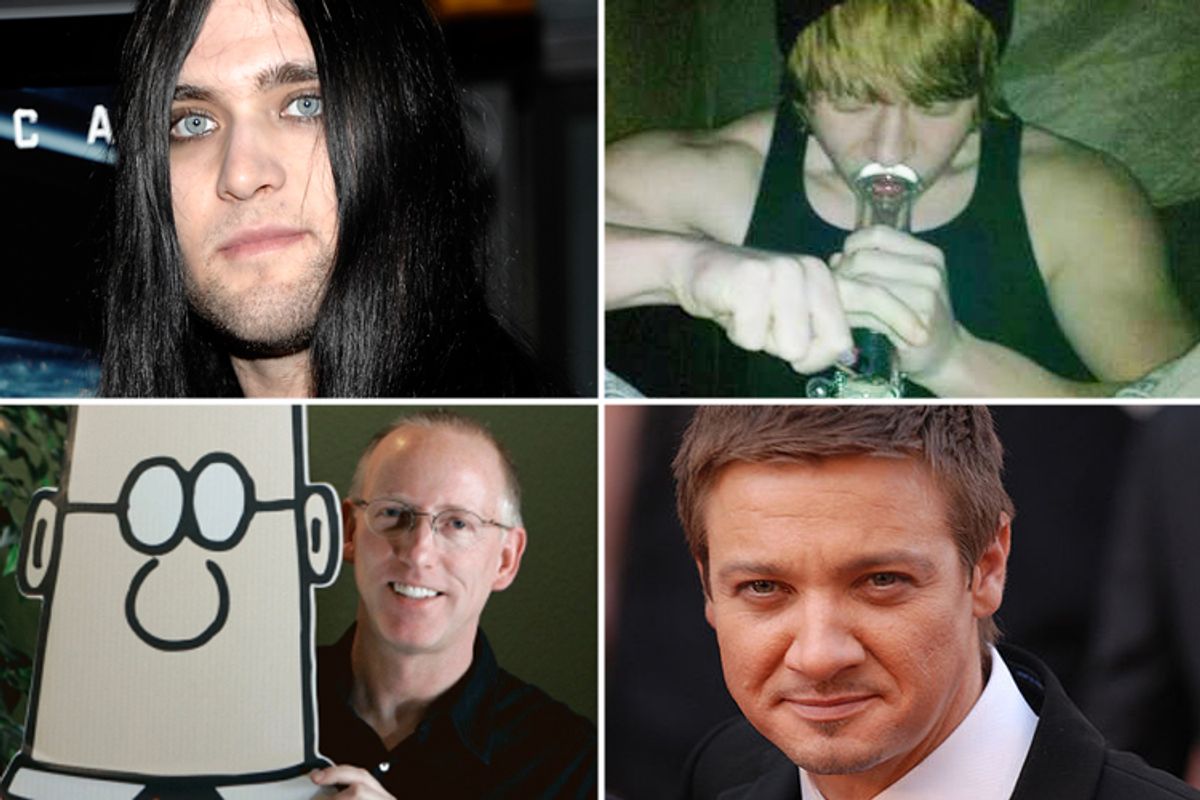 It's the week before the royal wedding of Prince William and Kate Middleton, and I am … kind of excited? I mean, I'm not sure if I'm going to set my alarm for 4 a.m. or anything, but it's definitely a historical moment. Maybe this feeling of cultural malaise has influenced all the other pop tidbits of this week, because I'm no longer sure if any of this news is good, bad, exciting or even relevant to my interests. Oh well, time to go look at videos on Cute Roulette!

1. 19-year-old Estibalis Chavez from Mexico went on a 16-day hunger strike to get to the royal wedding:  And as a reward for this kind of behavior, a lobbyist is sending her the airfare to get to London. She still won't be able to attend the ceremony though. Should we be encouraging this?

2. "Dilbert" creator Scott Adams defends Gwyneth Paltrow from an African-American blogger who wrote about her privileged life at Huffington Post: Thanks Scott, Gwyneth is doing a fine job being completely unlikable without your help.

3. "Come on Down!" is a documentary about "The Price is Right" that is six years in the making: Now it might not happen. Don't worry though; you can help by donating to the project on KickStarter. Seriously. I want to see this movie. Give them money.

4. Rupert Grint (or someone who looks a lot like him) was caught smoking a bong: Is there some way for me to work in a "Harry Potter and the Philosopher's Stoner" joke in here? No? Well OK then.

5. Nicolas Cage's gothy son Weston is engaged: Maybe you should have picked a different week to announce your wedding. One that didn't involve your dad getting arrested for alleged domestic abuse.

6. Jeremy Renner has been tapped for the next "Bourne" movie: I hope the CIA doesn't find out about his secret weakness … Christina Aguilera party-crashing.

7. Carina Chocano's op-ed in the New York Times about the feminism of "Thelma & Louise" versus "Pretty Woman": Turns out the movie about being a hooker that gets to go shopping isn't as girl-power as the one where two chicks kill a dude and then drive off a cliff together.

8. "30 Minutes or Less" trailer debuts: Jesse Eisenberg has a bomb strapped to his chest and is forced to rob a bank. Just like what happened to that guy in real life,  except this is a comedy with Aziz Ansari.

9. "Glee's" Chris Colfer is writing a pilot for Disney: Good for him. But if this cuts into any of his singing time, I'm going to take away his "Time 100" award.

10. Lindsay Lohan is either going to jail or getting a part in the Gotti movie:  Or possibly both. Or neither.