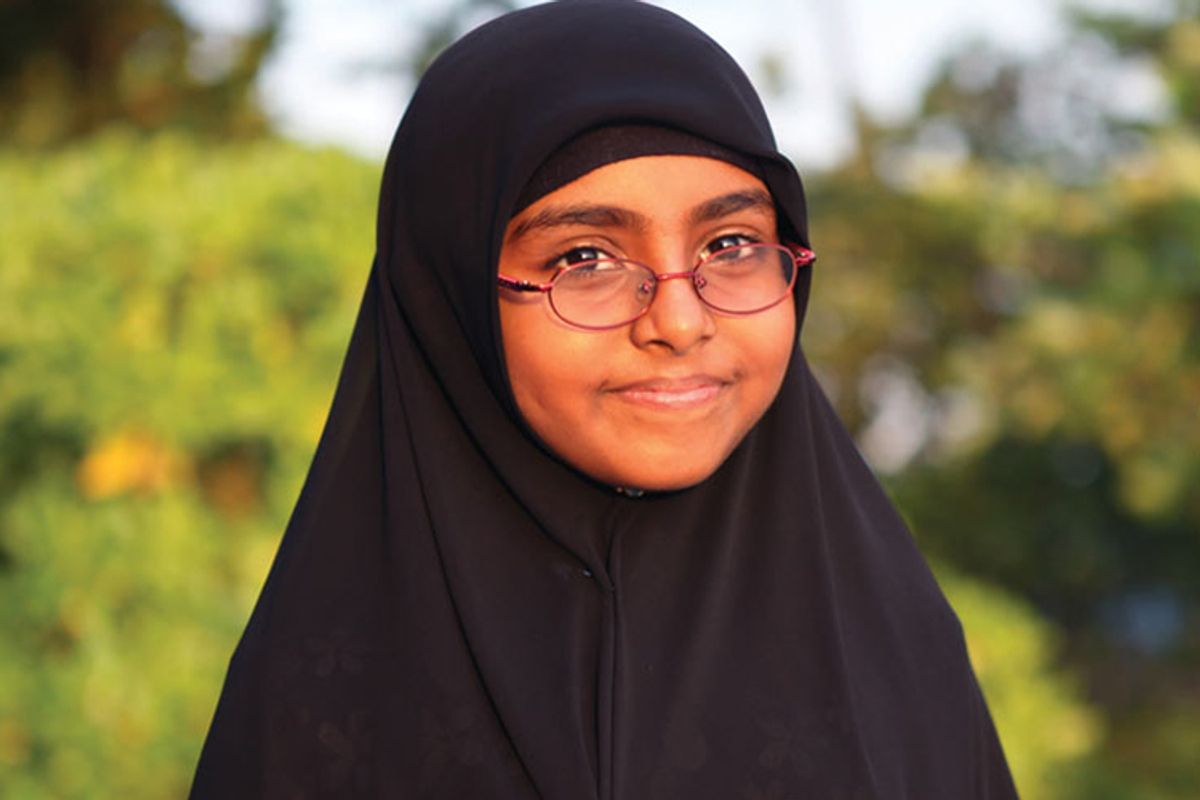 Here's the only thing I need to say about Greg Barker's documentary "Koran by Heart," which premiered this past weekend at the Tribeca Film Festival, at least after I tell you the title: It's a movie about the International Holy Quran Competition, held every year in Cairo, where students from all over the Muslim world show up to demonstrate their total recall of Islam's gospel, all 600 pages of it. It's "Spellbound" plus a poetry slam. Plus Islamic fundamentalism. Exactly: OMG. (I'm sorry about the variant spellings, by the way, but there's no consistent standard for transliterating Arabic into English. The movie uses "Koran" and Salon uses Associated Press style, which is "Quran." At least it's not as bad as Gadhafi/Gaddafi/Qaddafi/Khadafy etc.)

And here's the second thing about "Koran by Heart": It's a colorful and dramatic saga of human competition, with a fascinating setting and utterly irresistible pint-sized heroes, but it doesn't soft-pedal the things about 21st-century Islam that are likely to make at least some Western viewers uncomfortable. One of our stars is a 10-year-old kid from Tajikistan named Nabiollah, an angelic, big-eyed moppet who can recite the entire Quran from memory in an astonishingly pure boyish soprano, with remarkable command of melody and intonation. He's like the Justin Bieber of Quran recitation, and judges at the Cairo event seize on him as an amazing gift from Allah. But memorizing the Quran (in Arabic, which he does not otherwise speak or read) at a rural madrassa has nearly been Nabiollah's entire education; he is functionally illiterate in Tajik, his own language.

You can't say that about Rifdha, also 10, a cuddly, sparkling child from the Maldives (an archipelago nation in the Indian Ocean) who seems younger than her age but is something close to a prodigy. She excels at Quran recitation, but it's clear she would excel at anything she pursued. She studies advanced science and math, speaks several languages and yearns to be an undersea explorer and researcher. Her mother is fully supportive, but her father, a calm and thoughtful man with the untrimmed beard that indicates a certain stream of fundamentalism, insists that Rifdha must receive a strict Islamic education -- perhaps in Yemen, rather than the relatively liberal Maldives -- and become a housewife.

Perhaps most affecting of the film's three 10-year-olds, however, is Djamil, an earnest imam's son from an impoverished village in Senegal who travels to Cairo all by himself as a representative of an entire nation on the outer fringes of the Islamic world. Barker filmed the 2009 competition (when Egyptian president Hosni Mubarak, seen in the film, was still in power), which featured 110 contestants ranging in age from 7 to about 20, including a few from Western nations: a teenage girl from Italy, a 10-year-old Australian boy.

Whatever assumptions you might have about a Quran-recital competition, they're likely to be wrong. It's a high-tech affair held in a luxurious meeting hall, with a touch-screen interface and electronic scoring. (The finals are broadcast on live TV around the Arab world.) Although the contest is fierce and the atmosphere solemn, the judges are affectionate and supportive. Girls are not only not forbidden but encouraged; lead organizer Salem Abdel-Galil, an Egyptian government minister, is particularly excited about Rifdha, and eagerly explains that Islam sees men and women as equals. (Take it up with him, not with me!) A youthful and charismatic imam and TV personality, Abdel-Galil further elaborates that the annual competition was meant as a counterweight to extremism, as evidence that young Muslims can embrace the Quran in highly literal fashion without rejecting modernity or supporting violence.

I don't assume for a moment that those who are anxious about Islam in general or Western Muslims in particular will be mollified by "Koran by Heart," although you'd have to be hard-hearted indeed not to develop a rooting interest (Team Rifdha!) or a fascination with the impenetrable-to-outsiders rules and rituals of Quran recitation. But what looks and sounds to me like a purely aesthetic or musical event of course carries a more profound significance to believers. Muslims understand each individual recitation as an act of divine revelation, almost as potent as the initial revelation by the angel Gabriel to the Prophet Muhammad.

So if you want to see the Quran contest as a cynical P.R. event designed to paint a friendly face on a sinister global conspiracy, or a celebration of the coming world Caliphate, then carry on. But if you're open to the possibility that Islam in practice is an incredibly diverse spiritual and social movement that embraces 1.6 billion human beings and a lot of internal discussion and disagreement, and that the more we know about it the better, then "Koran by Heart" is a movie you've got to see. (The film will probably play on HBO later in the year, and theatrical distribution is also possible.)