The actor's new book is packed with A-list name-droppings. But can you figure out who's who? 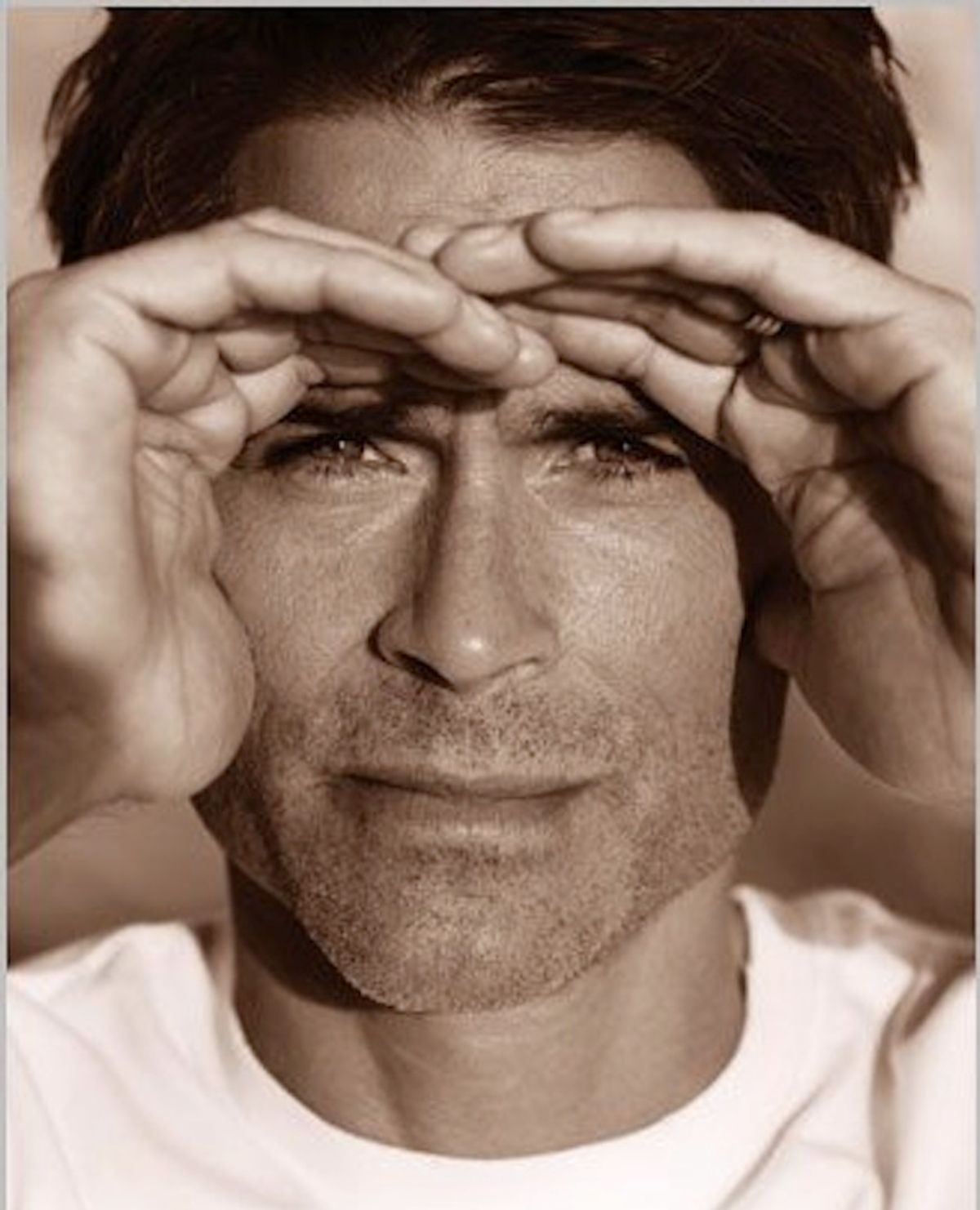 A golden god, his body is a microchip.
--

When The New York Times reviewed Rob Lowe's new memoir "Stories I Only Tell My Friends," they caught on pretty quickly to the actor's autobiographical shtick. Lowe knows he's handsome – and a pretty talented actor – but he also knows that people really want to hear about his famous friends:

In 1976 his mother moved the family to a modest house on Point Dume, in Malibu, Calif., because of its air quality, and guess who the neighbors were? Penns and Sheens. Rob is taken to see the miniature model for a cheesy sci-fi movie in the works, and guess what the battle station and spaceship are called? Death Star and Millennium Falcon…

Guess who liked to make home movies of his schoolmates? Chris Penn, brother of Sean. Guess who Chris’s best friend was? Charlie Sheen. Guess what Charlie’s father, Martin, had been doing? Having a meltdown while making "Apocalypse Now" for Francis Ford Coppola.

Yes it's true: before the Brat Pack was "the Brat Pack" due to the infamy of "St. Elmo's Fire," Rob was hanging out – whether by a freak run-in (like Liza Minnelli or John Belushi), or best friendship, like Emilio Estevez – with the stars. And he keeps you guessing who they are for a paragraph or two, giving you only their first names until at the very end of the chapter. That's when you learn that the "Sarah" he met for soda that one time with his then-girlfriend turned out to be … Sarah Jessica Parker! (Whom he never met again, apparently.)

In fact, the name-dropping in the book is so gratuitous even before Rob Lowe himself becomes a household name that I turned it into a game: Try to guess what celebrity Rob Lowe is alluding to in his autobiography!

Below, nine segments on A-list actors and celebrities Rob rubbed tawny shoulders with during his teen years. Pair them up with the famous person's names, and you win … nothing. You're still not Rob Lowe. Try the next round of the genetic lottery, kid.

1. I start talking to the kid from back East. He's open, friendly, funny, and has an almost robotic, bloodless focus and intensity that I've never encountered before. His name is ____ _____.

2. Driving away, down his long, winding driveway, I suddenly see him running down the hill chasing me in the big, white bathrobe. "You maaaan! Young maaan!" he calls, rushing up to my driver's-side window.

"I thought you might like to have these!" he says, slightly out of breath. His arms are filled with products from Faberge, where he sits on the board. He fills my car with boxes and boxes of Brut aftershave and soap on a roap.

3. In history class I bond with a hilarious, madrigal-singing maniac named _______ ______. No one is funnier or more brilliant at stream of conscious banter.

4. ______ ______ is also a conspiracy-theory freak, who sometimes wears a bulletproof vest under his clothes to school, and together we debate everything from the likelihood that the moon is hollow and whether the trilateral commission killed JFK to the authenticity of the moon landings.

5. "What ya boys doin'?" demanded a man dressed from head to toe in army fatigues and wielding a gigantic baseball bat ….

6. ______ comes from a big family with a tons of show business savvy … On the day when our show is mercifully canceled, we console each other.

7. There is a commotion at the stage door. The storm has stopped, the sun's come out, and its blinding light streams in as a man dressed like a homeless person enters. He has long, filthy hair, a three-day beard, and ripped, stained, Mad Max leather pants. He is also on roller skates.

8. "You bet, yaaaawoooo!" hoots ___ ____, clapping his hands together and yelping like a wolf. I love his enthusiasm. He makes Tom Cruise look lobotomized.

How did you do? I kind of gave you a pass on that Christopher Walken one. And I didn't add in the section about Rob and Michael J. Fox sharing a bed together. Sorry! You'll just have to pick up the book if you want to read about that, or the time Roman Polanski made him choose between two French women to have sex with. Fun for all ages!