WikiLeaks' newest scoop, published by a number of newspapers Sunday night, has been condemned by the government 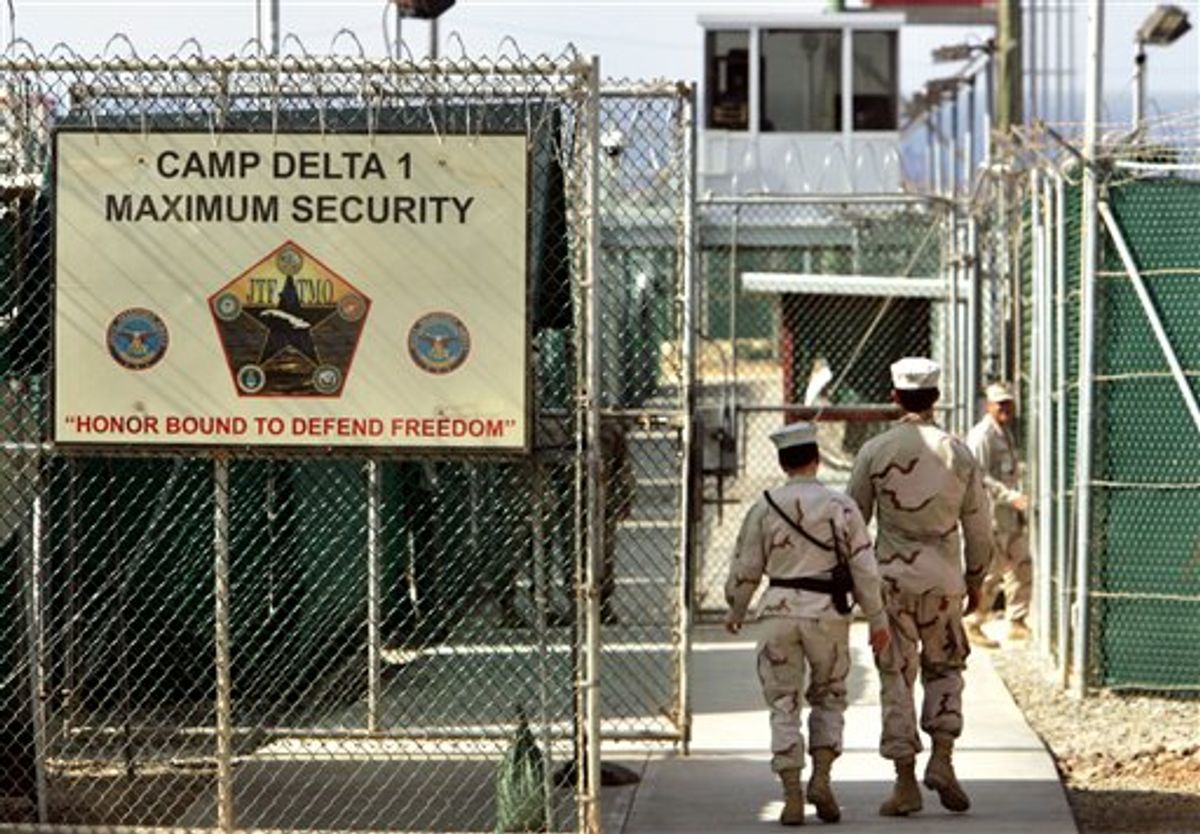 Secret documents about detainees at the Guantanamo Bay prison reveal new information about some of the men that the United States believes to be terrorists, according to reports about the files released by several American and European newspapers. The U.S. government criticized the publication as "unfortunate."

The military detainee assessments were made public Sunday night by U.S. and European newspapers after the WikiLeaks website obtained the files. The records contain details of the more than 700 detainee interrogations and evidence the U.S. had collected against these suspected terrorists, according to the media outlets.

It's not clear if the media outlets published the documents with the consent of WikiLeaks.

The files -- know as Detainee Assessment Briefs or DABs -- describe the intelligence value of the detainees and whether they would be a threat to the U.S. if released. To date, 604 detainees have been transferred out of Guantanamo while 172 remain locked up.

The disclosures are likely to provide human right activists with additional ammunition that some cases against inmates appear to be based on flawed evidence. However, the DABs show certain inmates were more dangerous than previously known to the public and could complicate efforts by the U.S. to transfer detainees out of the controversial prison that President Barack Obama has failed to close.

The dossiers provide new insights into some of the prison's most notorious detainees such as Khalid Sheikh Mohammed. According to The New York Times, Mohammed, the alleged mastermind of the 9/11 attacks, commanded a Maryland resident to kill Pakistan's former present Pervez Musharraf.

Another high-value detainee, Abd al-Rahim al-Nashiri, bragged that he outranked Mohammed who was then considered the terrorist group's No.3. Al-Nashiri faces charges before a military commission for his suspected role in the 2000 bombing of the USS Cole. According to The Times, Al-Nashiri was also consumed with jihad and believed women were a distraction.

He was so "dedicated to jihad that he reportedly received injections to promote impotence and recommended the injections to others so more time could be spent on the jihad," according to al-Nashiri's file.

U.S. officials said the documents "may or may not represent the current view of a given detainee" and criticized the decision by media organizations to publish the "sensitive information."

The classified files contain rare pictures of many of the inmates. One shows Abu Zubaydah, who has been described as al-Qaida's "travel agent," sporting a beard and an eye patch. Zubaydah was captured in Pakistan in 2002 and taken to several CIA black sites overseas until he was transferred to Guantanamo in 2006 for the second and last time.

The files do not mention what happened to Zubaydah and others while they were in CIA custody. Zubaydah and Mohammed were both waterboarded dozens of times by CIA interrogators.

The Washington Post reported that the DABs offered new details about the movement of Osama bin Laden and top deputy Ayman al-Zawahiri after the 9/11 attacks and the internal disputes that erupted within the terrorist organization.

Many of the 704 assessments are riddled with ambiguous language. A Times analysis shows the word "possibly" is used 387 times.