The ad that could help fuel a health crisis

Anti-vaccinationists took out a billboard in Times Square. How can they do that, and why aren't we fighting back? 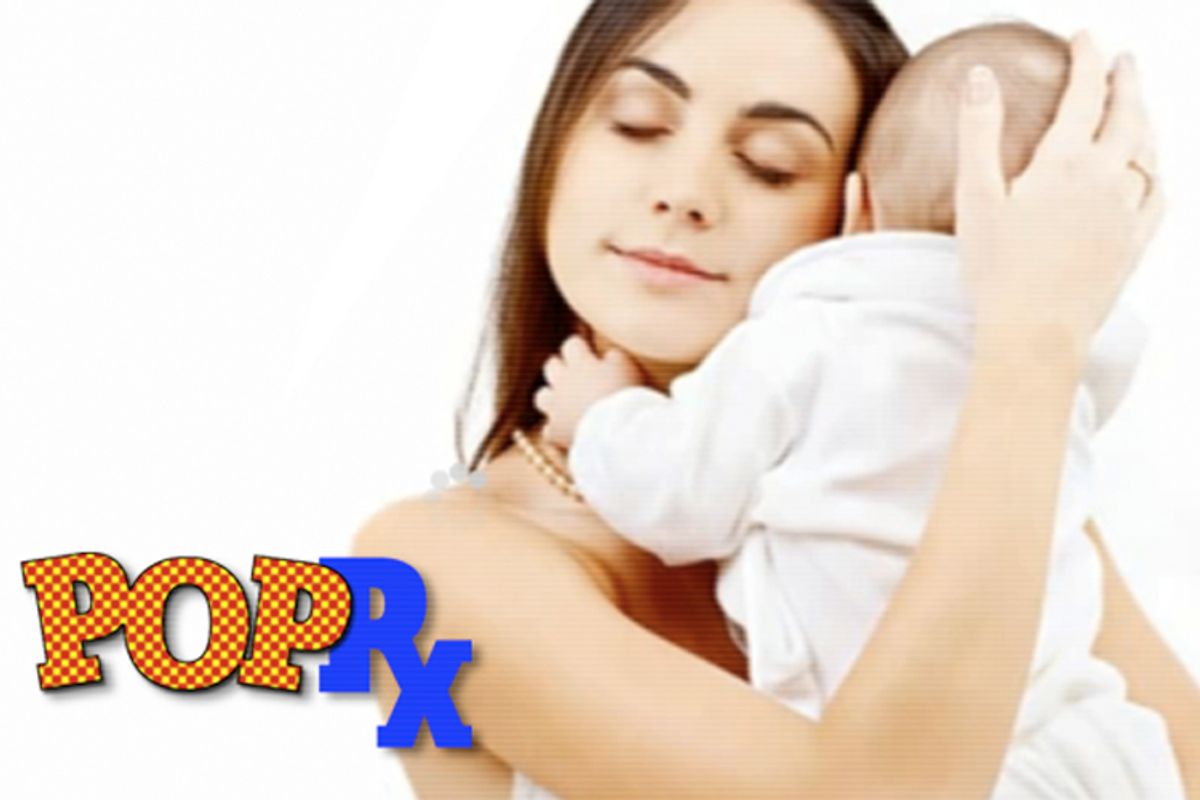 A year ago, as I strolled through a park in Mumbai, India, with my wife and 2-year-old daughter, two women in Saris approached us. One of these women had an old Igloo cooler swinging from her hand. The other, speaking in Hindi, asked me if I wanted to give my daughter a polio vaccine, doses of which were in that Igloo. While we politely declined the vaccine (my daughter was up to date), as both a physician and parent, I was thankful they had asked, and impressed at the lengths India has been going to in order to eradicate polio.

Contrast that public square with another one, half a world away. This one is in Manhattan. Between April 11 and 28, 2011, a jumbotron in Times Square is flashing the following announcement every hour:

If you surf over to the official-sounding "National Vaccine Information Center" to "get the facts," the information you'll read is liable to scare you into not vaccinating your children. Among other things, the founders of NVIC seem to suggest vaccines are toxic, full of ingredients that will harm your child, none of which has ever proved to do so. Founded in the 1980s, NVIC is the granddaddy of anti-vaccine groups (though they go to great lengths to claim they are not). In the words of Michael Specter, journalist and author of "Denialism: How Irrational Thinking Hinders Scientific Progress, Harms the Planet and Threatens our Lives," NVIC is "the most powerful anti-vaccine organization in America, and its relationship with the U.S. government consists almost entirely of opposing federal efforts aimed at vaccinating children." Taking what NVIC says about vaccines at face value is akin to believing Joe Camel when he tells you that smoking doesn't cause lung cancer. The ad was created in conjunction with mercola.com, the website of Dr. Joseph Mercola, another anti-vaccinationist who espouses other out-of-step ideas. For more details see his blog on -- where else -- the Huffington Post.

The NVIC isn't the first anti-vaccine organization to leverage Madison Avenue. The Jenny McCarthy-fronted anti-vaccine group Generation Rescue has taken out in-your-face, full-page ads in USA Today and the New York Times with its own anti-vaccine tag lines.

But the ad raises important questions at a moment when getting direct and unambiguous medical advice can be tricky, and when the impossible-to-quiet vaccine controversy has taken its place alongside other internet-fueled conspiracies -- from Obama's birth certificate to the particular details of Sarah Palin's youngest child -- in the collective psyche. What are the ethics in advertising when the message could be harmful to your health? And given that we know the NVIC's claims to be false, why hasn't the response from the public health and medical community been more aggressive?

To answer the first question, I first turned to Arthur Caplan, perhaps the most well-known and respected medical ethicist in America. The billboard, he told me, is "nothing less than a scandal. It is akin to putting ads denying the Holocaust on the jumbotron, except that people could die as a result of this one." To Caplan, the ethical question that the jumbotron owner faces is whether or not the ad sends a message that would lead to harm, especially to kids too young to be vaccinated. While it would certainly be nice if the company -- CBS Outdoor (part of the CBS Corp., which did not respond to my request for a comment) -- had the backbone to vet the NVIC's underlying message, Caplan felt it had no legal duty to do so.

By now, nobody is naive to the fact that advertisers aren't straight-shooters when it comes to the public's health. Anyone who wants to glimpse the tangled relationship between morality, huge commercial profit and a burgeoning health crisis need only look at the decades-long fight over tobacco advertising. But at a time when we've become savvy ad consumers, who roll our eyes at the claims of weight loss pills and miracle products, the NVIC campaign is that much more nefarious -- because here the information in dispute is cloaked as a public service announcement.

I reached out to the trade group, the Outdoor Advertising Association of America, for answers to these questions, but I didn't get a response. I was politely referred to OAAA's code of conduct. As it turns out, CBS Outdoor's CEO Wally Kelly is also the chairman of the OAAA's board of directors, and their code states that, while the company supports the free speech rights of advertisers, it also supports the right of outdoor advertising companies to reject misleading advertising. Just below that bullet point come two more: "Protect the Children" and "Support Worthy Causes." Given those points, I'm having a hard time believing that Wally Kelly has ever read his own code of ethics. (If the OAAA does get back to me, I'll certainly update this.)

Even more troubling, though, was the lack of outrage from the medical and public health community. Did we plan to simply ignore the problem, to wish it away? That clearly is not happening -- and as the rational vaccine advocates remain quiet and polite, hysterics have taken the microphone and spread a powerful, dangerous message. Over the past several years, we've seen parents refuse to vaccinate their children, leaving them, and the communities they live in, vulnerable to preventable diseases. It's happening right now in Minnesota, where at last count 20 kids have contracted measles.

The CDC has excellent information to educate parents about the benefits of vaccines in an effort to counter the anti-vaccine rhetoric. But we need to do more than dry, rational facts. We need strong dose of passion. The American Academy of Pediatrics (to which I belong) got closer to that emotion when it sent a strongly worded letter to Wally Kelly. "By providing advertising space to an organization like the NVIC ... you are putting thousands of lives of children at risk," wrote the president of the AAP.

That candor may be uncharacteristic of a "professional organization," but it's very welcome. For too long, Jenny McCarthy and other anti-vaccinationists have been allowed to weave story after story, all of their claims about the dangers of vaccines going unchallenged. When we do challenge them, we stumble all over ourselves. Seth Mnookin, the author of "The Panic Virus" recently pointed this out when he contrasted how the AAP announced the free release of 18 vaccine safety reports the same day Robert MacNeil began a series of reports about autism on his former show, "PBS Newshour." MacNeil’s reports have been widely criticized for failing to accurately address the issue of vaccines and autism (MacNeil’s grandson has autism, and his daughter believes vaccines are responsible for it). The day the series started, here was how the AAP announced the reports: "eFirst articles are published online in advance of appearing in standard issue of the journal. These articles have been peer-reviewed, edited, typeset and approved by the author."

After reading that gibberish, I'm inclined to agree with Mnookin, who wrote, "the fact that so many people still believe vaccines cause autism is due to many factors -- but ultimately, I think it’s a failure of communication on almost every level."

But we're starting to see some pushback. Recently, CNN's Sanjay Gupta asked Bill Gates about America's anti-vaccine movement. Gates, who has declared this the decade of vaccines and invested billions of his own money to develop and distribute vaccines across the world, threw a heavyweight uppercut straight into the chin of anti-vaccinationists everywhere:

"So it's an absolute lie that has killed thousands of kids. Because the mothers who heard that lie, many of them didn't have their kids take either pertussis or measles vaccine, and their children are dead today. And so the people who go and engage in those anti-vaccine efforts -- you know, they, they kill children. It's a very sad thing, because these vaccines are important."

That public scolding of anti-vaccinationists was long overdue. But high-profile defenses of vaccines are still few and far between. The AAP's letter may have been passionate, but it's still  available only to people who click through links to get to it. It's invisible next to a jumbotron in Times Square. I can't even find a copy of the letter on the AAP's own website.

We in medicine need more than letters and passive education for parents on a website. What we really need are some Mad Men of our own. If you want guidance, look at what the folks at the the American Legacy Foundation have done with their anti-smoking campaign, The Truth. Who can forget the TV commercial where a truck pulls up to the headquarters of a tobacco company and teenagers jump out, carrying body bags? We need powerful and unforgettable messages that remind us what's at stake here.

Have you heard the horrifying whoop of pertussis? Seen how meningitis kills and maims kids, or the painful, paralyzing rigor of every muscle in the body of a child with tetanus? Dear AAP, collect those sights, sounds and the true stories of kids injured by vaccine-preventable diseases and the parents who cried for them when they got sick. Then have the audacity to buy space on a jumbotron, right next to NVIC's, or in a newspaper the day after Generation Rescue takes out another of its bogus ads. Tell the stories of those parents and children -- if they're still alive today -- and make it clear that choosing vaccines means choosing health for kids, families and communities.