White House war on Easter: Party, but no proclamation?

How can we possibly trust a president who doesn't remind us that he knows which Christian holiday it is? 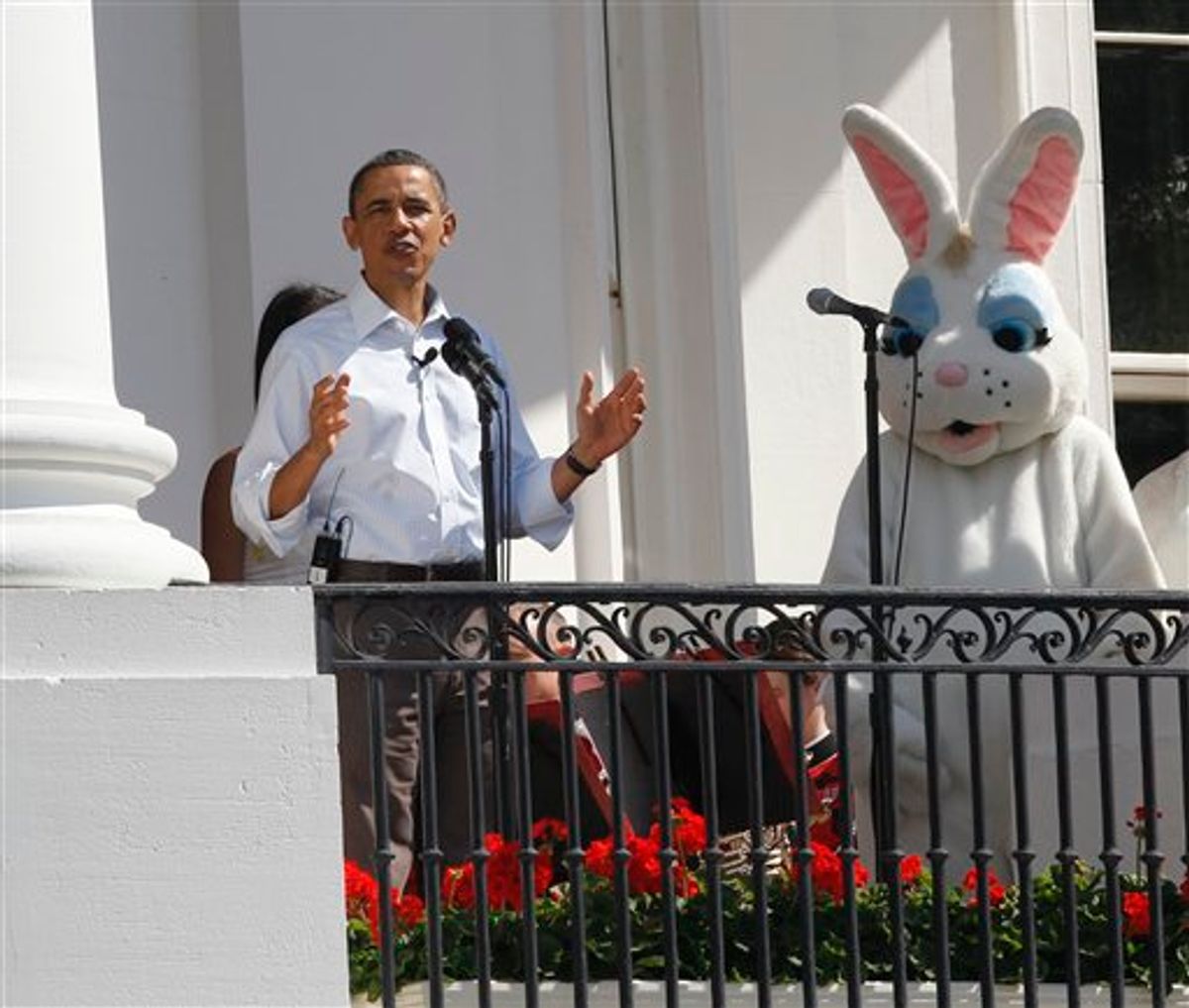 Barack Obama says he's a Christian, but he refuses to celebrate Easter, the holiest of Christian holidays not involving Santa. As Fox Nation reports, the White House didn't release an Easter proclamation. Because it hates Easter.

In addition to hating Easter, the Obama Administration seems to love ... a different religion:

President Obama failed to release a statement or a proclamation recognizing the national observance of Easter Sunday, Christianity's most sacred holiday.

The White House also failed to release a statement marking Good Friday. However, they did release an eight-paragraph statement heralding Earth Day. Likewise, the president's weekend address mentioned neither Good Friday or Easter.

Why does the White House ignore the resurrection of Jesus Christ while honoring secular liberal Islamofascism?

Thankfully, our press corps was on the case! White House Press Secretary Jay Carney was asked why the president declared war on Easter at today's briefing. He literally laughed at the question, instead of answering it. The arrogance of this administration is breathtaking:

Sure, the White House had its annual "egg roll" on the lawn, with tens of thousands of children and a giant rabbit and general Easterness, but without a White House proclamation how could anyone have known yesterday was Easter? As Fox Nation commenter "jfitz" writes: "He gives his flock a happy Ramadanadingdong, but shows little regard for Easter. Why give his slight a second thought. After all, he is not of our culture."