Sorry candidates, the "best job in America" is now filled. Can you tell the difference? 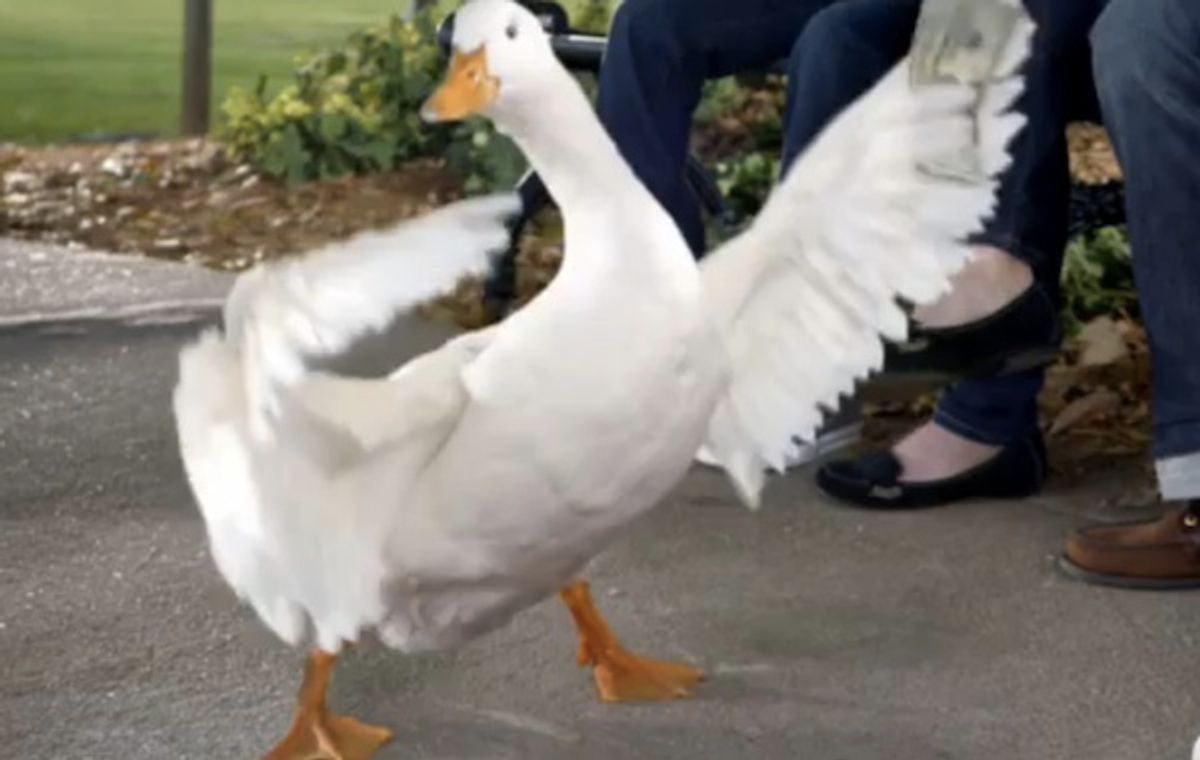 Is this the same squawk?
--

After Gilbert Gottfried was fired as the voice of the Aflac spokes-duck for making some inappropriate jokes on Twitter, the entire country held its collective breath to find out who would be the new voice of its campaign. Someone who could do a passable Gottfried impression, or a completely new type of voice for the duck?

The company itself went on a nationwide search to hire someone for "America's greatest job," which … we're still not exactly sure why being the voice of a duck is better than being the president, but then again, you don't have to show your birth certificate to work at Aflac. Anyway, if you were thinking of applying, it's too late. The position has been filled. Listen to the dulcet tones of the new Aflac duck:

Though he may sound the same (not that they've given the duck a lot to say), this new mascot is being voiced by " 36-year-old Daniel McKeague -- a sales manager and father of three from Minnesota who beat out 12,500 contestants who tried out for the chance to replace Gottfried," according to E! Online. No word yet about what McKeague is and is not allowed to post on his Twitter feed.