Jack Vale's video series may seem lighthearted, but it has serious surveillance undertones 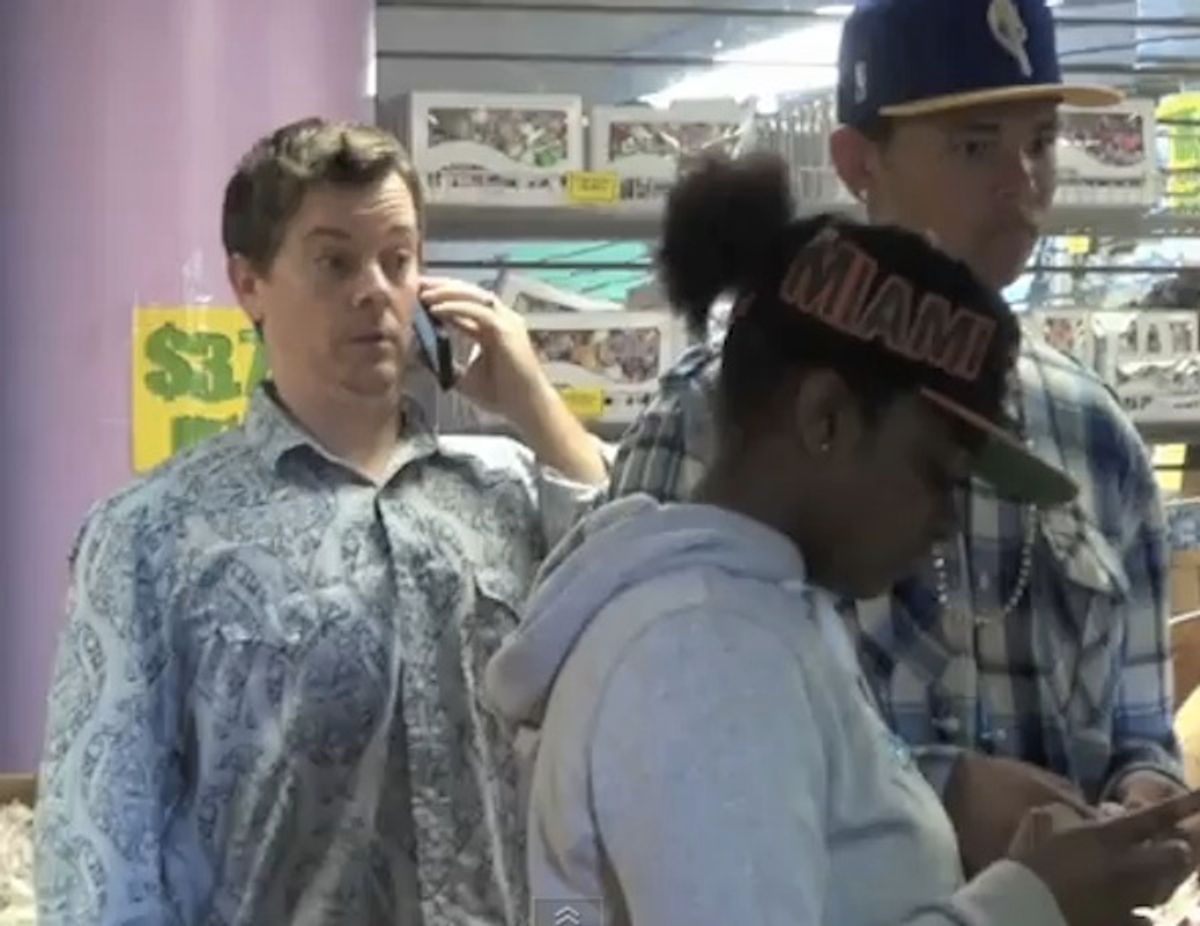 Is it just me, or does comedian and YouTube prankster Jack Vale look like he could be Johnny Knoxville's more laid-back, blond cousin? It would make a weird sort of sense: Vale, like Knoxville, specializes in gags, though his are more cerebral in nature than those of the "Jackass" creator. What Vale does is a specialized form of the candid camera trick: one of his bits involves him following random people at a mall or store, updating some anonymous friend on his cell phone about what these strangers are doing. Close by, a friend secretly tapes the reactions of Vale's victims as they start catching on. Here is his most recent video, released yesterday:

What is fascinating about Jack Vale's films is how they are both prank and reality. The premise here is why anyone would care what food you're picking out at a supermarket. But at the same time, Vale is taping you and manages to rack up thousands of hits with every video, so apparently people do care what strangers are eating these days. I would like for someone to go all Jason Bourne on Vale and turn the table. See how the hunter likes being the hunted.