"Turn Me On, Goddammit" offers a dry, appealing Nordic farce about a sex-obsessed small-town teenage girl 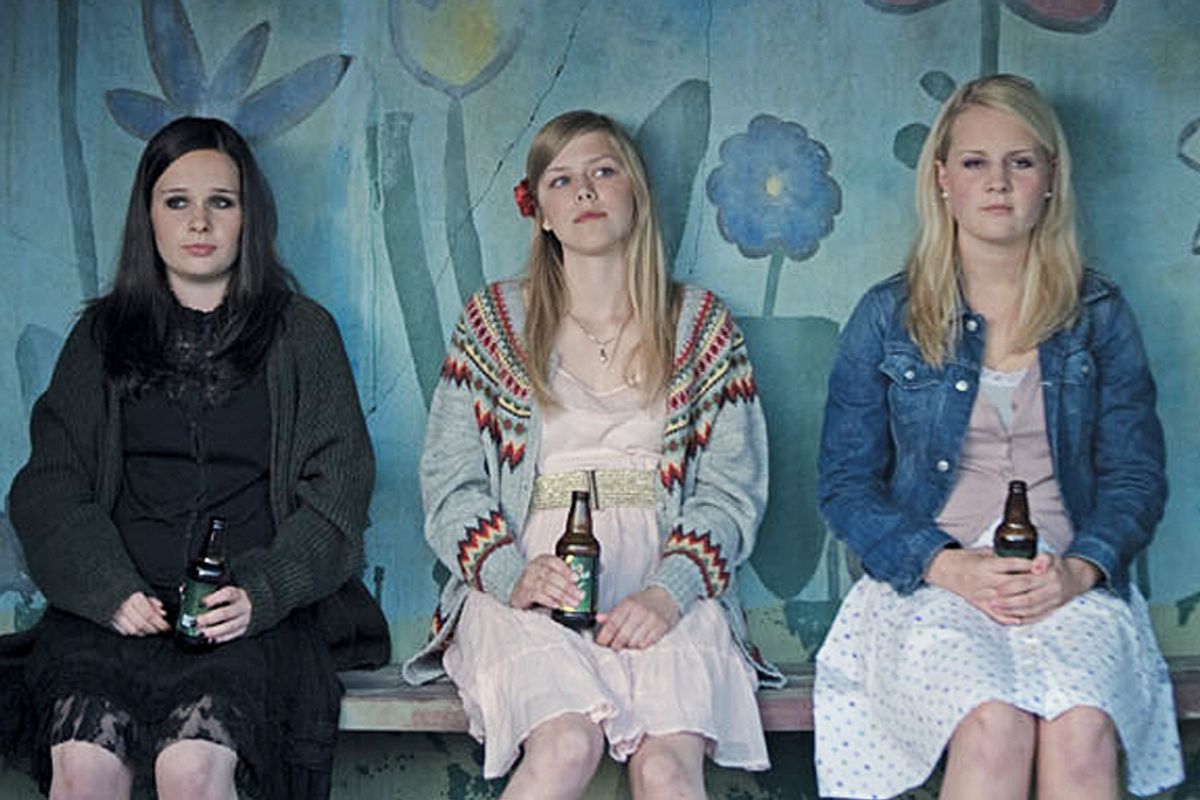 When we first meet Alma (Helene Bergsholm), an angelic blonde of 15 or 16, she's sprawled out on the kitchen floor with her hand down her pants, eagerly responding to the instructions of a phone-sex interlocutor called Stig. Sadly, that's as hot as things get for Alma in her sleepy fjord-side village (I'm not even going to try to spell it); she's got Stig on the horn and she's got elaborate nightly fantasies about Artur (Matias Myren), a sleepy-eyed local dreamboat who seems to like her, but not quite enough or not quite that way. If you're about to sniff that you can't imagine a teenage girl actually resorting to phone sex, that's not the point; despite the veneer of downscale European realism in "Turn Me On, Goddammit," writer-director Jannicke Systad Jacobsen is definitely leading us into the realm of farce.

Things don't improve for Alma after Artur either does or does not reveal his glorious throbbing manhood to her in an intimate moment amid the ruined outdoor furniture behind the local youth center. Her friends don't believe her, and Alma becomes a social pariah and the subject of bathroom graffiti. Given that she's endlessly distracted by sexual fantasies anyway -- involving her boss at the convenience store, her best friend's bitchy sister and pretty much anyone and everyone else -- Alma herself can't be entirely sure what happened.

Shot in bleached-out picture-postcard colors with a few intriguing fillips -- sequences told via black-and-white stills; semi-animated letters written to Texas death-row inmates (I really can't explain it) -- "Turn Me On" is fundamentally a wry, affectionate small-town movie, but one that sneaks up on a genuine feminist issue. Boys Alma's age are expected to be sex-obsessed, but a girl who yearns for action is relentlessly stigmatized, even in the context of a supposedly nurturing and tolerant social democracy. Alma escapes (very briefly) to the bohemian freedom of the big city and scores a modest victory against repression and hypocrisy, but it's one female libertines everywhere (and their companions) can embrace.