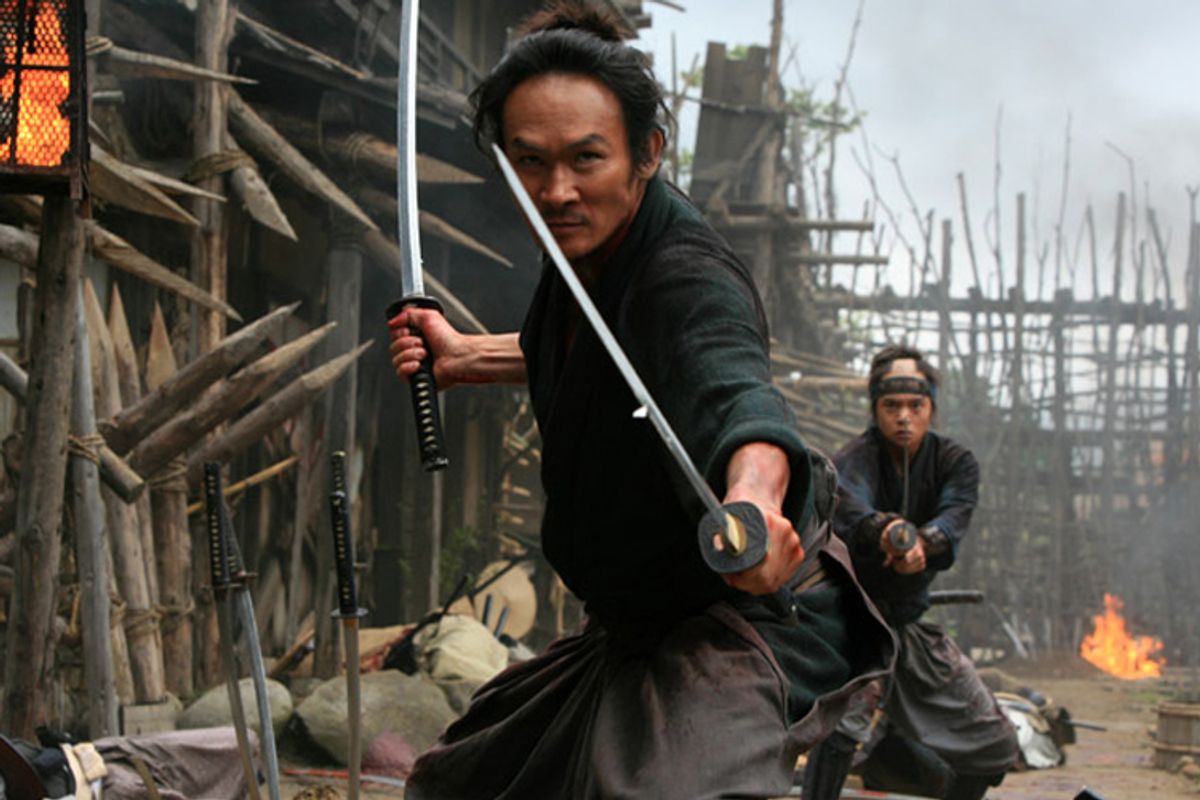 Japanese director Takashi Miike is known to devotees as a leading exponent of that country's late-'90s and early-2000s extreme-cinema wave, and not without reason. Miike can do gushing blood with the best of them, and his most famous films, like the female-revenge horror flick "Audition" or the ultraviolent yakuza classic "Ichi the Killer," are decidedly not for the faint of heart or weak of stomach. But the amazingly prolific Miike, who has made close to 50 theatrical films in his 20-year career (not counting quite a few TV episodes and straight-to-video productions) has always been much more than a willfully perverse genre-buster and envelope-pusher.

I can't speak to his reputation in Japan, where he's long been viewed with mixed emotions, but from this distance Miike looks like that nation's greatest living cinematic formalist, worthy of comparison with the storied names of the Japanese past. He has blended high and low film traditions, art and pop cinema, like no Japanese director before him. You can clearly see the influence of Quentin Tarantino and the Coen brothers on Miike's work, but at this point the influence probably runs as much in the other direction. (Miike cites Paul Verhoeven's "Starship Troopers" as his favorite film, which helps explain why I like him so much.) He's made comedies and action movies, thoughtful character studies ("The Bird People in China"), farcical Asian westerns ("Sukiyaki Western Django"), adventurous art-house obscurities for adults ("Gozu" and "Izo") and agreeable fantasies for children ("Zebraman" and "The Great Yokai War").

So it'd be deeply misguided to see Miike's elegant and tragic new tale of Edo-period bloodshed, "13 Assassins," as some massive departure or lurch toward respectability. It's not his first foray into samurai film, probably the most codified form of Japanese cinema (which is saying a lot), but it's definitely his biggest. Miike isn't trying to overthrow the conventions laid down by past masters like Kurosawa and Mizoguchi and numerous others -- my personal samurai fave remains Hiroshi Inagaki's spectacular 1962 "Chushingura," one of several film versions of the "47 Ronin" epic -- indeed, he embraces them with tremendous vigor. We get the stately camerawork, the courtly intrigue, the impressive 19th-century interiors and gardens, the brusque samurai humor and fatalistic honor code, the comic relief, the scenes of self-disemboweling and the strategic cat-and-mouse game ending with an extended, climactic battle.

You could argue that Miike is trying to nudge the samurai film in a more grotesque and explicit direction, as when he shows us a woman who has been mutilated by the sadistic villain of "13 Assassins." But it's not as if gore and splatter, along with the obligatory philosophical lessons about the transitory nature of life and the futility of war, are new inventions in Japanese cinema. Actually, the story Miike takes on here is highly conventional, and echoes the "47 Ronin" plot in some ways, although it has a different historical source. Technically, Miike is remaking a 1963 black-and-white film about an episode from the 1840s, when Sir Doi (played here by Mikijiro Hira), a senior adviser to the Shogun, concocts an elaborate plot against the Shogun's utterly heinous half-brother, Lord Naritsugu (Gorô Inagaki).

Sir Doi wants to make sure that Naritsugu never gains power but of course cannot be seen to engage in such treacherous behavior. So he hires a middle-aged, mid-rank samurai named Shinzaemon (played by Kôji Yakusho, one of Japan's finest actors) to serve as his secret agent -- and we have our hero. Raised in an era of peace and prosperity, Shinzaemon begins to shake visibly when given this assignment, but not from fear -- he's grateful that he will be allowed to give his life for an honorable cause. Gathering a band of underemployed samurai and students -- yes, in the end there will be 13 of them -- Shinzaemon must plan a seemingly impossible ambush against Lord Naritsugu and his much larger band of well-trained, well-armed men.

Visually spectacular, with wide-screen cinematography from Nobuyasu Kita, impressive, full-scale sets and special effects and exhausting, immersive action scenes, "13 Assassins" is pretty nearly the samurai classic it sets out to become. Its tense and brooding first half, as Shinzaemon collects his group of inglorious bastards and Naritsugu displays his most horrific behavior, has so much potent atmosphere I didn't want it to yield to an endless bloodbath, but I guess that's a built-in hazard of the genre. See this in the theater if you possibly can, or at least find a friend with a fully tricked-out home theater system, because the total spectacle of "13 Assassins" is worth it. Whether or not this movie can connect with American viewers, Miike isn't standing around waiting. He's got a sequel to his delightful kids' movie "Zebraman" on the way, and his next samurai film -- in 3D! -- will premiere at Cannes in a couple of weeks.

"13 Assassins" opens April 29 in New York, Los Angeles and Austin, Texas; May 6 in Boston and Honolulu; May 13 in Denver, New Orleans, Palm Springs, Calif., and Philadelphia; May 20 in San Francisco, San Jose, Calif., Santa Cruz, Calif., and Seattle; May 27 in Asheville, N.C., Atlanta, Chicago, St. Louis and Salt Lake City; and June 3 in Minneapolis and Santa Fe, N.M., with more cities to follow. It's also available on-demand from many cable and satellite providers.