When the GOP wanted a foreign-born president

A few years ago, a GOP senator proposed a measure to allow foreigners to run for president. How times have changed 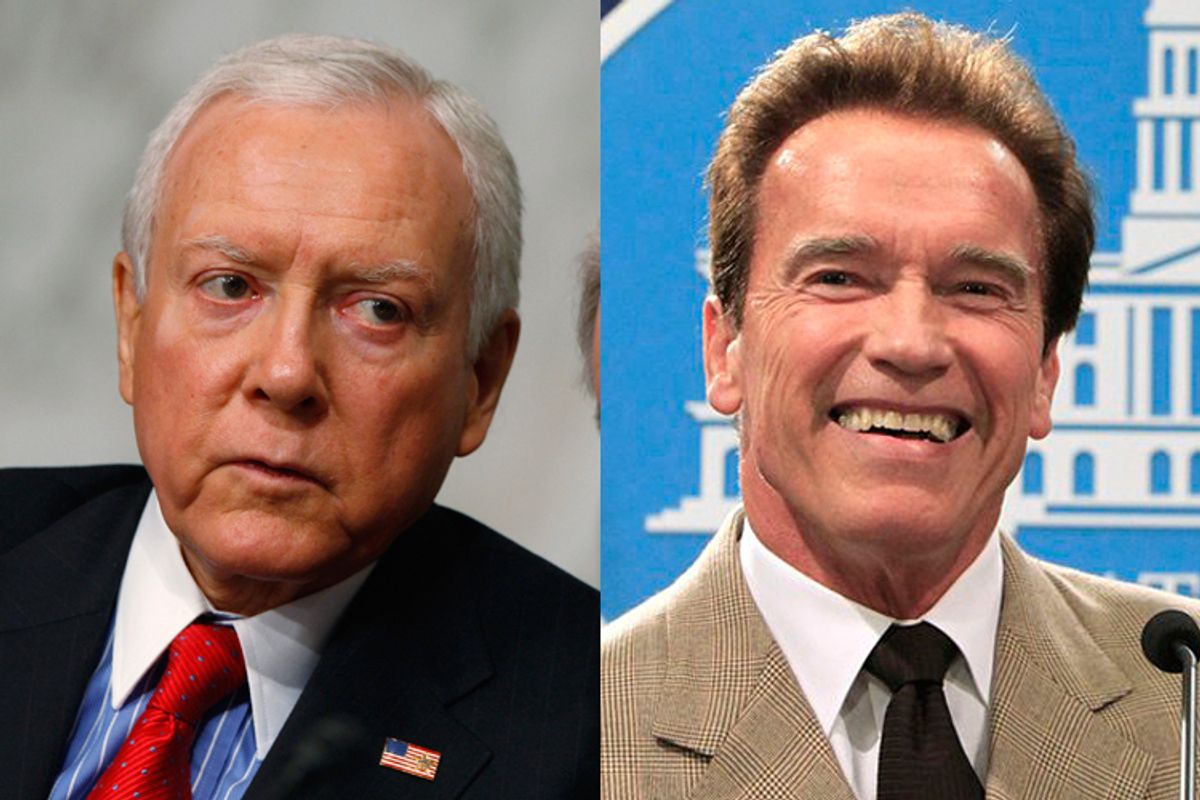 The political world has just been roiled by another flare-up over birtherism, which is, at its heart, about fears that a foreigner could be holding the reins of American power. As I documented yesterday, birtherism is an idea that many elected Republicans couldn't bring themselves to fully repudiate.

So it's striking to remember that eight short years ago a Republican senator proposed amending the Constitution specifically to allow foreign-born citizens to run for the presidency.

The Weekly Standard reported back then:

On July 10, 2003, Orrin Hatch, chairman of the Senate Judiciary Committee, took action against what he calls "an anachronism that is decidedly un-American." He introduced a bill that would allow a person who has been a U.S. citizen for 20 years and a resident for 14 years to run for president.

It was called the "Equal Opportunity to Govern Amendment," and it proposed changing the Constitution to allow those born abroad to run for president. (Full text here.)

The bill is still listed deep in the archives of Hatch's website as the "Presidential Eligibility Amendment." Hatch, who is trying to hold on to his seat in the face of a potential Tea Party challenge, apparently hasn't talked about the measure in recent years. It is missing from the "Constitution" section of his website's issues page. (I've asked Hatch's office whether he still supports the amendment, and I will update this post if I hear back.)

The measure, which never got out of the Senate Judiciary Committee, was known colloquially as the Arnold Amendment because it was seen as targeting the Austrian-born Arnold Schwarzenegger, then a GOP rising star. (It won support from his wife, Maria Shriver, among others.)

When the Senate Judiciary Committee held a hearing on the amendment in October 2004, Hatch waxed patriotic:

Michigan Governor Jennifer Granholm, who was born in Canada, also supports this amendment. She explained: You cannot choose where you are born, but you can choose where you live and where you swear your allegiance. And I think if she has 20 years of living in this country, she ought to have the privilege of running for President if she so chooses.

This is also true for the more than 700 immigrant recipients of the Congressional Medal of Honor—our Nation’s highest decoration for valor—who risked their lives defending the freedoms and liberties of this Nation, many of whom gave their lives. But no matter how great their sacrifice, leadership, or love for our country, they remain ineligible to be a candidate for President. Now, this amendment would remove this unfounded inequity.

The entire transcript of the hearing, in which Republicans like Don Nickles and Dana Rohrabacher also testified in support, makes for interesting reading (.pdf) today. A cynic would say that this sort of rhetoric from Republican officials became impossible when a black man named Barack Obama -- who many in the GOP base believed was born in Africa -- was elected president.