How do we even begin to explain the utter absurdity of this event? 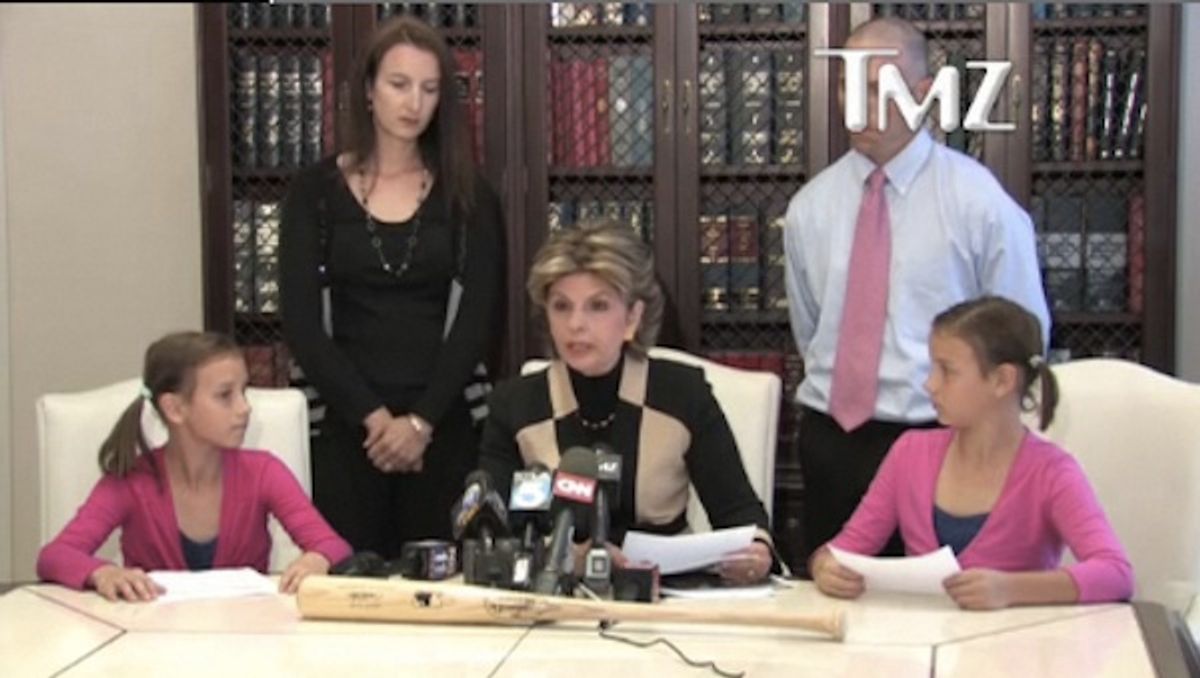 "Now Amy and Tabitha will read off the litany of charges against Mr. McDowell."
--

Roger McDowell, pitching coach for the Atlanta Braves, is in hot water after allegedly hurling more homophobic comments than baseballs at batting practice last weekend. Not only did he make lewd remarks to a group of men in San Francisco, where the Braves were taking on San Francisco Giants, but he took his bat and made a couple sexual gestures as well. McDowell has already apologized for his remarks and actions, but it looks like another fan, Justin Quinn of Fresno, will be taking action against McDowell for threatening him in front of his twin 9-year-old daughters.

Quinn, who was down in front of the field, then shouted, "Hey there are kids out here," he said during a news conference at the Los Angeles office of noted attorney Gloria Allred.

Quinn alleged that the coach replied that kids don’t belong at a baseball park, picked up a bat, walked up to Quinn and asked him, "How much are your teeth worth?"

Now, McDowell should certainly be reprimanded, perhaps even asked to resign based on his behavior. But we're not really sure why Quinn held a press conference during which his two twin daughters sat next to Allred as she read off the complaints against the coach and then reenacted some of the lewder moments of the event. Is he trying to scar his children even more? Did he just want to make sure his little girls got on TMZ before they were old enough to be bat mitzvahed? Is Gloria Allred now some sort of role model for little girls? (Terrifying thought.)

Whatever the case, Quinn just took this otherwise sad but all too common story about homophobia during a sports event and cranked up the weird factor to 11. Sadly, we can't embed the video, but watch the whole crazy thing at TMZ.