In the 1970s, he was sued by the feds for not renting to African-Americans 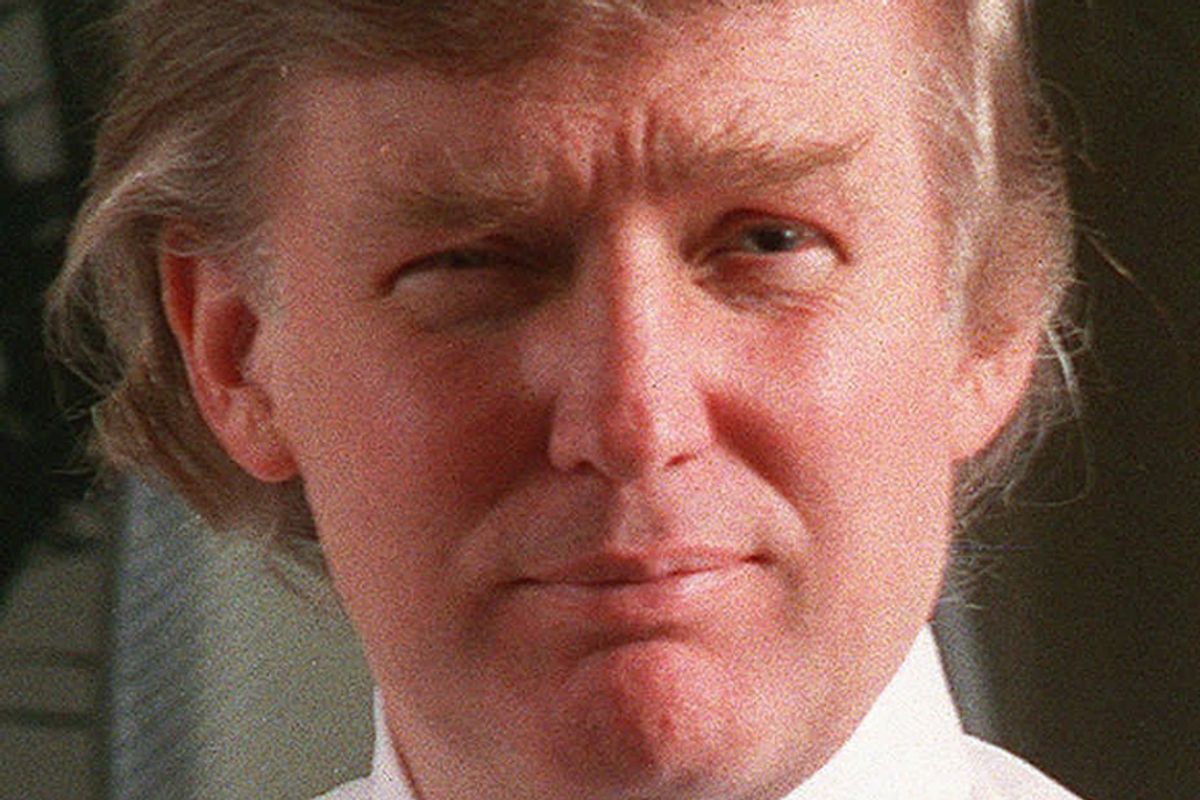 In an episode early in Donald Trump's career, his New York real estate company was sued by the federal government for discriminating against potential black renters. After a lengthy legal battle, it ultimately agreed to wide-ranging steps to offer rentals to nonwhites.

He has recently come under fire for attacks on President Obama that critics have described as racially tinged. CBS anchor Bob Schieffer, for example, said Wednesday there is  "an ugly strain of racism" in Trump's recent (baseless) accusations that President Obama should not have been admitted to Columbia. Also yesterday, Trump told a black reporter, unprompted, "Look I know you are a big Obama fan."

The discrimination case began in the earliest days of Trump's career, when he was still in his 20s.

Fred Trump, Donald's father, was, unlike his son, a self-made man. He made his fortune by building thousands of units of middle-class housing in Brooklyn and Queens. But in the early 1970s, Donald was made president of the family company.

One of Donald's first challenges came in October 1973, when the Justice Department hit the Trump Organization with a major discrimination suit for violating the Fair Housing Act. The Times reported:

... the Government contended that Trump Management had refused to rent or negotiate rentals "because of race and color." It also charged that the company had required different rental terms and conditions because of race and that it had misrepresented to blacks that apartments were not available.

The journalist Gwenda Blair reported in her 2005 Trump biography that while Fred Trump had sought to combat previous discrimination allegations through "quiet diplomacy," Donald decided to go on the offensive. He hired his friend Roy Cohn, the celebrity lawyer and former Joseph McCarthy aide, to countersue the government for making baseless charges against the company. They sought a staggering $100 million in damages.

A few months after the government filed the suit, Trump gave a combative press conference at the New York Hilton in which he went after the Justice Department for being too friendly to welfare recipients. He "accused the Justice Department of singling out his corporation because it was a large one and because the Government was trying to force it to rent to welfare recipients," the Times reported. Trump added that if welfare recipients were allowed into his apartments in certain middle-class outer-borough neighborhoods, there would be a "massive fleeing from the city of not only our tenants, but communities as a whole."

A federal judge threw out Trump's countersuit a month later, calling it a waste of "time and paper."

Writes Blair in her book:

Donald testified repeatedly that he had nothing to do with renting apartments, although in an application for a broker's license filed at the same time he said that he was in charge of all rentals.

In 1975, Trump ultimately came to a far-reaching agreement with the DOJ in which he and the company did not admit guilt but agreed not to discriminate and to take steps to open its housing stock to more nonwhites. The company agreed to submit a weekly list of vacancies to the Urban League, which would produce qualified applicants for a portion of all vacancies.

But it didn't end there. In 1978, the government filed a motion for supplemental relief, charging that the Trump company had not complied with the 1975 agreement. The government alleged that the Trump company "discriminated against blacks in the terms and conditions of rental, made statements indicating discrimination based on race and told blacks that apartments were not available for inspection and rental when, in fact, they are," the Times reported. Trump again denied the charges.

It's not clear what happened with the government's request for further action (and compensation for victims), but in 1983, a fair-housing activist cited statistics that two Trump Village developments had white majorities of at least 95 percent.

At the very least, the case is something for reporters to ask about next time Trump touts his "great relationship with the blacks."