We may have "Celebrity Rehab," but they had "Teen Spa of Embarrassing Illnesses" 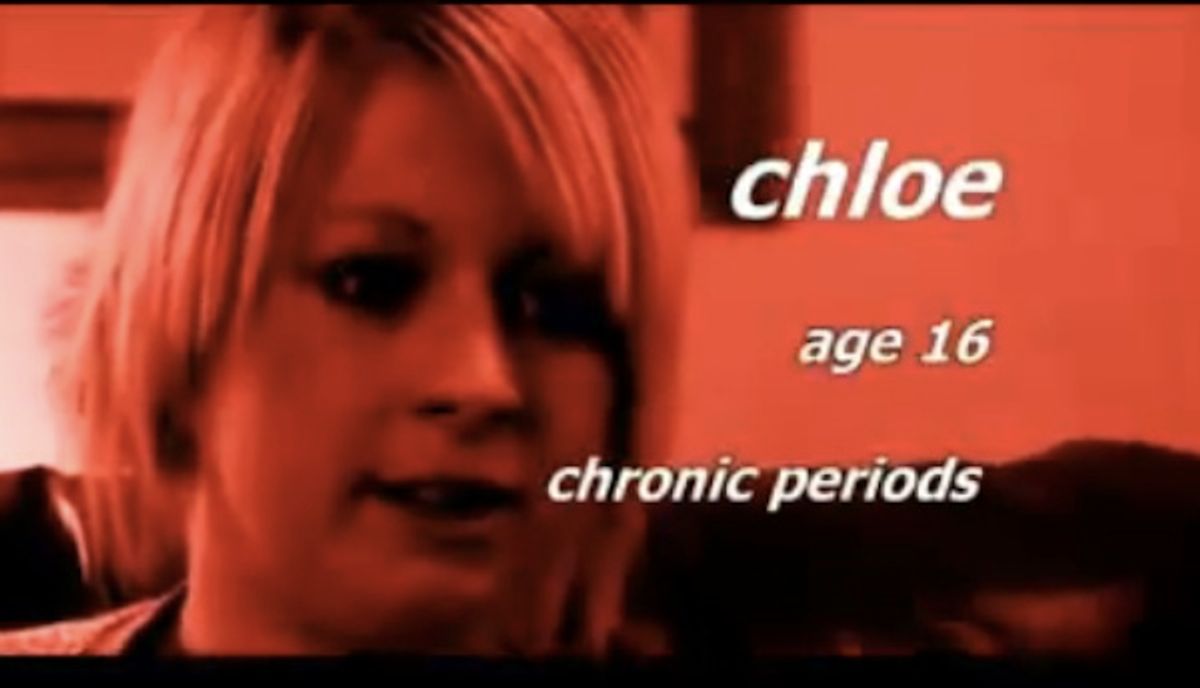 Guess what embarrassing condition this teen has!
--

Turning on British TV is something of a gamble. It turns out the version of Comedy Central that plays in our London hotel only runs a loop of "Two and a Half Men." "Twin Peaks" is always on as well, and the movie of the night seems to perpetually be an American film no one saw, called "Shrink."

But if you can tune out all the William and Kate noise and actually venture into the world of British-British programming (as opposed to British-American), you might be rewarded by something as mind-boggling as "Teen Spa of Embarrassing Illnesses" (a spin-off of a 10-part miniseries called "Spa of Embarrassing Illnesses," hosted by Amanda Hamilton). That show, which ran two years ago, is exactly what it sounds like. For example, within five minutes after turning it on, you can hear the narrator say in a properly sober and British voice, "Chloe's heavy periods have been giving her trouble at the spa." Cue to Chloe, who one can  imagine is 40 times more mortified now that she is on national television than when her illness (menorrhagia) was being dealt with at home.

Add that to the fact that "Teen Spa" regularly throws in psychological problems like "binge drinking" and "overeating" to a lineup of physical issues like "chronic acne" and the above-mentioned menstruation condition, and you've got a show that blithely (and a little callously, not to mention irresponsibly) assumes the position that every problem teens have can be solved with a good detox and some counseling.

"Teen Spa" is addictive the way that most terrible American reality shows are addictive: The "Are you guys watching the same thing I'm watching?" quality of the program lets you feel that you are somehow better than the show, when in fact you're helping make these problems all the more embarrassing. I mean, just look at the friggin' title! Being a teenager is embarrassing enough, and putting that label on actual conditions isn't going to help anyone. "Hi, I'm Chloe, and I have an embarrassing illness." Jesus, the kids at her school must have eaten her alive. Channel 4 regularly runs a program called "Embarrassing Teenage Bodies," which I can only assume is like "Teen Spa" but without any of the treatment.

Not that we should be ashamed of who we are or what our problems may be, only that we shouldn't sensationalize them either for the sake of reality TV. But there is a reason, I'm assuming, that this show didn't get more than one season of pickup. And I can  hope it won't make the transition to an American reality show as well.