While everyone else in the world was covering the royal wedding, NBC's anchor was brave enough to go home 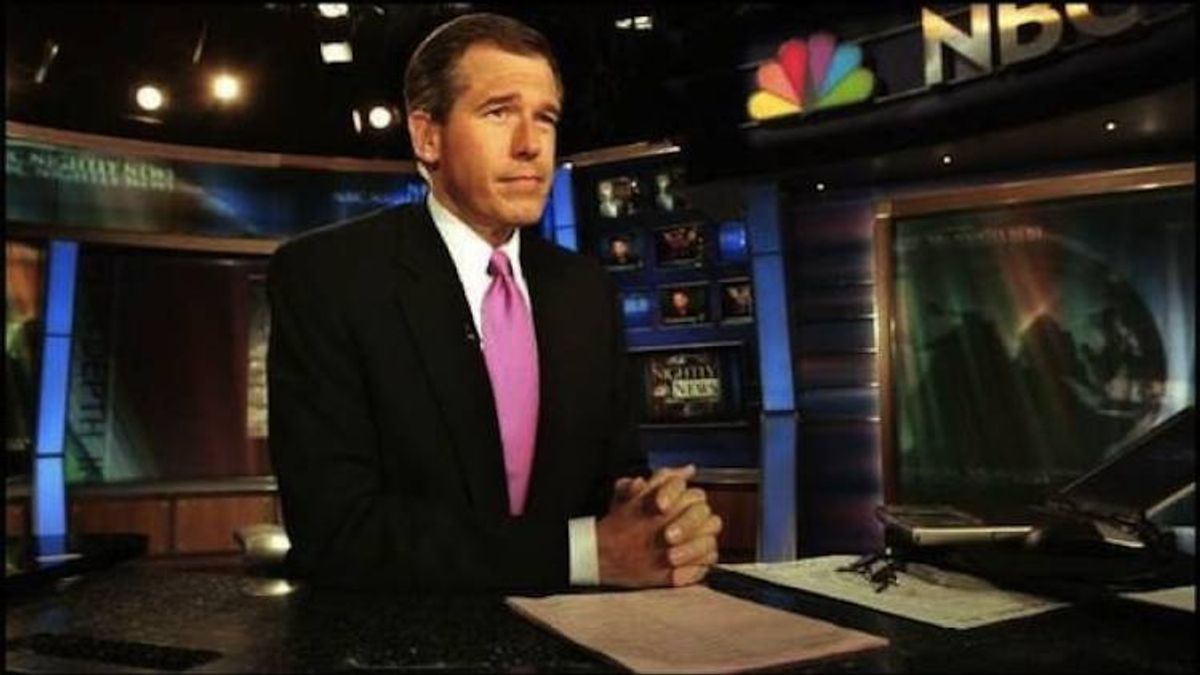 Last night, Brian Williams made me proud. And that's actually a pretty hard task for the "NBC Nightly News" anchor --  I've taken BriWi to town lately for being anti-hipster and not as funny as he thinks. But when it comes to the important stuff, Williams might be the last true American media patriot.

By now, many of you will have heard the story: how Williams took off to cover the royal wedding – something even he admits was "outside (his) area of expertise" – but was troubled by thoughts of the tornado in Tuscaloosa, Ala., which weather radars predicted would be landing down in the middle of his flight. How, after getting to London, Williams watched as the death toll started to rise back in the States. And how NBC News president Steve Capus called Williams (whose entourage had already turned their car around and pointed it toward Heathrow airport) and told him to come home.

As Williams wrote on his MSNBC blog, The Daily Nightly, approximately 18 hours ago:

We both agreed the tragedy would dominate our newscast and our coverage. I never got to see our infrastructure in London, or any of my colleagues beyond the confines of my car. We had a magnificent setup — the result of months of planning — to cover the big day in London, and we still will, live and wall-to-wall. But for now, for us, for this story, one of us had to go back and lead a separate coverage team — as the death toll grows.

While we sit here and throw up our hands in frustration over the ridiculous media coverage the royal wedding received (on NBC too), let's not forget that people like Brian Williams and Steve Capus refused to cave in to the hype. Instead, they went out of their way last night to report on the tragedy in Alabama instead of speculating on what kind of gown Kate would be wearing. That's true journalism, and true patriotism. Well done, NBC.