Why the fat guy should lose his privilege

In our culture, male obesity is considered innocuous -- or even beneficial. But when it comes to women ... 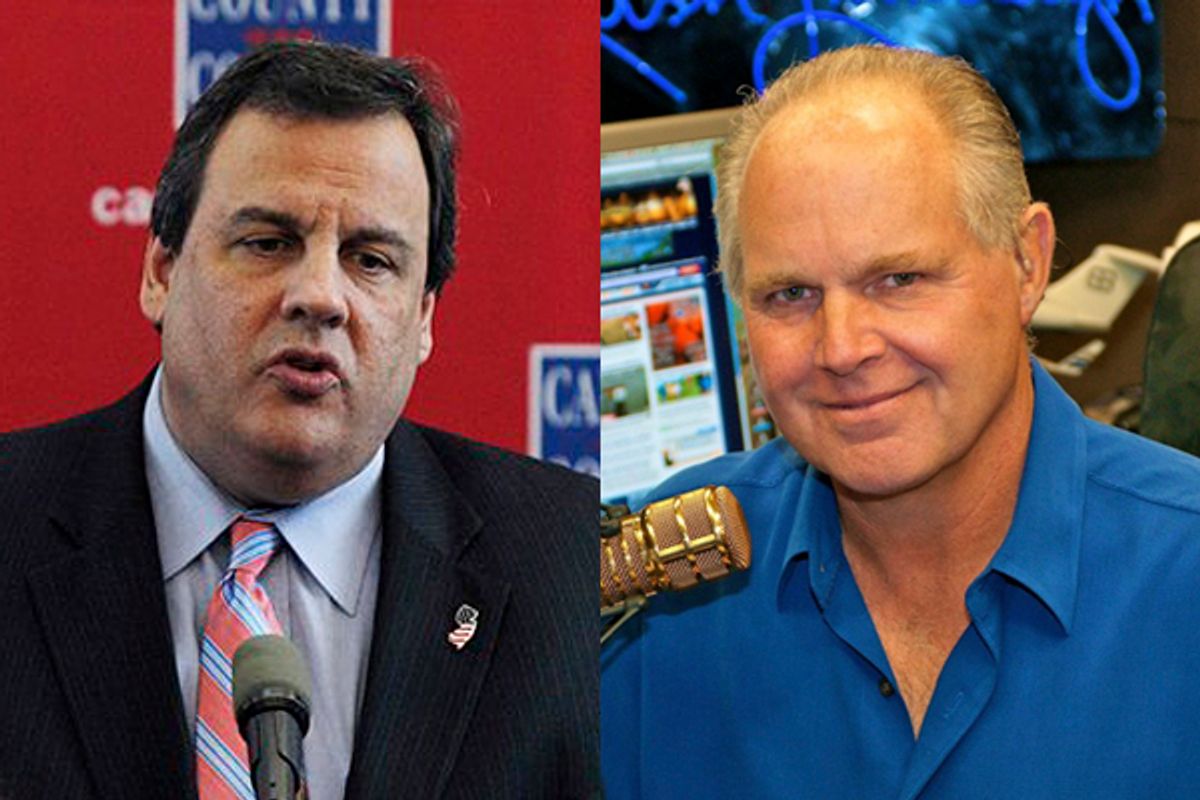 Obesity is a national health crisis ... If current trends continue, it will soon surpass smoking in the U.S. as the biggest single factor in early death, reduced quality of life and added health care costs ... Obesity is responsible for more than 160,000 excess deaths a year ... The average obese person costs society more than $7,000 a year in lost productivity and added medical treatment." — Scientific American, January 2011

Considering those troubling statistics, Advertising Age's headline this week is welcome news: "Weight Watchers Picks a New Target: Men." The story details how the nation's biggest diet company is using the NBA playoffs to launch its first male-focused advertising campaign. Sounds great -- except for one thing: Why only now?

This is a significant question in a country whose debilitating weight problem is more male than female -- and "more" means a heckuva lot more. According to the Kaiser Family Foundation, almost 70 percent of men are overweight, compared with 52 percent of women. Yet, somehow, 90 percent of the commercial weight-loss industry's clients are female, and somehow, this industry hasn't seen males as a viable business. How can that be?

Market researchers typically explain the situation away in trite "Men Are From Mars, Women Are From Venus" platitudes, insisting that it's only "because men tend to want to lose weight on their own by working out in a health club or designing their own exercise program, and they are less likely to join groups or seek counseling," as one told Advertising Age. But such generalizations are, at best, truthy, and more likely, completely apocryphal. The real explanation for the gender disparity is found in a chauvinist culture whose double standards demand physical perfection from women while simultaneously celebrating male corpulence.

Though this double standard is rarely discussed, you can see it everywhere.

In comedy, fat guys from Chris Farley to Kevin James haven't been venerated in spite of their huskiness -- their humor has been seen as more valuable because of their size. Same thing in the drama genre: From John Goodman to James Gandolfini, male girth is seen as either innocuous or beneficial. But how many major comediennes or actresses get the same treatment? Very few.

Similarly, in big-time sports, our male superheroes are often super-fat. Harvard University, for instance, found that 55 percent of Major League Baseball players are overweight, while the University of North Carolina found that 56 percent of National Football League players are obese. These whales, of course, are interposed on TV between beer commercials featuring super-thin female models and are often playing in front of impossibly dimensioned female cheerleaders.

In politics, it may be the worst of all: Overweight icons like Rush Limbaugh, Haley Barbour, Newt Gingrich and Chris Christie regularly dominate the headlines as serious leaders, but no woman even vaguely approaching their body mass index would be taken seriously in a similar role. In fact, so powerful is this double standard that America barely flinched when the morbidly obese Limbaugh criticized the svelte Michelle Obama for "not project(ing) the image of women that you might see on the cover of the Sports Illustrated Swimsuit Issue."

In light of all this, Weight Watchers' move can be seen as a welcome, if belated, step toward addressing a deeper gender disparity in how we portray weight. It is a disparity at the heart of everything from male obesity epidemics to female eating disorders -- and it will end not when the fat lady sings, but when the fat guy finally loses his privilege.