How far will Orrin Hatch go to survive? 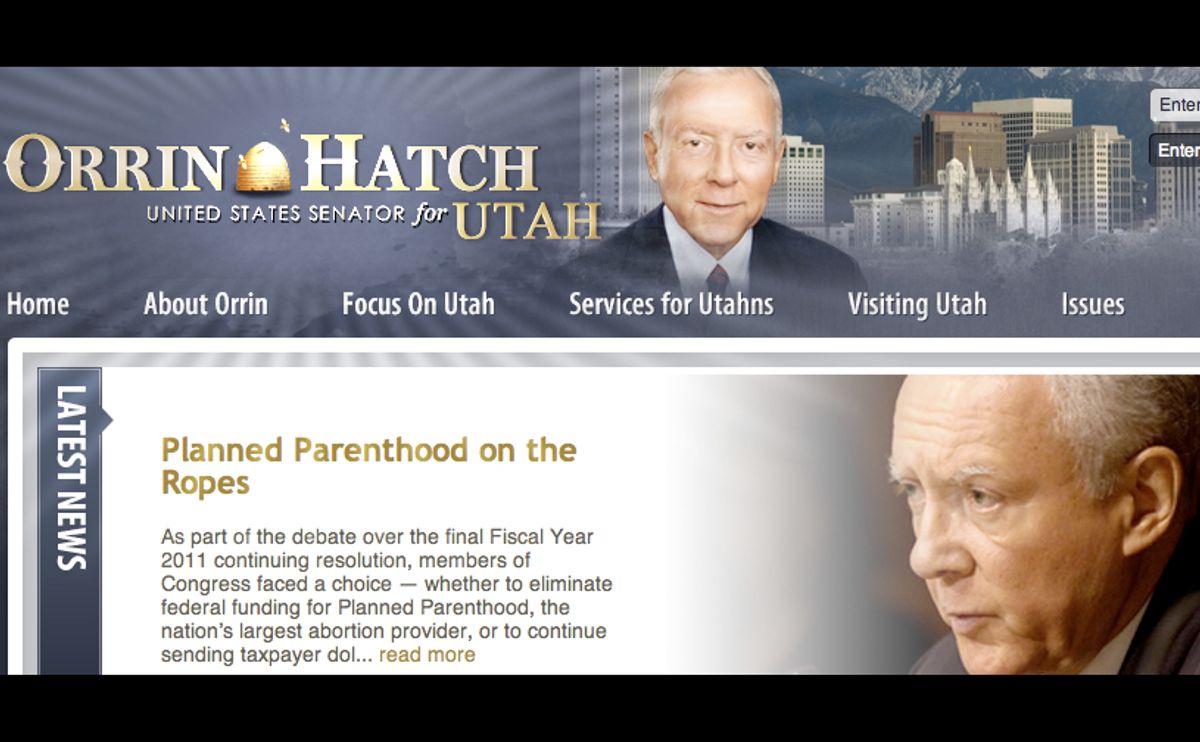 Around noon yesterday, I posted a piece looking back at Sen. Orrin Hatch's sponsorship of a 2003 measure to allow foreign-born citizens to run for president. Less than 24 hours after the piece went up, a tech blogger discovered that the section of Hatch's website that mentioned the "Presidential Eligibility Amendment" had mysteriously disappeared.

I noted in my piece yesterday that the archives of Hatch's website still included a section about the amendment, which at the time was seen as targeting Austrian-born Arnold Schwarzenegger. I also asked Hatch's press office if the senator still supports the measure, which would likely raise the ire of birthers -- a significant chunk of the GOP base. Alienating these voters would be problematic for Hatch because he is trying to fend off a potential Tea Party challenge in deeply conservative Utah.

I never heard back from Hatch's office about his position. But this morning the blogger Lauren Weinstein noticed that the section of Hatch's website that detailed the constitutional amendment is now blank.

Hatch's office told Politico that this was a coincidence:

We have a brand new website — took us a long time to get it up and running and it still isn't completely done, even though it's up live. Since we had so much material that we were transferring over, we made an internal decision that we had to have a cutoff date to the material that we posted. ... There was never and will never be any attempt to shy away from Sen. Hatch's record — this was an instance of try to manage a huge amount of information in a systematic manner and so we therefore chose 2008 as the cutoff date for all materials we are posting to his website.

Indeed, the design of Hatch's website looks the exact same as it did yesterday. The only thing that has changed is that the archive of Hatch's bills now ends at 2008. Everything before that, including the 2003 Presidential Eligibility Amendment, is gone.

In any case, I've also asked the office of Rep. Jason Chaffetz, R-Utah, a potential Hatch challenger, if he supports allowing foreign-born citizens to run for president. I'll update this post if I hear back from either Chaffetz or Hatch on the issue.