The show I never wanted to watch, until I had to

I dismissed "The Biggest Loser," but after job loss and new parent anxiety, it gave me something I needed: Hope 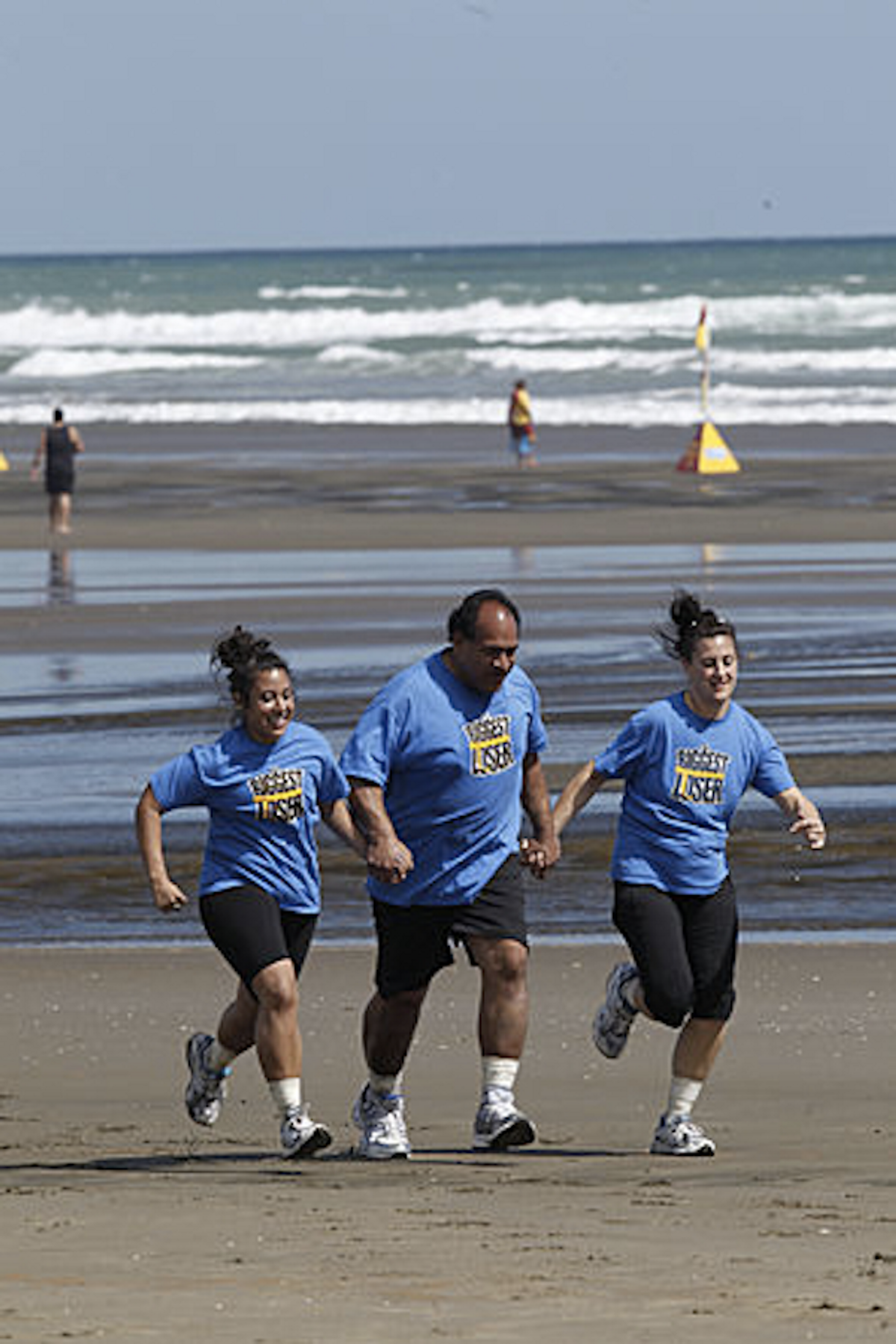 When you tell people you're expecting a baby, there are two typical responses. "Now you'll see," said my mother and my maternal grandmother. This prophecy of doom has yet to bear out, though I suspect they were referring to the teenage years. Everyone else told us, "Your lives are going to change."

My wife Ann and I laughed about this while she was pregnant. "You're going to change our lives, baby," I teased the zygote as we lay like beached whales on the couch in our New Orleans living room. Our evening rituals barely needed tweaking after the pregnancy test came back positive. Nightly dates consisted of macabre or depressing TV ("Dexter," "The Wire," "Six Feet Under," "Treme") or a free horror movie from our crappy On Demand selection, punctuated by ads that popped up at the height of suspenseful moments.

Unfortunately, our life matched the tenor of our television. I was truly miserable in New Orleans, which is rotted through with two of the facts of life I find most unbearable: Public corruption and humidity. At the time, I was a lawyer investigating the egregious misdeeds of various government officials and their agents. But any progress I made in helping my clients, mostly institutionalized children and mentally ill adults, was undone almost instantly -- sometimes by my own agency.

We faced another New Orleans-related problem too: The city is nestled deep into a corner of what is arguably the most conservative state in the country. Homophobia, racism and incarceration are to Louisiana what beer, Bourbon Street and burlesque are to New Orleans. As a lesbian-headed household, we'd have to travel through several other just-as-hostile states in any direction before reaching friendly territory. There would be no legal protection for the relationship between me and our son. Furthermore and unrelated to our gayness, the public schools of New Orleans made Season four of "The Wire" look like "Glee." The forecast for our future in the South was not looking particularly sunny.

"You're going to change our lives, son," I sang joyfully to our eight-month-old fetus as Ann and I packed up our belongings and fled like thieves in the night, back to Illinois with our tails between our legs. I thought Chicago would save me. I had a new job at a new non-profit, there was snow on the ground instead of monstrous roaches and stinging caterpillars, and I truly felt that my faith in humanity and the true underlying goodness of people would be restored.

But things didn't get better. Two weeks after our son Julian and his expensive dependent health insurance needs were born, I lost my new job. Ann and I started watching old episodes of "It's Always Sunny In Philadelphia" in between diaper changes, Walgreens runs and crying jags. The thoroughly amoral gang of losers and their over-the-top viciousness squared perfectly with my new worldview. Every episode evoked a bitter laugh or two, which was more laughing than I'd done in quite some time. I was so debased that the only thing keeping me going was this biting parody of the human condition and the knowledge that, despite all the horrors in the world, a tiny, beautiful baby had been born.

There was just one problem: Julian hated our new favorite show. Every time the gang got rowdy, which is usually about 10 seconds into every episode, he started howling. He simply couldn't abide the screaming matches, the conflict, the unveiled contempt for fellow humans that the characters so perfectly embodied. Desperate for a show that would take our minds off our new, scary reality without offending our sensitive baby, Ann and I did something we never thought we'd do: We turned on network television, specifically, the current season of "The Biggest Loser." I'd never had any interest in the show before; in fact, I found the idea of competitive weight loss gauche and depressing. But we were deprived of a favorite show and of sleep, and the baby seemed to really take to Trainer Bob and his somehow gentle intensity. We started tuning in on Tuesday nights.

This season's "Biggest Loser" features teams of overweight relatives. Strangely, these pairs seem to genuinely enjoy each others' company. Unlike other reality contests, which seem both coerced and edited for maximum conflict, "The Biggest Loser" is steeped in the spirit of friendly, supportive competition. Unlike other reality competitions ("America's Next Top Model," for example), there is no sabotage or hair-pulling or paranoia-induced fit of psychotic rage. It's as if the audience is actually supposed to like these people. During one tear-jerking episode, spirited leader Marci sacrifices her own spot on the show because she knows she can finish her weight loss at home, and others need the continued support of a structured environment. As she explains her gracious exit, the anguish on the faces of the other competitors is real, particularly that of her daughter Courtney. Even the show's most scripted moments are worth the suspension of disbelief. The weigh-ins and the trainers' effusive proclamations of wisdom are just that heartwarming, if slightly hokey. "Your destiny," Trainer Jillian exhorts a dejected competitor, "is just waiting for you to show up."

The old me would have cracked sarcastic jokes all the way through and found ways to pick apart at each contestant's good intentions. The me-just-after-New Orleans would have looked at the competitors and thought, "Phonies. I wonder what they're saying off-camera." But the new me, the post-baby me, the me whose life has changed finds inspiration in the journeys of these people who truly seem invested in each others' successes rather than their downfalls. They have been moved to seek their own personal best rather than becoming mired in besting their friends. On Tuesday nights, I get a little glimpse of what it means to be hopeful for the future of our species (beyond my own progeny who of course is perfection personified).

I have to hand it to Julian: His taste in television may be a little pedestrian, but there's something to be said for not steeping in artsy dramas that showcase humanity's worst. To make sense of the darkness, even those of us who tend toward the macabre sometimes need to seek the light.