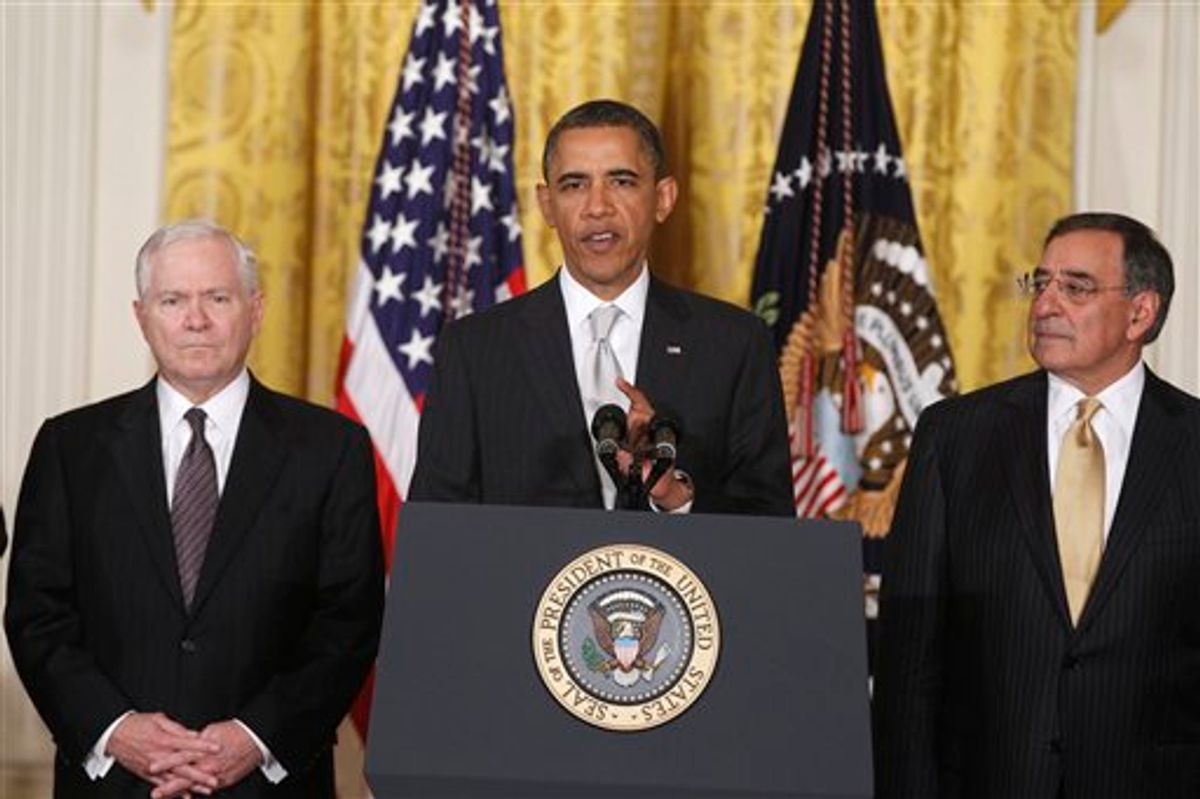 President Barack Obama says oil companies are profiting from rising pump prices and he wants Congress to end $4 billion in annual tax breaks for the oil and gas industry.

"These tax giveaways aren't right," Obama said in his weekly radio and Internet address Saturday. "They aren't smart. And we need to end them."

Drivers in 22 states are paying more than the national average of $3.91 per gallon. In Alaska, California and Connecticut, it's $4.20 or more.

Exxon Mobil Corp. this week reported nearly $11 billion in profits for the first quarter of this year. Competitors also had huge gains.

The president said money recouped from ending the oil and gas tax subsidies should go to new energy resources and research. He said he refuses to cut spending on clean energy initiatives.

Obama's critics say ending the subsidies would mean tax increases that would end up costing jobs.

"The president may think he's punishing CEOs of big companies, but his plan will hurt the everyday consumer of energy and imperil the jobs of millions of hardworking people in American-based companies," Rep. James Lankford, a first-term congressman from Oklahoma, said in the Republicans' weekly address.

In his address, Obama said the economy was growing again and took note of nearly 2 million new private sector jobs in the last 13 months. But the president did not mention that the pace of the recovery slowed significantly in the first three months of this year. The nation's economy grew at a 1.8 percent annual rate during that quarter, compared with 3.1 percent in the previous three months.

Eager to show action on gas costs, Obama has pushed to stop the subsidies while also conceding that would not have an immediate effect on prices. He has also called for the Justice Department to investigate possible price fixing and said this week that he was also prodding oil-producing countries such as Saudi Arabia to increase production.

Lankford also said that Republicans would not vote to raise the nation's borrowing limit, now at $14.3 trillion, in the coming weeks unless the measure also includes steps to cut government spending.

Presidents have agreed to such deals in the past, and Obama told The Associated Press in a recent interview that some spending restrictions might be necessary to win an increase in the debt ceiling. Without raising that limit, the government would default on its debts.