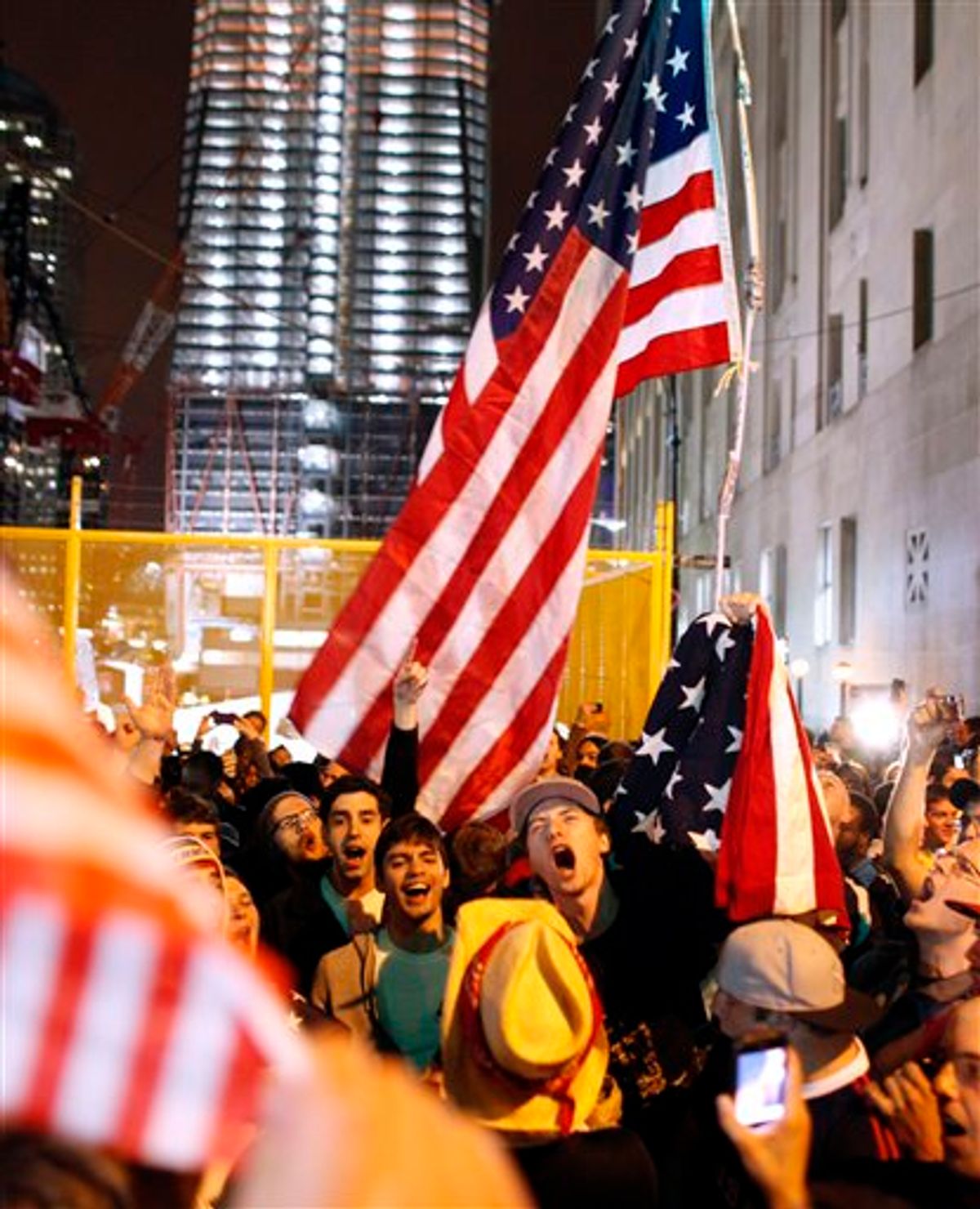 The death of Osama bin Laden was celebrated around the world as a victory for justice, but many people cautioned that it would not end terrorist attacks or ease suffering of those who lost loved ones in bombings by al-Qaida-linked militants.

Spontaneous, celebratory rallies broke out in New York City at ground zero, where the twin towers fell on Sept. 11, 2001 and outside the White House where President Barack Obama made the historic announcement. At the same time, U.S. embassies across the globe were placed on high alert and Americans warned about possible reprisals for the death of the man who masterminded the Sept. 11 attacks.

"Al-Qaida will continue," said Haroun Mir, an Afghan analyst in Kabul, who added that the death in a raid on a mansion in Pakistan vindicated longtime allegations by Afghanistan that bin Laden enjoyed "safe havens" in the neighboring country.

Chairul Akbar, secretary general of the anti-terrorism agency in Indonesia -- the world's most populous Muslim nation and a frequent al-Qaida target -- expressed jubilation about the news. Attacks blamed on al-Qaida-linked militants have killed more than 260 people in Indonesia, many of them foreign tourists.

"We welcome the death of one of the world's most dangerous men and highly appreciate the United States' help in crushing this global enemy," he said. "He couldn't be allowed to live. He helped spread a dangerous ideology all over the world, including in Indonesia."

Said Agil Siradj, chairman of Indonesia's largest Muslim organization, Nahdlatul Ulama, said bin Laden's death will help restore the image of Islam as one of people, not violence and radicalism.

"But I don't think terrorism will stop with his death," Saradj said. "As long as there is oppression and injustice against Muslims in Palestine it will continue."

Brian Deegan, a lawyer from the southern Australian city of Adelaide who lost his 21-year-old son Josh in al-Qaida-linked bombings on Indonesia's resort island of Bali in 2002, said he felt a "cold shiver" when learning about bin Laden's death on a car radio.

Deegan thinks most Australians will share his sense of relief, he said.

"It does show that persons who exact horrific crimes on others on such a mass scale, even in this enormous world of ours, they can run and they can hide, but eventually they will be found," Deegan said.