An IT consultant in Abbottabad unwittingly tweeted about a nearby raid 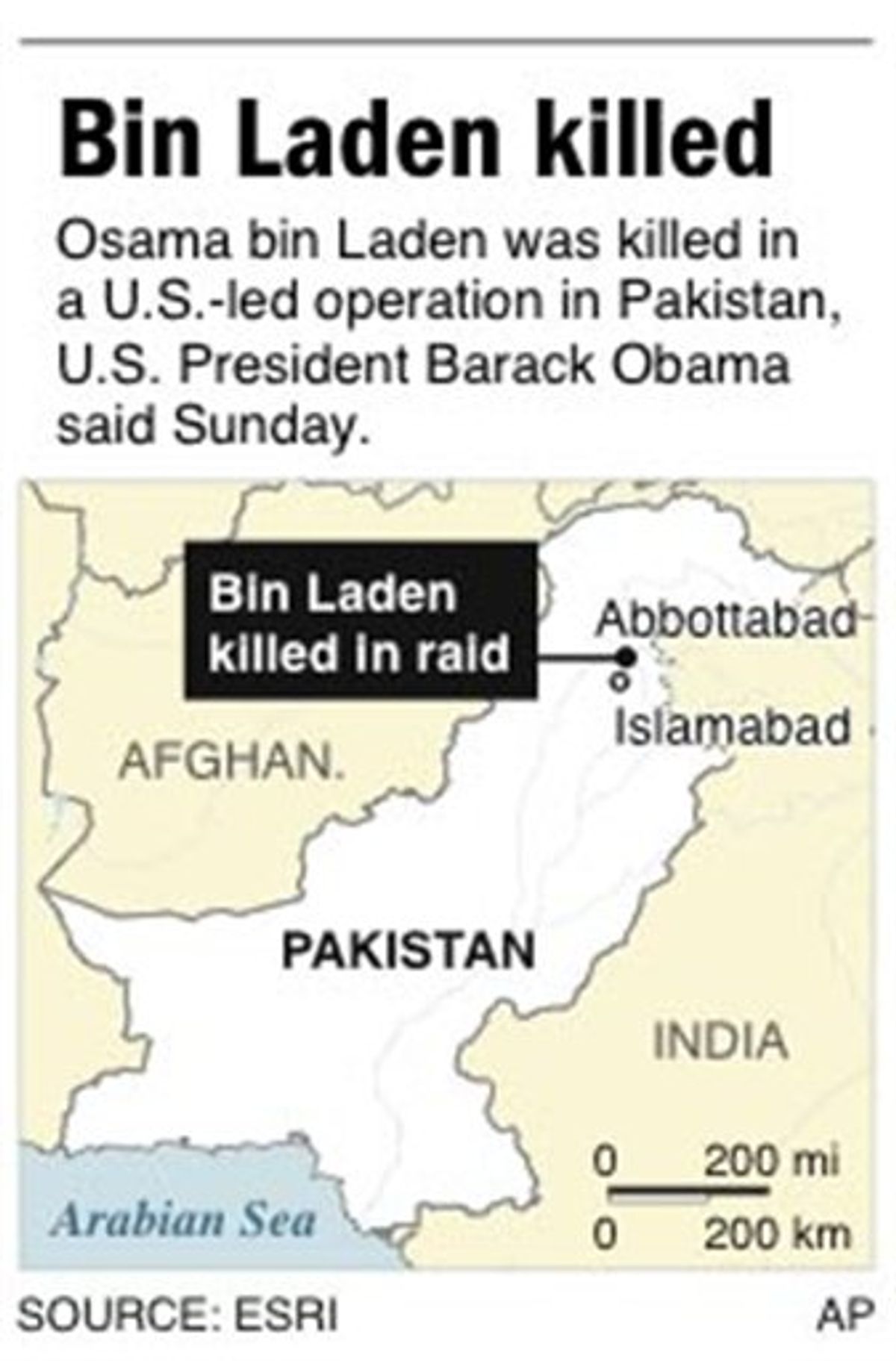 A computer programmer, startled by a helicopter clattering above his quiet Pakistani town in the early hours of the morning Monday, did what any social-media addict would do: he began sending messages to the social networking site Twitter.

With his tweets, 33-year-old Sohaib Athar, who moved to the sleepy town of Abbottabad to escape the big city, became in his own words "the guy who liveblogged the Osama raid without knowing it."

Soon the sole helicopter multiplied into several and gunfire and explosions rocked the air above the town, and Athar's tweets quickly garnered 14,000 followers as he unwittingly described the U.S. operation to kill one of the world's most wanted militants.

His first tweet was innocuous: "Helicopter hovering above Abbottabad at 1AM (is a rare event)."

The noise alarmed Athar, who had moved to the upscale area of Abbottabad to get away from city life after his wife and child were badly injured in a car accident in the sprawling city of Lahore, according to his blog in July.

Nestled in the mountains around 60 miles (95 kilometers) northeast of the capital, Abbottabad is a quiet, leafy town featuring a military academy, the barracks for three army regiments and even its own golf course.

As the operation to kill Osama Bin Laden unfolded, Athar "liveblogged" what he was hearing in real time, describing windows rattling as bombs exploded.

He questioned whose helicopters might be flying overhead. "The few people online at this time of the night are saying one of the copters was not Pakistani," he tweeted.

Athar then said one of the aircraft appeared to have been shot down. Two more helicopters rushed in, he reported.

Throughout the battle, he related the rumors swirling through town: it was a training accident. Somebody was killed. The aircraft might be a drone. The army was conducting door-to-door searches in the surrounding area. The sound of an airplane could be heard overhead.

Athar did not respond to media requests for comment -- he explained in another tweet that a filter he set up to stop his e-mail box from flooding could be culling out requests for interviews.

Soon, however, the rumbling of international events far beyond the confines of this quiet upscale suburb began to dawn on Athar, and he realized what he might be witnessing.

"I think the helicopter crash in Abbottabad, Pakistan and the President Obama breaking news address are connected," he tweeted.