He's defied the Jimmy Carter caricature the right delights in, but it may not be that easy 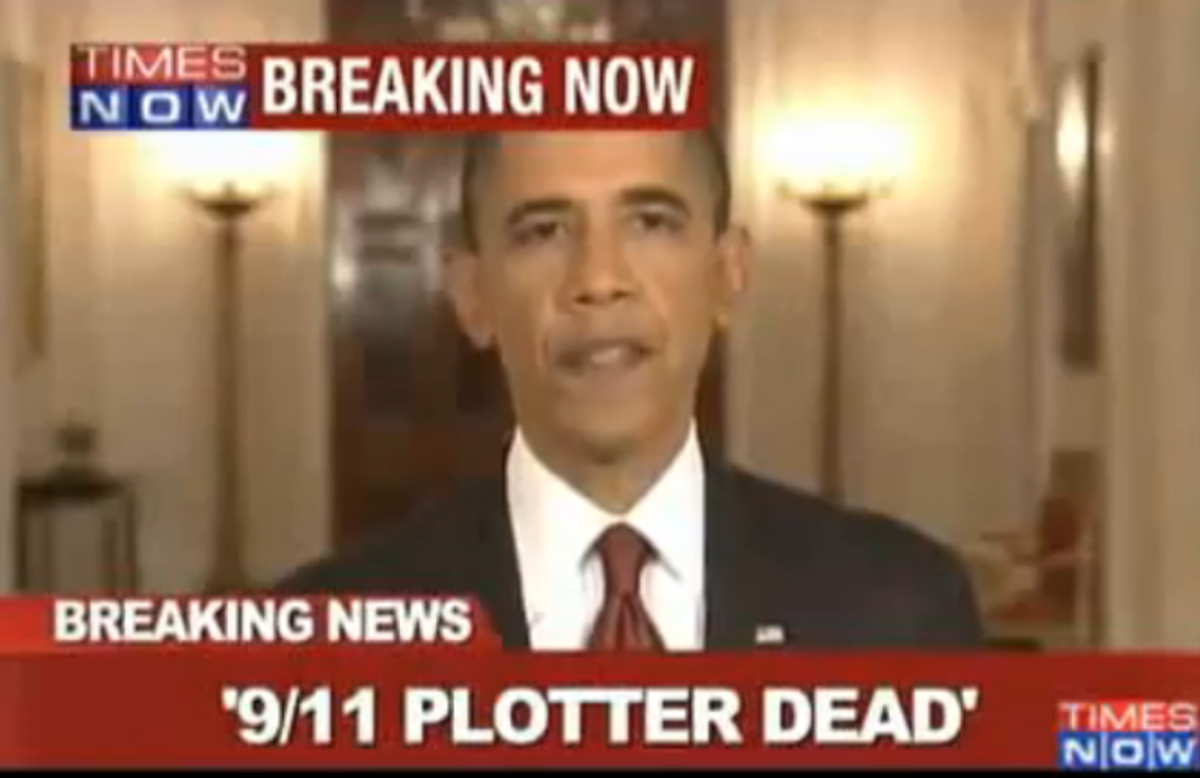 Pardon me for letting thoughts of campaigns and elections intrude on a moment like this, but the truth is that the fate of Osama bin Laden has hovered over every American election since 9/11.

In the Bush days, it was Republicans who hoped for -- and Democrats who feared -- the game-changing impact of the al-Qaeda leader's killing. In 2004, for instance, I talked to a longshot Republican congressional candidate who was running against a popular Democratic incumbent in a strongly Democratic district. I asked him if he really thought he could win, and he admitted that he probably couldn't -- "but maybe I'll get lucky and Bush will catch bin Laden in October." With Obama in charge, the roles were reversed. As it became clear that they were about to suffer a devastating midterm landslide last fall, Democrats were left to hope for a bin Laden-flavored October surprise.

And now, after nearly ten years, it's finally happened, with Obama announcing Sunday night that the man behind 9/11 has been killed in Pakistan. The announcement is sure to set off a swell of patriotic pride. Even before Obama made his official statement, cable news channels showed impromptu crowds gathering in front of the White House to wave flags and perform patriotic chants. There has probably not been an international villain as universally and fervently despised by Americans as bin Laden  since Adolph Hitler. As Wolf Blitzer said on CNN, "Everyone will always remember this moment, when the president of United States confirmed to the world that Osama bin Laden is dead."

Thus, while the potential implications for U.S. foreign policy are serious and complicated, it's hard not to wonder what this will do for Obama's standing with his fellow countrymen -- and for the trajectory of his presidency. After all, Obama's approval rating has in recent weeks slipped to its lowest level of his presidency -- now barely over 40 percent, with economic growth slowing, gas prices soaring and economic anxiety mounting. If the 2012 election were held under these conditions, Obama would be a good bet to lose.

Against this backdrop, the political implications of bin Laden's death are especially significant.

From the earliest days of his presidency, Republicans have delighted in painting Obama as the second coming of Jimmy Carter -- a weak, naive, incompetent commander in chief prone to getting bullied around on the world stage. That image of Carter, fair or not, was etched into the popular mind in large part because of the prolonged Iranian hostage crisis of 1979 to 1981. Not only did the American embassy in Tehran fall on Carter's watch, but his efforts to free the hostages -- including a daring rescue mission that ended in a fiery wreck -- failed. Jimmy Carter never had a moment like this. When Republicans make the Carter comparison now, Democrats can and presumably will respond by pointing out that "Obama got Osama."

In the short term, Obama's poll numbers figure to rise -- significantly. Even the capture of Saddam Hussein in late 2003, a far less momentous development than this, boosted George W. Bush's approval marks by about ten points. And while no one can predict what the next 18 months hold, it's hard to believe that the killing of bin Laden won't make for a compelling talking point for Obama in the fall of 2012 -- the perfect response for every Republican attack on his national security record.

And yet, for all of the emotions bin Laden's death will unleash in America, there might be less long-term political value for Obama than we think. Here, a potentially helpful parallel can be drawn to President George H.W. Bush, who oversaw the first Gulf War in early 1991. In hindsight, the achievement of that war -- evicting Hussein from Kuwait -- seems slight, but that's not how it was regarded at the time. The run-up to that war had been marked by widespread public opposition. Memories of the futility of Vietnam were fresh. Against that backdrop, the quick and relatively smooth victory set off a prolonged national celebration -- one that boosted Bush's approval ratings to over 90 percent, then a modern polling record.

Bush reached that polling peak 19 months before he was to stand for reelection -- almost exactly where Obama is now. At that point in '91, it was universally assumed that Bush -- powered by the Gulf War triumph -- would be unbeatable in 1992, and every big-name Democrat passed on the chance to run. But the economy was weak and it only seemed to get weaker as '91 wore on. By the start of 1992, Bush's approval rating had fallen under 50 percent -- and from there, it only got worse. It's something to keep in mind in the coming days, as Obama's leadership is hailed -- even as the economy struggles along.