How the terrorist invaded our TV and film, from "Family Guy" to Morgan Spurlock 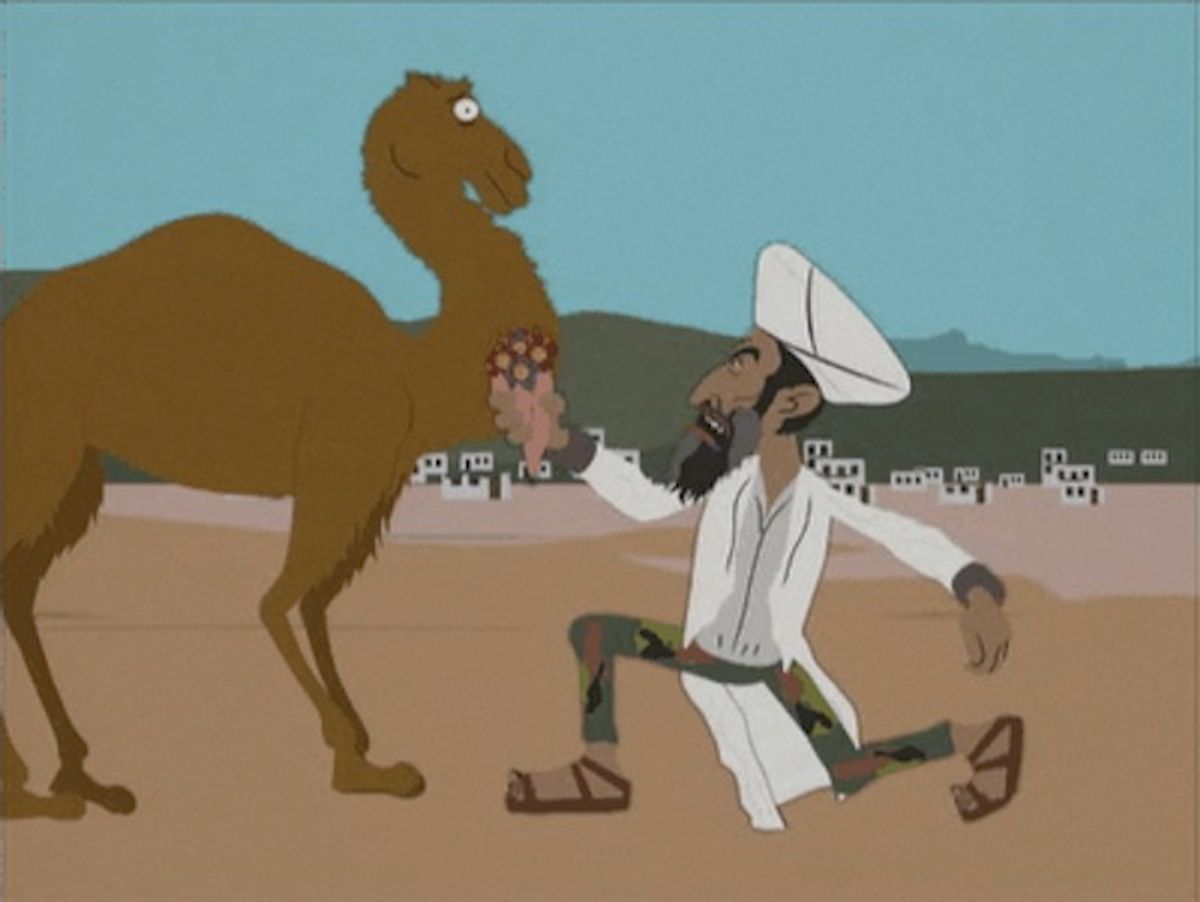 In the past decade, Osama bin Laden invaded our sense of safety, but also our pop culture. Here's a look at the top five most memorable appearances by the slain al-Qaeda terrorist in TV and film, from the irreverent to the bizarre.

1. "Family Guy": While American audiences found dread in bin Laden's cryptic video messages, Seth MacFarlane found gag reel opportunity. The show's famous FCC-baiting episode "PTV" depicted the terrorist in Afghanistan cracking up during a taping of his own terrifying video message. Botching the pronunciation of "Ramadan," the cartoon bin Laden breaks character to say, "Did I just say Radaman? What is that? Yeah, maybe Dennis Radaman is going to punish you with his crazy hair." Bin Laden made several appearances on "Family Guy" throughout the years, though many never made it to the screen.

2. "South Park": The first post-9/11 episode from the Comedy Central show was titled "Osama Bin Laden has Farty Pants" and showed the four boys meeting their Afghani counterparts and getting captured by the head terrorist. In a typical "South Park-ian" twist, the episode was surprisingly pro-America, with Stan saying, "America may have some problems, but it's our home, our team. If you don't want to root for your team, then you should get the hell out of the stadium."


3. "Where in the World is Osama Bin Laden?": Morgan Spurlock's satiric Middle East travel documentary didn't quite capture the zeitgeist like "Super Size Me." The 2008 film found Spurlock hunting down the terrorist while his wife was pregnant with their child -- a reflection of just how futile the search for bin Laden seemed by then. But the film did poorly with critics, earning only a 38 percent approval rating over at Rotten Tomatoes.

4. "Tere Bin Laden": Better known in the states as "that Bollywood comedy about Bin Laden," the 2010 satire featured a reporter who lies about having an interview with Bin Laden, shades of Jack Kelley at USA Today.

5. "Postal": This videogame-to-film adaptation was never going to be known as the best of its kind, and that's a low bar to jump. However, the 2007 film based on a first-person-shooter game hit new lows when it depicted an Americanized Osama Bin Laden holding hands and skipping around with George W. Bush.