The 12-year-old amazed the judges with his intense Nina Simone cover. But is calling him the new Bieber fair? 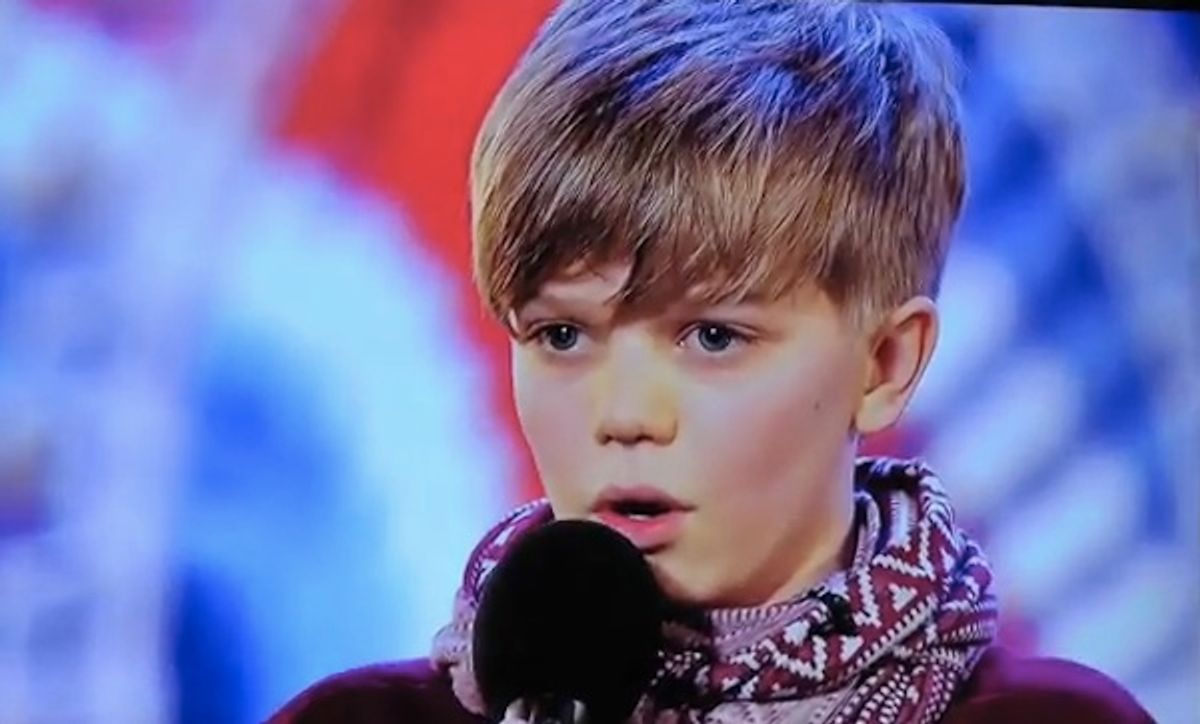 Is it too early to tell this Brit to stop going to school?
--

London just got a little more Justin Bieber. Actually, it got a way smaller Bieber, in the form of 12-year-old Ronan Parke. The arguably more talented singer performed on "Britain's Got Talent" on Saturday night, stealing audiences' hearts with his not-so-tiny rendition of "Feeling Good" by Nina Simone.

According to the Mirror, "bookies have made the 12-year-old singer 5-2 favourite," reminding us both that this is the country that made a star out of Susan Boyle, and that its bookies work in televised talent contests for the entirety of the season. (Not just the finale, like our little slackers do for "American Idol.")

Fans have already started calling Ronan the new Justin Bieber, but that seems a little unfair. After all, Bieber didn't make it big until he was almost 14: a good two years after Ronan got his little tuchus in front of an international audience. Of course, when you're that young, a year or two doesn't seem to make that much of a difference ... unless of course you're being told to quit school and sign up for the life of a pop star, as young Ronan is.

"You said you took a day off school; I wouldn't bother going back. You are a little star," said judge Michael McIntyre, in what has to be the worst advice ever broadcast on a reality show (including "Jersey Shore"). If we start calling it Biebertime on every occasion a stage mom pushes her terrified kid into the spotlight of a billion cameras, we're going to have a much higher international dropout rate. And haven't we just proven that being the Biebs isn't that great anyway? Let's let Ronan Parke be Ronan Parke: a talented tween who, despite his great set of lungs, probably does have a class to get back to.