Is al-Qaida still relevant in a post-bin Laden world?

What becomes of the terror network now that its longtime leader is dead? 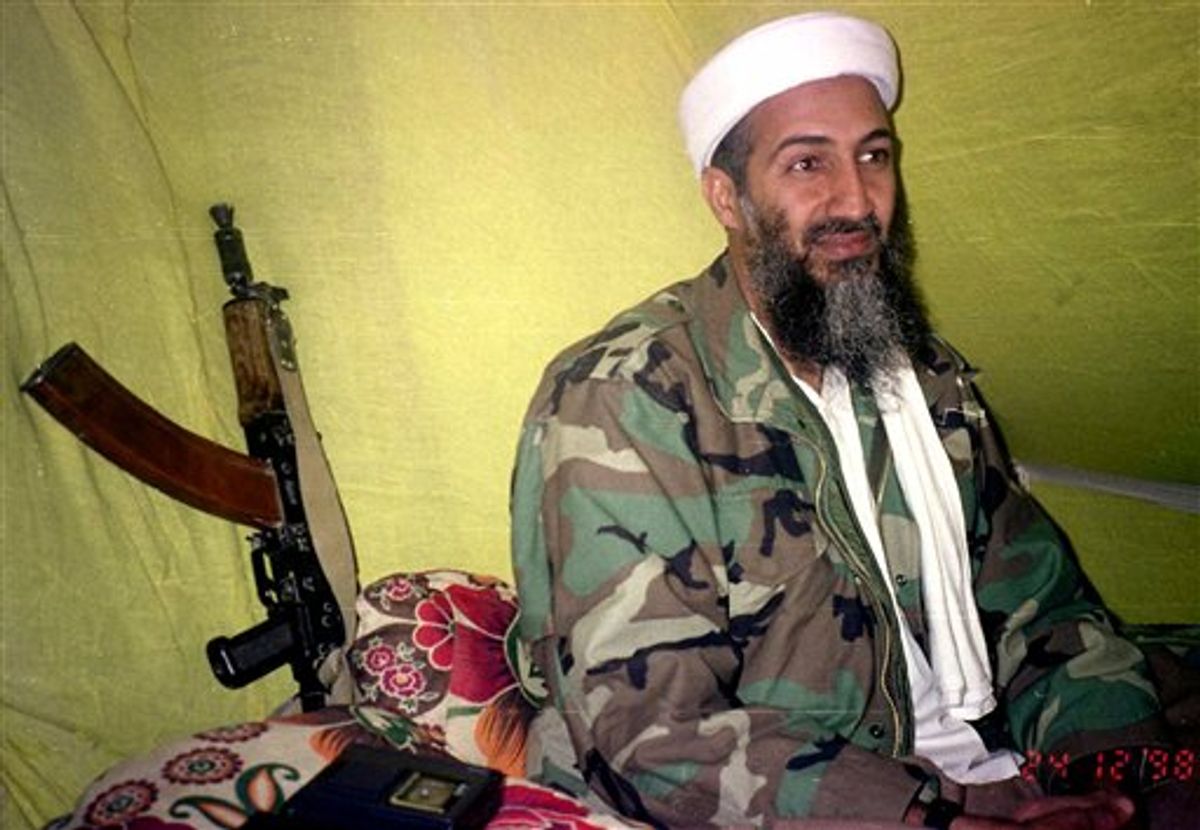 FILE - In this Dec. 24, 1998, file photo, Muslim militant and Al Quida leader Osama Bin Laden speaks to a selected group of reporters in mountains of Helmand province in southern Afghanistan. A person familiar with developments said Sunday, May 1, 2011 that bin Laden is dead and the U.S. has the body. (AP Photo/Rahimullah Yousafzai, File) (AP)
--

The international face of terrorism is gone, but what happens next? With Osama bin Laden now dead, a gaping hole exists at the top of the al-Qaida hierarchy. Many are speculating about what comes next for the terror network. More wonder if it's even still relevant.

The most likely choice to succeed bin Laden is Ayman al-Zawahiri, longtime al-Qaida second in command. The Egyptian surgeon is often considered the "real mastermind" behind al-Qaida, the man who urged bin Laden to adopt suicide attacks against Western targets. A 2009 State Department report stated that bin Laden had been effectively rendered a figurehead by years in hiding, and that Zawahiri -- though also in hiding since Sept. 11 -- emerged as the network's "strategic and operational planner." Zawahiri's whereabouts remain unknown, but in the days following bin Laden's death, he's already assumed the mantle of world's most wanted terrorist -- with a $25 million bounty on his head.

Still, others point out that dismissing bin Laden as "just a figurehead" would be missing the point. It was precisely that quality -- his symbolic heft and charisma -- that allowed al-Qaida to function as the catalyst and primary agent in the militant anti-Western movement during its prime. Some experts doubt that Zawahiri can replicate those qualities and serve as the effective public face on al-Qaida.

According to Juan Zarate, senior advisor to the Center for Strategic and International Studies:

The problem with [Zawahiri] is he's not charismatic. He's not well-liked by all quarters, and he's certainly, in some ways, a divisive figure within the jihadi camps.

Likewise, Anthony Cordesman, also with the CSIS, believes Zawahiri to be a poor replacement:

There is a large number of younger leaders much more proven in combat and much more capable of organizing a threat.

CNN's Peter Bergen said that bin Laden's death should mark the "end of the war on terror" -- that the man's influence and reach was irreplaceable, even if the threat of Middle Eastern terrorism persists at a reduced level.

Still, others aren't so certain -- even if al-Qaida's primacy has passed. According to the New Yorker's Steve Coll, bin Laden's death was a "significant" loss for the terror network, which now faces an unprecedented leadership crisis. But he also pointed out that central leadership isn't vital to the continued presence of al-Qaida's affiliate networks like it was during the organization's formative years:

Al Qaeda is more than just a centralized organization based in Pakistan. It is also a network of franchised or like-minded organizations, and an ideological movement in which followers sometimes act in isolation from leaders.

One such "franchise," the infamous al-Qaida in Mesopotamia -- which for years plagued the U.S. occupation in Iraq with roadside bombings and high-profile beheadings -- will likely be unaffected by bin Laden's demise. The organization has struggled since the death of its leader, Abu Musab al-Zarqawi, in 2006. But it has operated for some time now mostly independently of support from bin Laden's network.

In an interview with PBS NewsHour's Gwen Ifill, Farhani Qazi, a terrorism analyst with Booz Allen, argued that bin Laden's significance to militant anti-Western movements has waned considerably in recent years, but that organizations entirely removed from al-Qaida posed a greater threat to American interests:

I think what we should really worry about is not al-Qaida. Al-Qaida, if you look at the foreign fighter force in Pakistan, has been a few hundred people. We really should worry about the local jihadi tanzeem or the organizations. If you think of what India and Afghanistan are most concerned about, it's local organizations like Lashkar-e-Taiba, al-Badr Mujahideen, or Jaish-e-Mohammad. There's a number of organizations that are these smaller franchises that pose a greater threat, not only to the region, but also potentially to America.

Whatever the case may be, the atmosphere in the Middle East is undoubtedly much different than a decade ago, when bin Laden was first crowned Public Enemy No. 1. Many Muslims have turned unequivocally against the Saudi mastermind. And many more have turned their anger inward, at unpopular regimes across the region. While it's probably too early to label bin Laden's legacy of terrorism defunct, the future appears much more uncertain for those who would champion his harsh brand of justice.