Film under a dictatorship 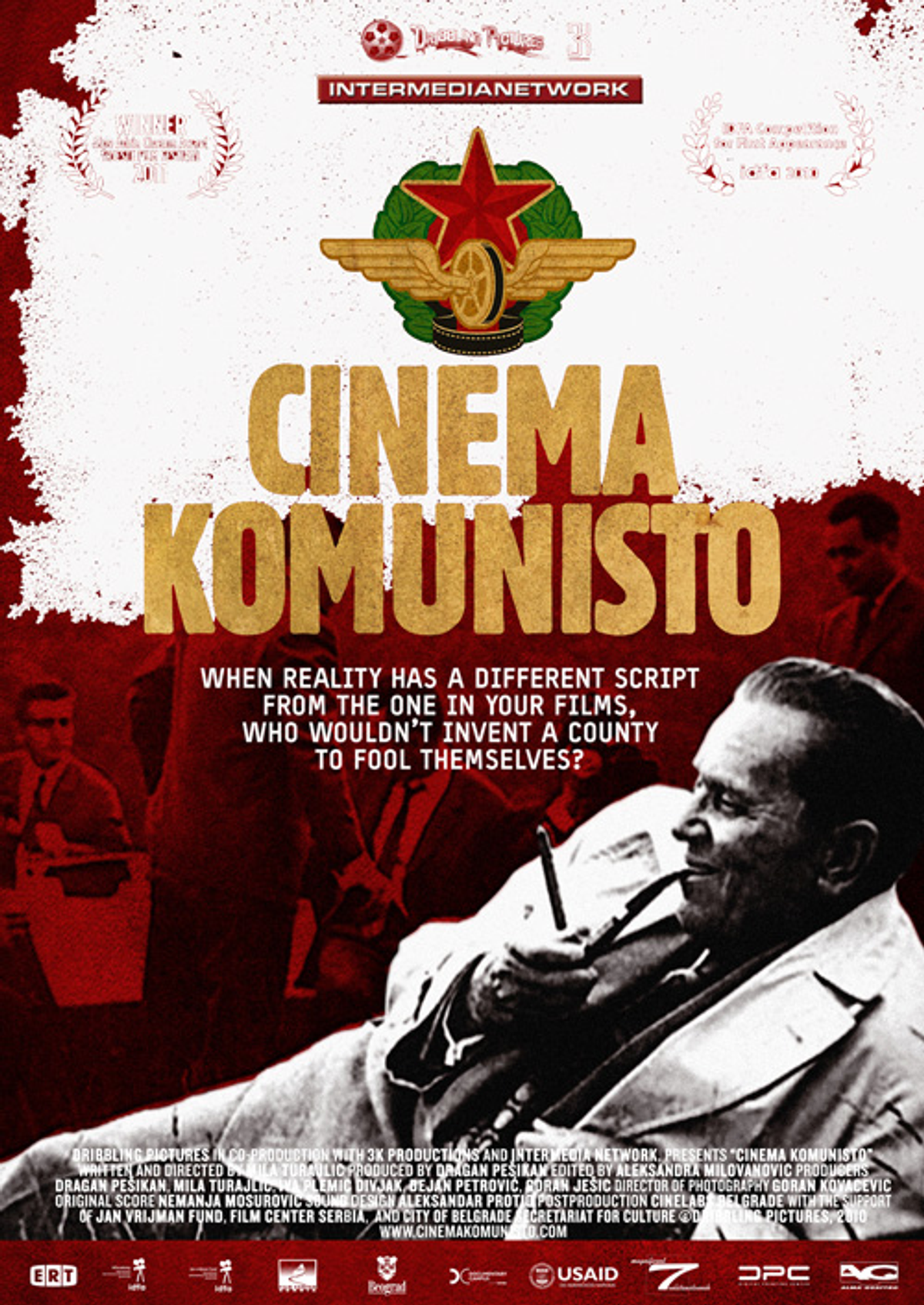 Serbian director Mila Turajlic has captured the visual history of Yugoslavia in her new film, "Cinema Komunisto," which made its North American debut last week at the Tribeca Film Festival. This week it is screening at the San Francisco International Film Festival until May 5, 2011. Turajlic's documentary provides an unprecedented look into the Yugoslav film industry under President Tito.

What is the background for "Cinema Komunisto"? Why did you make this movie and how did you put it together?

I was initially inspired to make a documentary about the old film studios, which were built by the communists. Today they are rotting and abandoned but still have all the costumes and sets and props -- it's a place full of a wonderful atmosphere. Once I started researching the history of the place, I realized that it provides an incredible opportunity to look at the history of Yugoslavia from an unusual angle -- that of fiction-making.

So then the next step was to decide how to put together the story. I decided to mix the past with the present throughout the film, and then decided to piece together the history using clips from feature films rather than the archive, to go further in this exploration of the interplay between reality and illusion.

Can you explain a bit about what you mean on the film website when it talks about "inventing a nation"?

I think that every society has a creation-myth, a story about their origin. Some societies today also have an Official Dream -- the American Dream being the most famous, in which the story of a desirable and fulfilled life is defined as it relates to the common social values. Communist Yugoslavia definitely had both -- an origin myth, which was the fight of Tito's Partisans against the Germans in the Second World War, and an official narrative that was defined by concepts such as "brotherhood and unity," "worker's self-management," Tito's pioneers, etc.

Can you briefly tell us about the Yugoslav film industry under Tito?

Tito signed a decree creating the film studios right after the war. The film industry was given a role in creating the new country. The early films definitely accented the key tenets of this new social order -- the collective over the individual, the sacrifice of the personal for the greater good, the leveling out of social inequalities, etc. An authentic film genre was also created, which are the partisan films, which make up almost half of all films made in Yugoslavia.

During his 35 years in power, Yugoslav President Tito watched a film almost every night. His projectionist, Leka Konstantinovic (standing in the back), showed him a total of 8,801 films. This image, a still from the film, is courtesy Mila Turajlic.

To what extent was he involved in the making of movies? What was the role of censorship?

I was surprised to discover how involved Tito was in the making of movies. It took me a year to get access to his personal archive, and there I found letters actors and directors had sent him, his personal copies of scripts where he had written notes in the margins, telegrams crews had sent him from film sets and film labs. It was kind of incredible. There was definitely support for a certain type of film, but these were not only propaganda films -- many high-quality artistic achievements also had government support. I would say that it was a mixed situation of state support for a certain type of film and a lot of self-censorship within the film companies, where they decided to avoid certain topics because these might cause a problem. In some rare cases films that premiered publicly were then censored.

What was Tito's relationship with Orson Welles and other American actors?

Looking at archival material it is clear that Tito was a charismatic man. You gather that the film stars who came to visit him on his private island enjoyed his company -- particularly Yul Brynner who performed an evening of music for him. Sophia Loren came several times, with her son, and there are pictures of her in the garden and the kitchen cooking. Some filmmakers came to Yugoslavia because they were left-wing, and wanted to see the Yugoslav "socialist experiment" in person -- like Orson Welles and Nicholas Ray -- but also because they knew that the state supported films in a big way.

Were there any topics that were off limits for Yugoslav directors?

Tito definitely wasn't crazy about filmmakers treating some of the shadier sides of Yugoslav history, the underbelly of the national story. So he would sometimes tell them directly not to mess with certain issues, such as the split with Stalin. The contentious aspects of the Partisan struggle (particularly with regard to the Chetniks) were also very carefully treated.

In the '60s a group of filmmakers emerged who were interested in telling small stories about individuals who had fallen through the cracks of society, who were living on the margins. Some of these films were seen as an implicit criticism of the failure of the system, and in their grittiness, as opposed to air-brushed comedies or dramas, were called "the black wave."

Were there any surprising moments or really quirky things you learned about Tito or Yugoslavia when you were doing the research for the movie?

Two moments really stood out: One was finding all the material in Tito's archive. Initially when I wrote the script it wasn't so focused on Tito, but at that point I realized he was much more than a film fan, he was in a way the director of the official story. The second was discovering that his personal projectionist was still alive, and persuading him to take part on the film.

Can you tell us a little bit more about when and where we can see Cinema Komunisto in the U.S.?

Cinema Komunisto had its U.S. premiere at the Tribeca Film Festival on April 21. After that it will be shown at the San Francisco International Film Festival. We are receiving invitations for other festivals and screenings in the U.S., so hopefully in the fall we will be able to take the film on tour. An updated screening list is available at www.cinemakomunisto.com/screenings.

Here's the trailer of the film for your viewing pleasure:

Salon is proud to feature content from Imprint, the fastest-growing design community on the Web. Brought to you by Print magazine, America's oldest and most trusted design voice, Imprint features some of the biggest names in the industry covering visual culture from every angle. Imprint advances and expands the design conversation, providing fresh daily content to the community (and now to Salon.com!), sparking conversation, competition, criticism and passion among its members.