Our lives after bin Laden

My son grew up without a father thanks to the Sept. 11 attack. Has a chapter finally closed for us today? 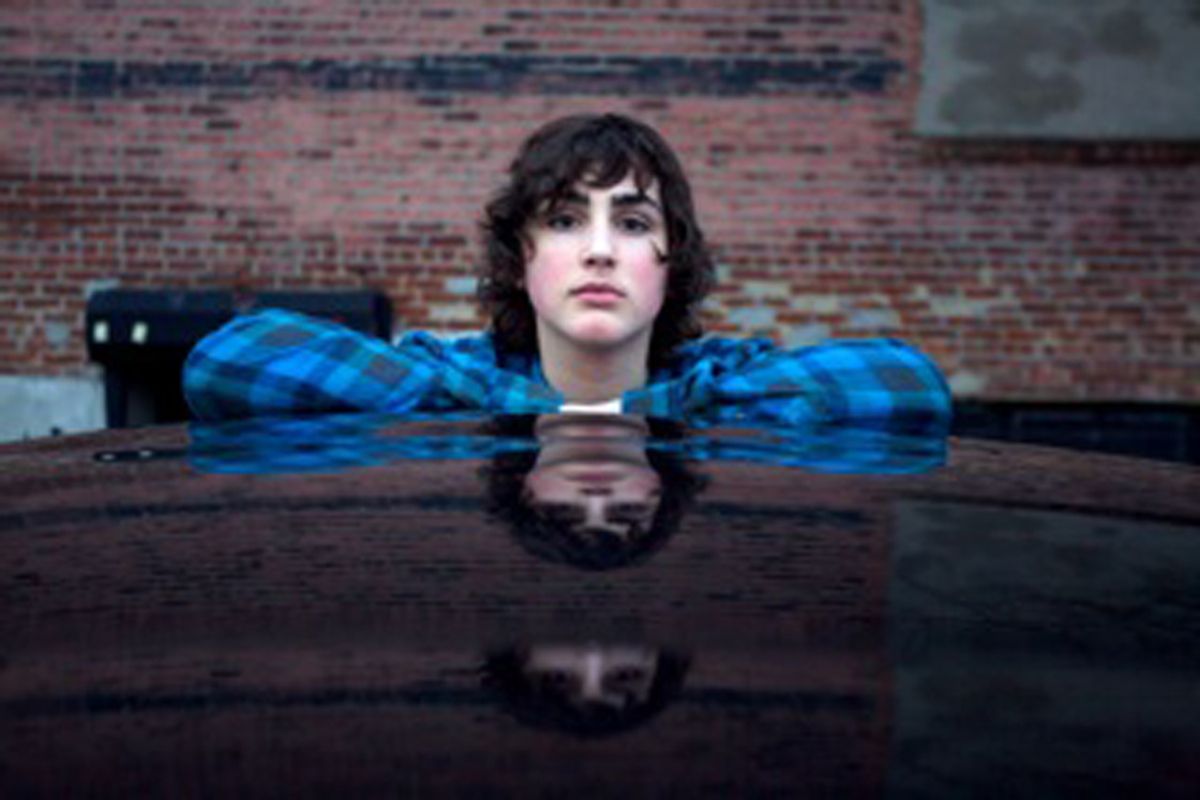 Yesterday, the sky was a perfect, crystalline blue. The color blue that everyone remembers from Sept. 11, the day my firefighter husband was killed along with nearly 3,000 others. I remember how the black plumes of smoke looked against that blue sky, and I remember how that blue lingered for days and weeks and months as I attended countless memorials with empty coffins.

In the afternoon, clouds rolled in, the wind picked up, and by the time I got home, I was cold. I poured wine and put out cheese for friends in from out of town to attend a funeral. By 11 p.m., the first text came in: "Bin Laden dead. I'm sorry if it's crass to text you this but I'm having real emotional reaction to this."

There were more texts after that -- friends sending love, thinking of my son, now 15, and me, wishing us well.

When my son finally went to bed, I reluctantly turned on the television and listened to Obama's speech. He addressed the 9/11 families and our private grief: "the empty seat at the dinner table, the children who were forced to grow up without their mother or father ... nearly 3,000 citizens taken from us leaving a gaping hole in our hearts." He went on to talk about bin Laden's death in Pakistan, and I found myself feeling the way I often do when overwhelmed, looking through the camera of my life as if it were someone else's, hoping to feel something other than numb.

By 6 a.m. the following morning there were dozens of texts and emails and phone calls coming in. I proceeded with my morning ritual as if nothing were happening. I made coffee, let the dog out, woke Aidan up, made lunch, breakfast and then let the dog back in.

Aidan was 5 when his father died, and while he knew his father had been killed "saving others," I managed to protect him from the violent imagery and details of that day. He never saw the burning towers until this year, and I was relieved that I mostly managed to keep his life sacrosanct.

Now, at 15, Aidan stands over 6 feet tall with his father's handsome features, my eyes, and feet so large I have to special-order sneakers. As he has matured, I have filled in the details of Dave's death, answering questions about al-Qaida, terrorism, how religion, politics and emotions intertwined around the charged nature of Sept. 11. But when Aidan finally lumbered down the steps into the kitchen, I greeted him with a hug and simply whispered, "Bin Laden is dead." Aidan wanted the details, and I told Aidan how he had been found by the military at a compound in Pakistan, that the forces killed him, took possession of his body and then tossed him into the sea.

"How do they know it's him?" my son asked. He had just learned about the Bay of Pigs in history class and was fascinated by how they killed someone who merely looked like Castro instead of Castro himself.

"I'm sure it was him," I reassured him. He ate his eggs. He asked more questions.

By 6:45, I was already tired as I drove him to the Staten Island ferry. I was relieved the sky was gray, softening the edges of the skyline.

"Mom, I feel a big weight off my shoulders," Aidan said, grabbing his backpack from the back seat and saying goodbye.

As I watched him walk toward the terminal I cried -- not out of relief for bin Laden's death but sadness that Aidan had to carry any weight at all, that a whole generation of children like him have had to grow up in a world of fear, hate and intolerance.

On the drive home, the news stories continued. People were celebrating at ground zero and in Times Square, cheering as if the ball had dropped on New Year's. Bin Laden's bruised corpse was posted on the Internet along with the words about hope, relief and comfort. Yet, all I could feel was a numbness, as dull and muted as the sky.

A little after 1 o'clock Aidan called. He was uncharacteristically upset and wanted to come home from school. "Everyone is talking about bin Laden. In every class, they are happy he is dead, but I don't feel happy." I convinced him to stay in school and promptly called the headmaster and school social worker who promised to help Aidan through the day.

I sat in front of my computer and tried to work, staring into my yard as the sun struggled to burn through the clouds. I wondered if I would feel better if they had captured bin Laden alive. I imagined myself in a courtroom at his trial, facing down the bearded man who has haunted my dreams over the last nine years. I pictured myself standing behind a podium, reading what I had written about the magnitude of my loss and the scars he had inflicted on my heart.

Unable to work, I began to read the comments from friends and family instead. There were countless Facebook messages, texts and emails wishing Aidan and me well.

It made me recall the aftermath of Sept. 11, how strangers and friends from around the country and the world met our profound sadness with overwhelming expressions of support and love. Letters, books, quilts, teddy bears, bookmarks, remembrances poured into our small apartment giving me comfort in my desperate loneliness and hope in my darkest hours. As time passed it felt as if something much bigger was happening, a shift in the cosmos that was uniting the world in an unprecedented display of humanity.

The chapter ended all too quickly; war, fear and politics divided us again. Life continued its smooth and crooked line and the search for bin Laden continued. As each anniversary passed, there seemed to be a collective need for closure on the events of 9/11.

Today may have have marked that closure. Bin Laden is dead, sinking into his watery grave, and while I admit there is a subdued sense of relief, anyone who has lost someone they love knows that grief is not as easy as that. The people murdered on 9/11 will never be forgotten, their loss as enduring and changing as the color of the sky on that infamous day.

Marian Fontana has been a writer and performer for the past 20 years. Her articles have appeared in The New Yorker, Vanity Fair, Elle, Parenting and Martha Stewart magazine. Her most recent book, "A Widow's Walk," was on the New York Times best selling memoir list.