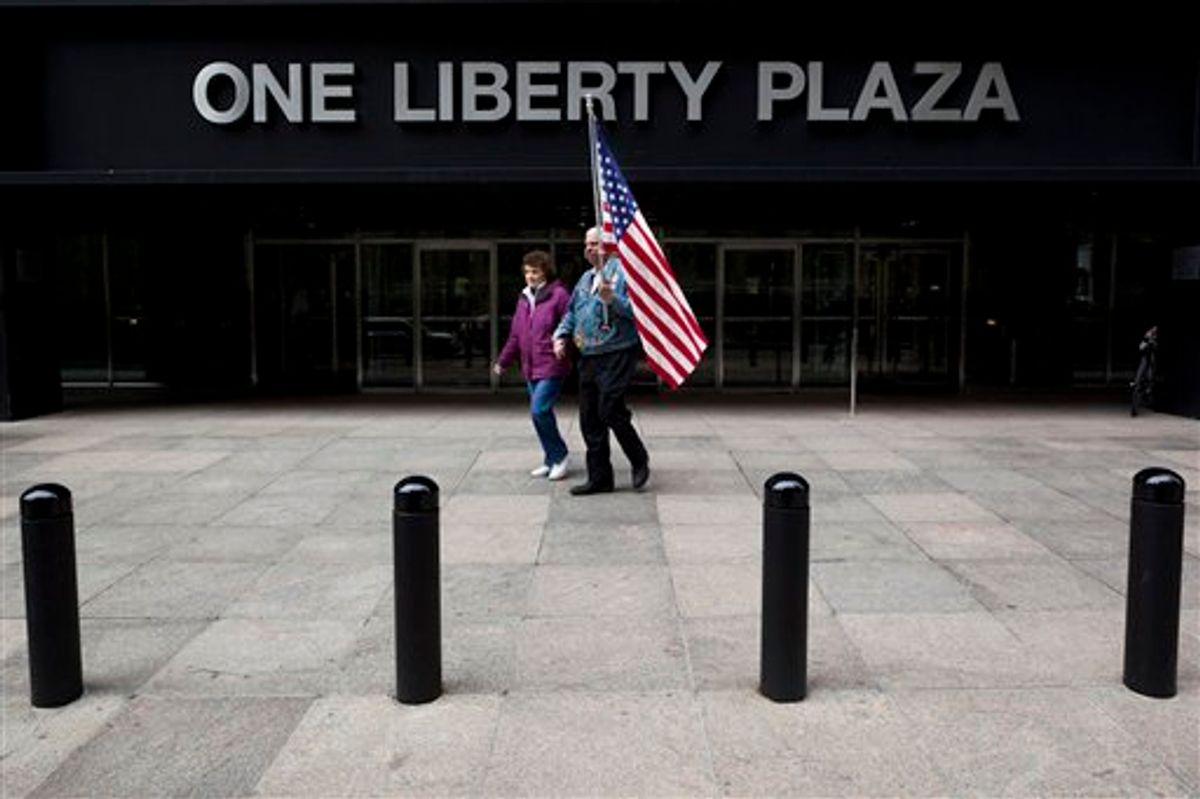 The White House says Obama will visit ground zero, the site of al-Qaida's attack on the World Trade Center, and meet with the families of those killed nearly 10 years ago.

U.S. forces killed bin Laden during a raid on a compound in Pakistan where he had been hiding, then buried him at sea.

Flag-waving crowds have been gathering at the lower Manhattan site of the attack since Obama announced bin Laden's death late Sunday.