Scott Pelley taking over for Couric as CBS anchor

The "60 Minutes" veteran will take over on June 6 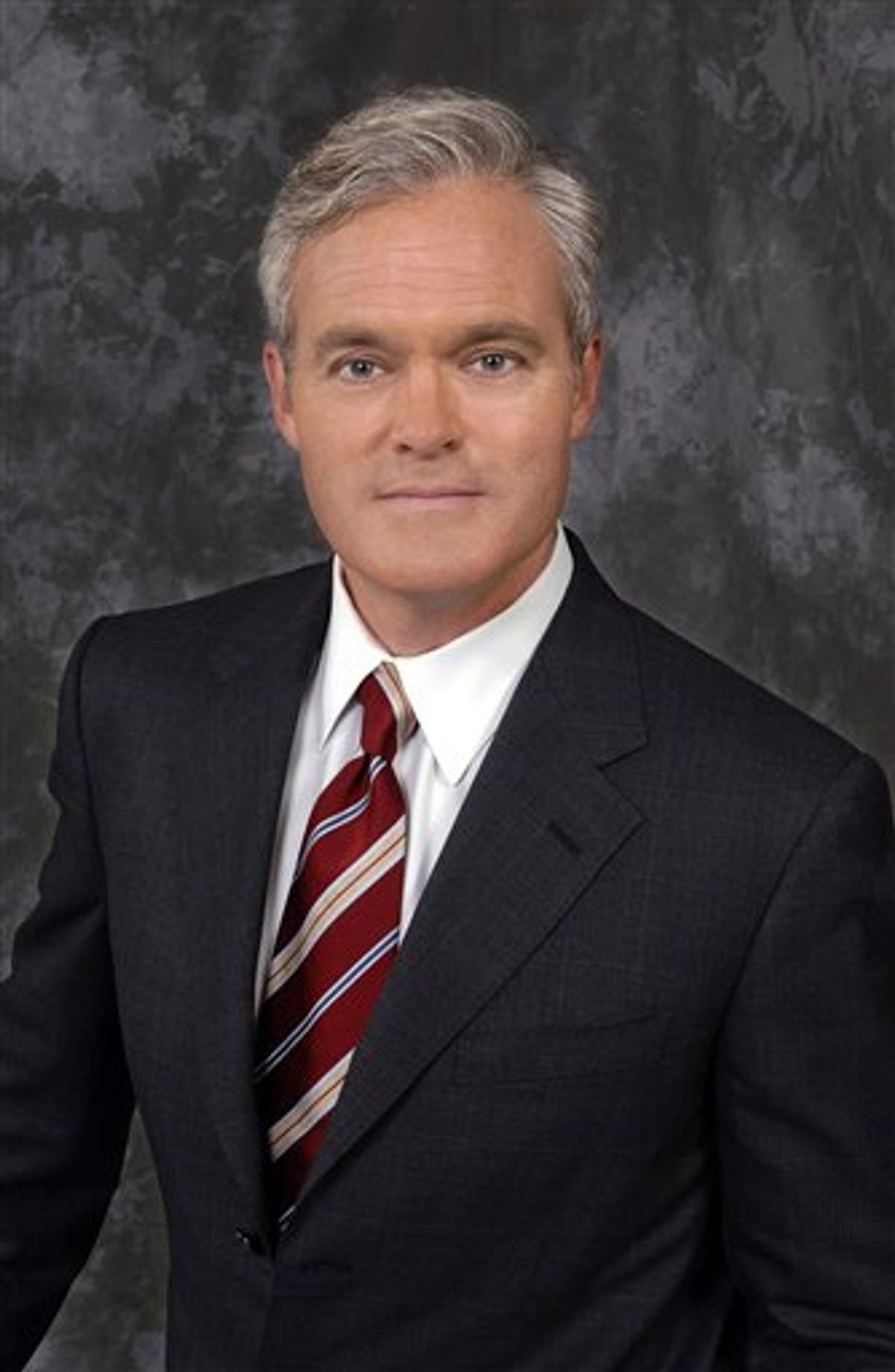 In this 2005 photo released by CBS, "60 Minutes" correspondent Scott Pelley, is shown. (AP Photo/CBS, John Filo) MANDATORY CREDIT; NO ARCHIVE; NO SALES; FOR NORTH AMERICAN USE ONLY. (AP)
--

CBS says Scott Pelley will take over as its evening news anchor, starting on June 6.

The network on Tuesday announced the expected selection of Pelley, the veteran "60 Minutes" reporter, to replace Katie Couric on the "CBS Evening News." Couric is pursuing a syndicated talk show, but hasn't said where she will be working next. The date for her final CBS broadcast has not been set.

Pelley is a Texas native who has worked at CBS for two decades. He will inherit a broadcast that is in last place in the ratings behind NBC and ABC, and has been for some time.

CBS said Pelley will continue to do stories for "60 Minutes."