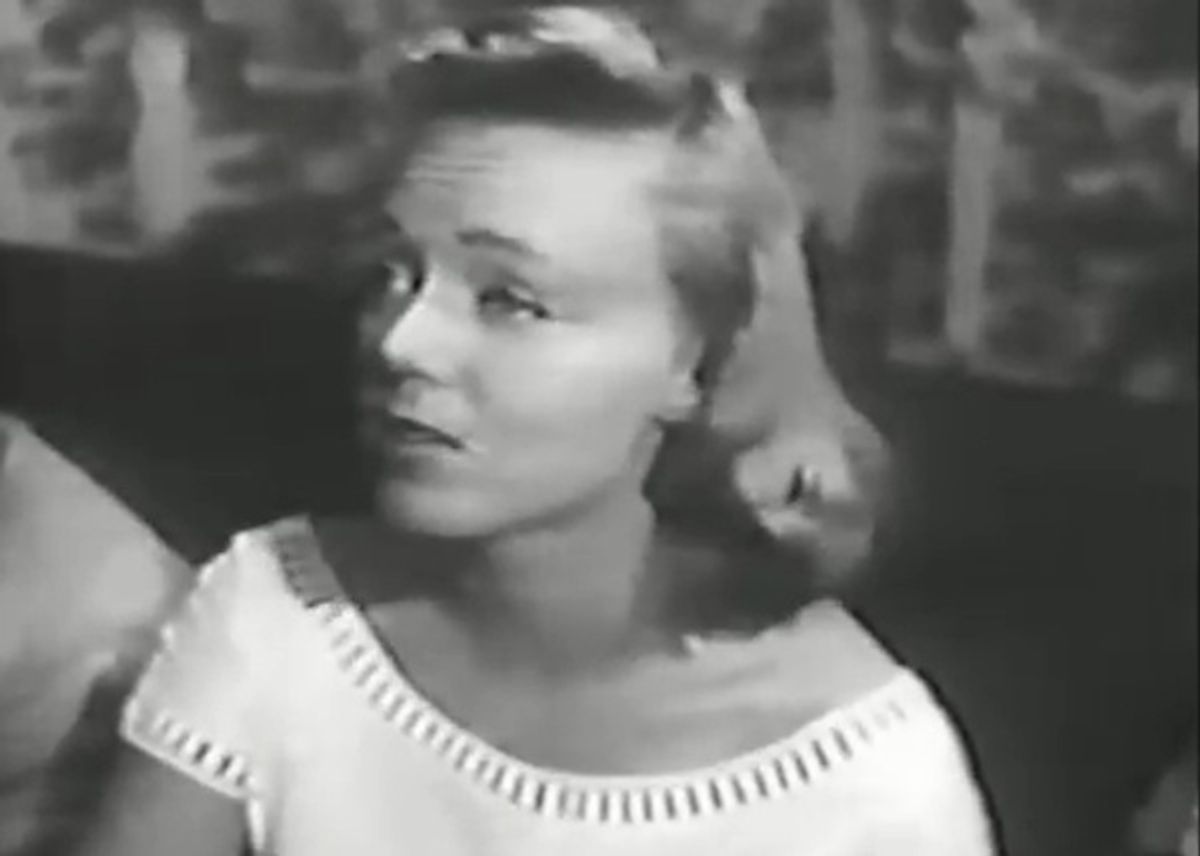 It's a well-documented fact that Hollywood is cruel to women, both those on the screen and those of us watching at home with our unrealistic body expectations. Somehow, I always manage to forget this fact right before I buy my ticket to the next "Transformers" film, but the story of Yvette Vickers is chilling enough to taint anyone's idealization of the City of Angels.

Yvette was a cult-famous B-movie actress of the '50s and '60s, first appearing in "Sunset Boulevard" in a small, unaccredited role and moving up to star in such features as "Attack of the 50 ft Woman" and "Attack of the Giant Leeches." She was also famous for her Playboy centerfolds, the first one of which was shot by noted sexploitation director Russ Meyers.

Sadly, Vickers died sometime earlier this year. As it turns out, she'd been dead for months, though the police just found her body in her Benedict Canyon home last week. According to the L.A. Times:

Vickers, 82, had not been seen for a long time. A neighbor discovered her body in an upstairs room of her Westwanda Drive home on April 27. Its mummified state suggests she could have been dead for close to a year, police said.

Even sadder was the report from the neighbor who broke into Vickers' house after noticing the mail piling up for months:

"She was looking at a cordless phone that appeared to have been knocked off its cradle when she first saw the body on the floor, she said. Savage had known Vickers but the remains were unrecognizable, she said."

A really sad, stark reminder to any young actresses out there: No matter how high you're riding now, there's still a chance that everyone will forget about you and you'll be dead for months before someone finds your body.