Bin Laden was not a "Muslim leader"

The Washington Post -- and many Americans -- may doubt Obama's words, but poll numbers prove their truth 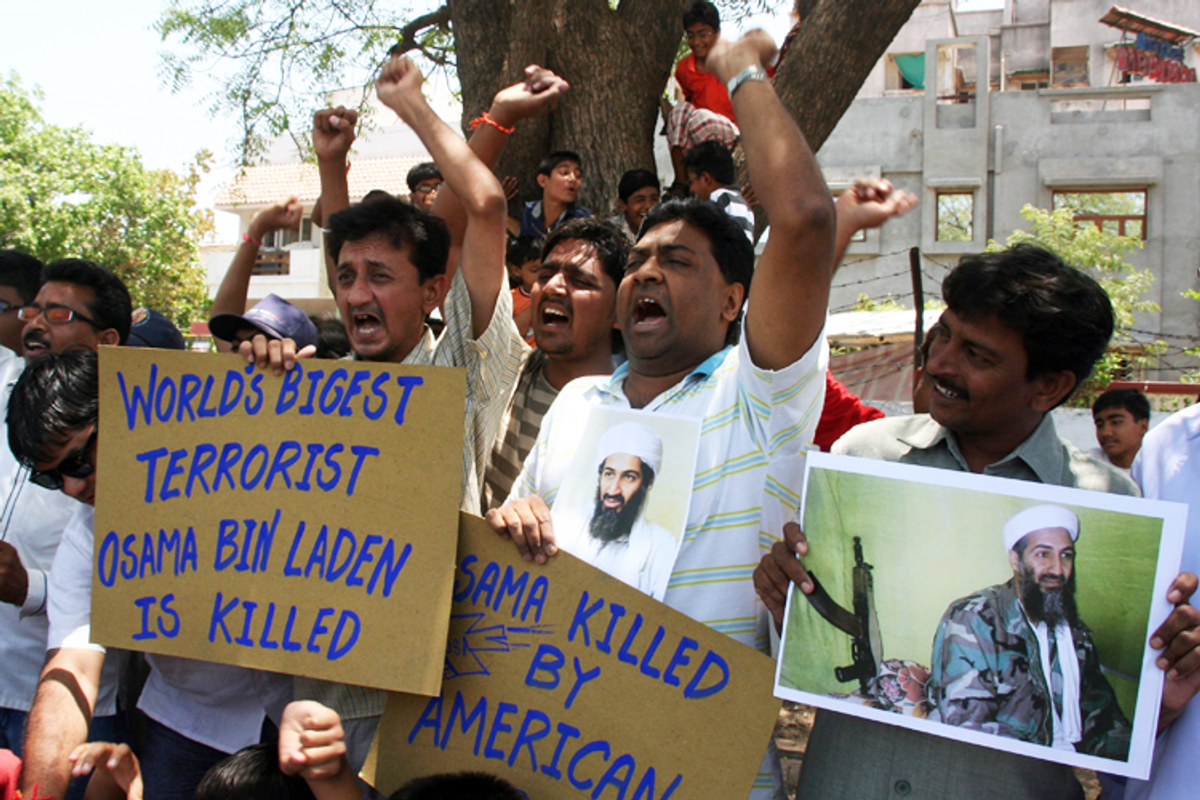 The Washington Post this morning ponders a portion of President Obama's Sunday night speech that likely made many Americans take pause -- the portion in which the president explicitly said "bin Laden was not a Muslim leader." This key phrase directly counters an integral tenet of the "war on terror" narrative: the vision of the current era as an epic conflict between the United States and a global Muslim population supposedly guided by the al-Qaida mastermind.

However, despite the ubiquity of this kind of Islamophobic "us-versus-them" framing, and despite the Post's perseverating, Obama was exactly right, and not just because, as the president correctly noted, bin Laden was "a mass murderer of Muslims" -- but because bin Laden doesn’t meet a basic definition of "Muslim leader" in terms of mass support and following in the Muslim world.

That's right, as the Pew Research Center's Global Attitudes Project reports, "In the months leading up to Osama bin Laden's death, a survey of Muslim publics around the world found little support for the al-Qaida leader [and] al-Qaida also received largely negative ratings among Muslim publics."

In fact, a comparison of these results with Pew's larger study from 2010 shows that in terms of favorability ratings, Obama outpolled bin Laden and the United States outpolled al-Qaida in almost every Muslim nation surveyed.

Of course, just because bin Laden and al-Qaida are wildly unpopular in the Muslim world doesn't mean the United States is winning over those populations in the long haul.

As America occupies Iraq and Afghanistan, bombs Libya and Yemen, conducts drone strikes in Pakistan and props up repressive dictators in Saudi Arabia and Bahrain, Pew's data shows the Muslim world still conflicted as to whether the United States is an ally or an aggressor. So, a recent Zogby poll finding that "a majority of the public across the [Middle East] -- including a sizable minority in Saudi Arabia -- believes a nuclear-armed Iran would be a positive development in the Middle East." That's not because Muslims necessarily support the Iranian regime at large, but because, as one of the pollsters noted, many Muslims see nuclear arms as the only deterrent to U.S. aggression in the region.

The bottom line, then, is clear: While insinuations that the Muslim world monolithically loved bin Laden and continues to love al-Qaida are absurd, it's perfectly reasonable to suggest that our current occupations and bombing raids aren't winning the "war on terror" -- that is, as long as you consider the "war on terror" as much a long-term battle for hearts and minds as a short-term exercise of military maneuvers.