Did the spiritual leader of Tibetan Buddhism give us permission to kill an enemy? Only according to a headline 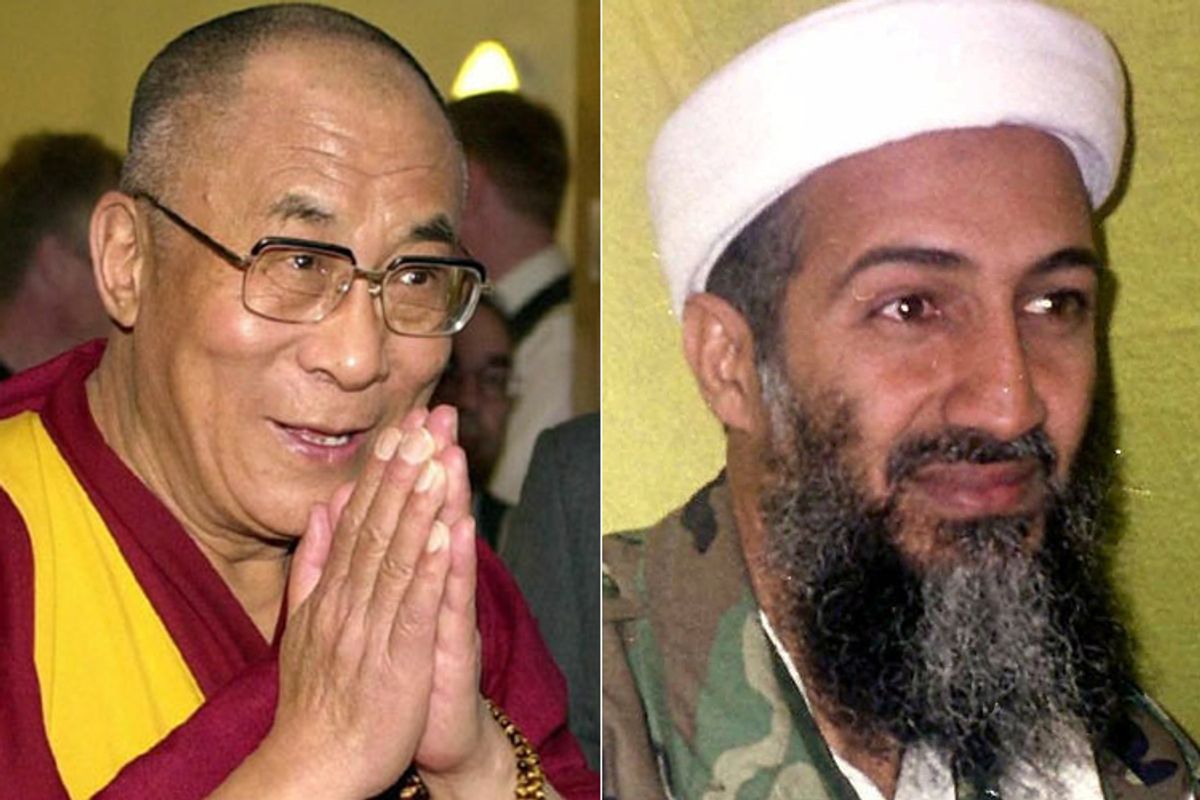 Did you hear? The Dalai Lama says it's totally cool that we shot Osama bin Laden in the head. He is fine with it. The guy who says you should only shoot to wound when you're defending yourself from an immediate mortal threat is making a little "revenge" exception, just this once.

Now that this L.A. Times story on the Lama's comments has been picked up by Drudge, it's everywhere, but few people seem to have read beyond the headline. And the headline -- "Dalai Lama suggests Osama bin Laden's death was justified" -- is problematic!

"Suggests" is a maddeningly vague word -- it's a word a headline writer uses when the subject did not actually outright say something -- and we have no clue what the Dalai Lama actually said:

Yes, so, newspaperese does not really cut it here. This sort of paraphrasing is better suited to bland statements from government officials than extemporaneous interpretation of doctrine from religious leaders, where the exact wording does tend to matter. All I'm seeing is something very non-specific about "counter-measures." The headline "Dalai Lama says Osama bin Laden deserved forgiveness and compassion" would be equally (more?) accurate! But less "newsy," I guess.