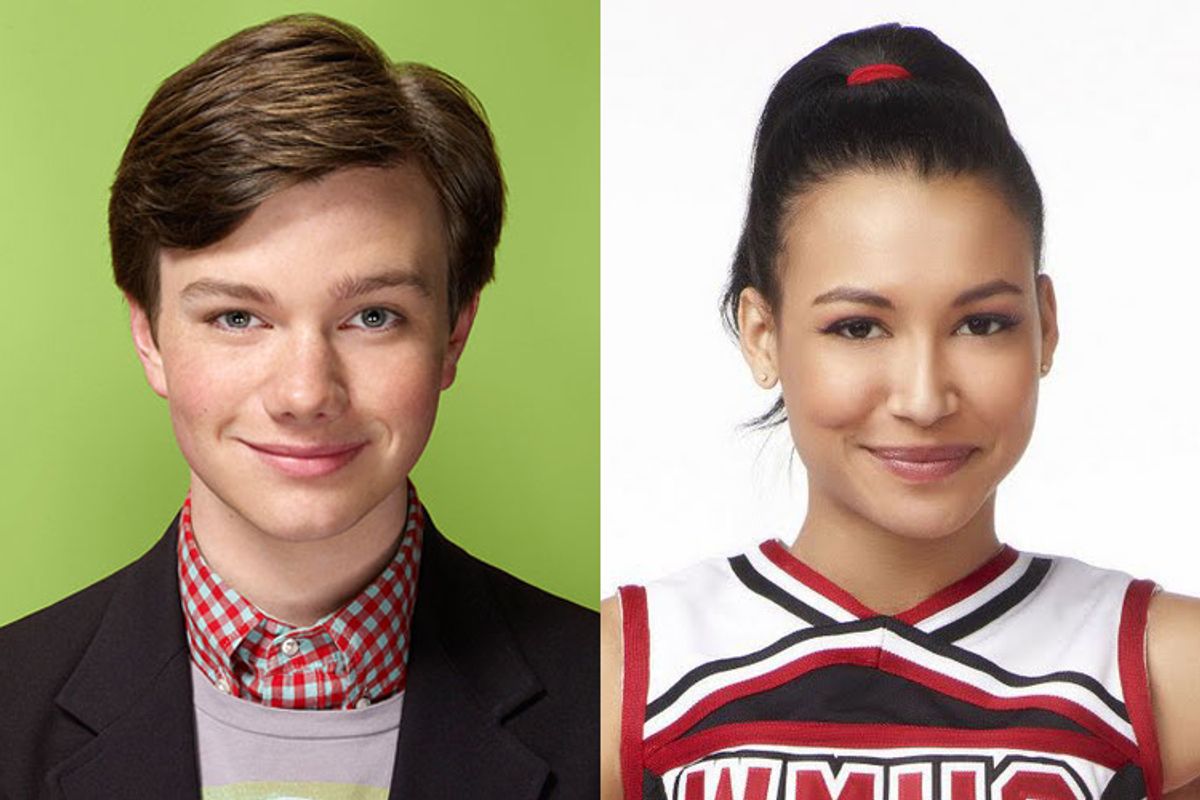 It's not news that "Glee" – one of the most fearlessly gay-friendly series ever to air in primetime – has been a thorn in ultraconservative sides since it debuted two years ago. Last winter, Media Research Center president and enemy of show tunes Brent Bozell called the show "gay teen propaganda." And in March, has-been comedienne Victoria Jackson ranted that a same-sex kiss on the show was "disgusting." But with back-to-back episodes tackling head-on tough issues of bullying and coming out, the show has inspired one of its most ludicrously homophobic responses yet – a FOX Houston news segment that asks the question: "Is TV too gay?"  Next on FOX: Is TBS too black?

During the segment, which aired after last week's Lady Gaga-themed "Born This Way" episode, host Damali Keith kicked off by comparing the show's gay themes to "product placement" -- you know, the kind that leaves "everyone in the theater thirsty for that particular brand." Yes, that's how it happens, America. One day your teenage son is banging the head cheerleader. The next, he hears a few bars of Chris Colfer's seductive warbling, and wham! Suddenly he's "thirsty" for that particular "brand." Of penis. Homosexuality – it's exactly like walking past a Cinnabon.

Keith went on to ask the American Family Association's head windbag Bryan Fischer about the show's family friendly-early time slot – it airs at 7 in Houston. "Is that a little bit too early?" she mused with concern. Fischer, who'd already railed about the show's "glamorizing homosexual behavior" staunchly agreed that indeedy it is, then went on to declare that "homosexual behavior is just as risky and just as dangerous as injection drug use." The one voice of reason in the whole absurd debate came from activist Ray Hill, who declared with admirably restrained astonishment, "I don’t even know why this conversation is being held."

The whole ridiculous waste of airtime could have gone largely unnoticed outside of Texas, but on Tuesday, the Gay & Lesbian Alliance Against Defamation went public with its demand for an official apology from FOX Houston for the segment, and started a petition at change.org to rally support for the cause.

GLAAD notes, quite correctly, that FOX didn't even bother to book any "experts on young adult development or youth themselves," relying instead on a man who uses the hyperbole of "propaganda" to describe a television show, a man who recently called Muslim student groups "parasites" and a "toxic cancer"  (as opposed, I guess, to the nontoxic kind of cancer). GLAAD says when it contacted the station last week it was assured an apology was forthcoming, a decision Fox Houston has since reversed.

You can't unring the stupid bell, and both Keith and Fischer's ignorant remarks have already been given the undeserved legitimacy of a platform. But as "Glee" and its ilk continue – not always successfully or convincingly, but at least always with sensitivity and consistency – to explore the issues facing gay and questioning youth and their communities, it remains crucial to keep sending the message to broadcasters to stop booking bigots.

There's room to debate the merits of a show on its own terms, and even its appropriateness for very young audiences. But as "Glee" moves forward and its characters explore their loves, their longings, and their individual journeys out of the closet, the punditsphere has got to step up and try a little harder, to say that crackpots don't deserve airtime. Because idiocy and intolerance are neither fair nor balanced.

And by the way, the answer to the question of whether TV is "too gay" is a simple no. A better question for FOX and company to try to solve might be the one Minnesota Representative Steve Simon eloquently put forth earlier this week: "How many more gay people does God have to create before we ask ourselves whether or not God actually wants them around?"

Is TV Too Gay?: MyFoxHOUSTON.com