Katy Perry is probably the most tolerant person you don't know 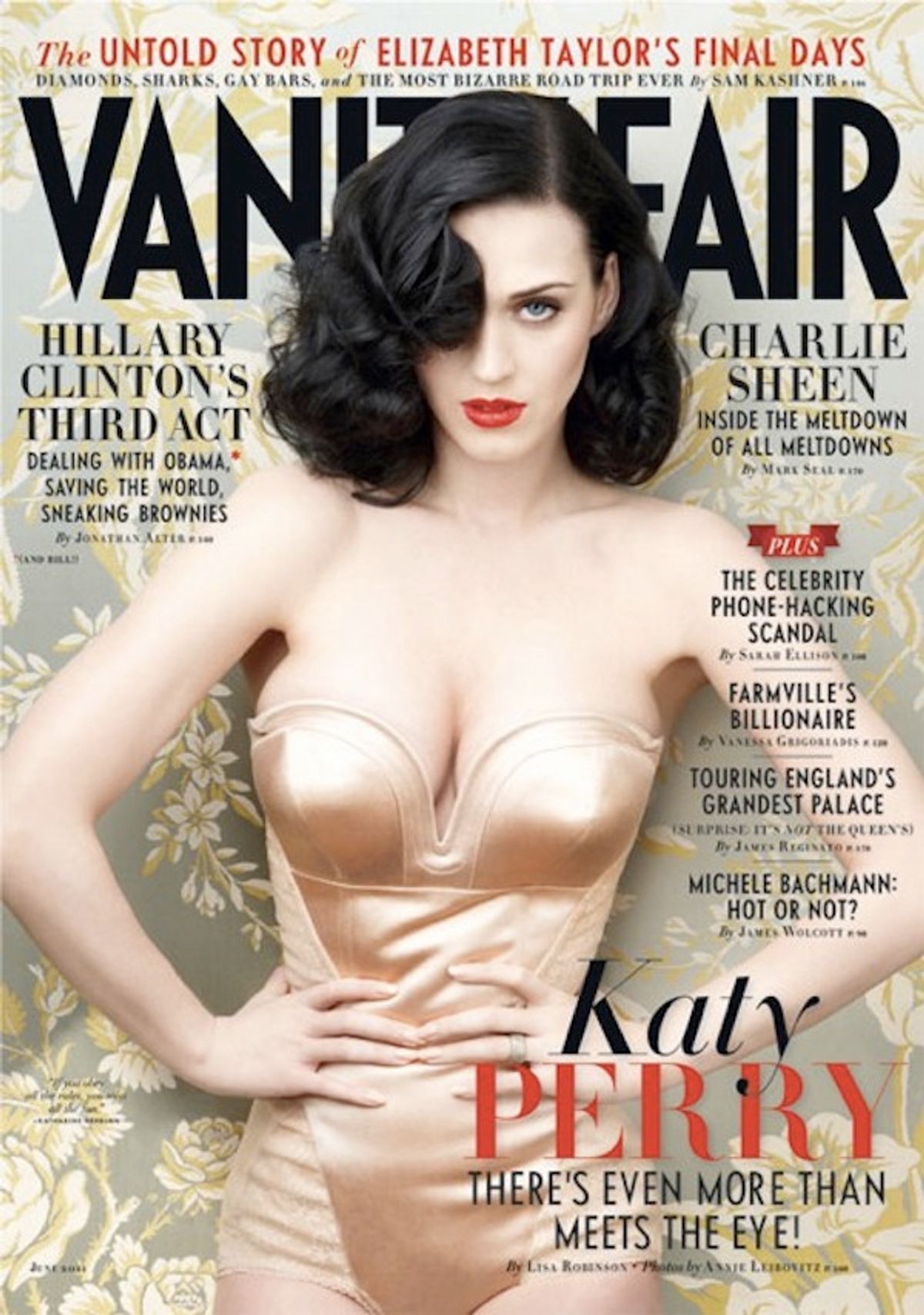 She's much more accepting than you are. Deal with it.
--

It's easier to forgive Katy Perry for drawing attention to her breasts on "Sesame Street" when you consider that up until recently she lived a more repressive lifestyle with her born-again Christian parents. A new Vanity Fair cover story outlines just how intense Katy's childhood was, with ideas like Planned Parenthood being an abortion clinic and the phrase "deviled eggs" being as bad as a four-letter curse word. Katy even released a self-titled gospel album in 2001 (back when her name was Katy Hudson), before hitting it big time in 2007 for "Ur So Gay" and in 2008 for "I Kissed A Girl."

In fact, for those of you keeping score at home, Katy is probably one of the more tolerant people you'll find out there in Hollywood, as she's learned to accept her parents again, despite her fanatical religious upbringing.

"I think sometimes when children grow up, their parents grow up," Perry says of her evangelical-minister parents. "Mine grew up with me. We coexist. I don’t try to change them anymore, and I don’t think they try to change me. We agree to disagree..." Perry’s mother confirms that she is proud of her daughter’s success, telling Robinson, "The Lord told us when I was pregnant with her that she would do this."

This sort of "live and let live" attitude must come in handy while dealing with her husband, Russell Brand, whose religious beliefs seem to fall very close to that of Aldous Snow, his character from "Forgetting Sarah Marshall" and "Get Him to the Greek."

"Russell is into Hinduism, and I’m not [really] involved in it. He meditates in the morning and the evening; I’m starting to do it more because it really centers me. [But] I just let him be him, and he lets me be me."

How many people can walk through the fire of religious brimstone, reject it and still accept anything other than complete atheism in their mates? It's a testament to Perry that she can let her mate be himself, as long as she can be herself -- something she wasn't allowed to be for most of her life.