Can you pass an 8th grade civics test?

Only 20 percent of students who took last year's NAEP were "proficient" in civics. See how you'd have done 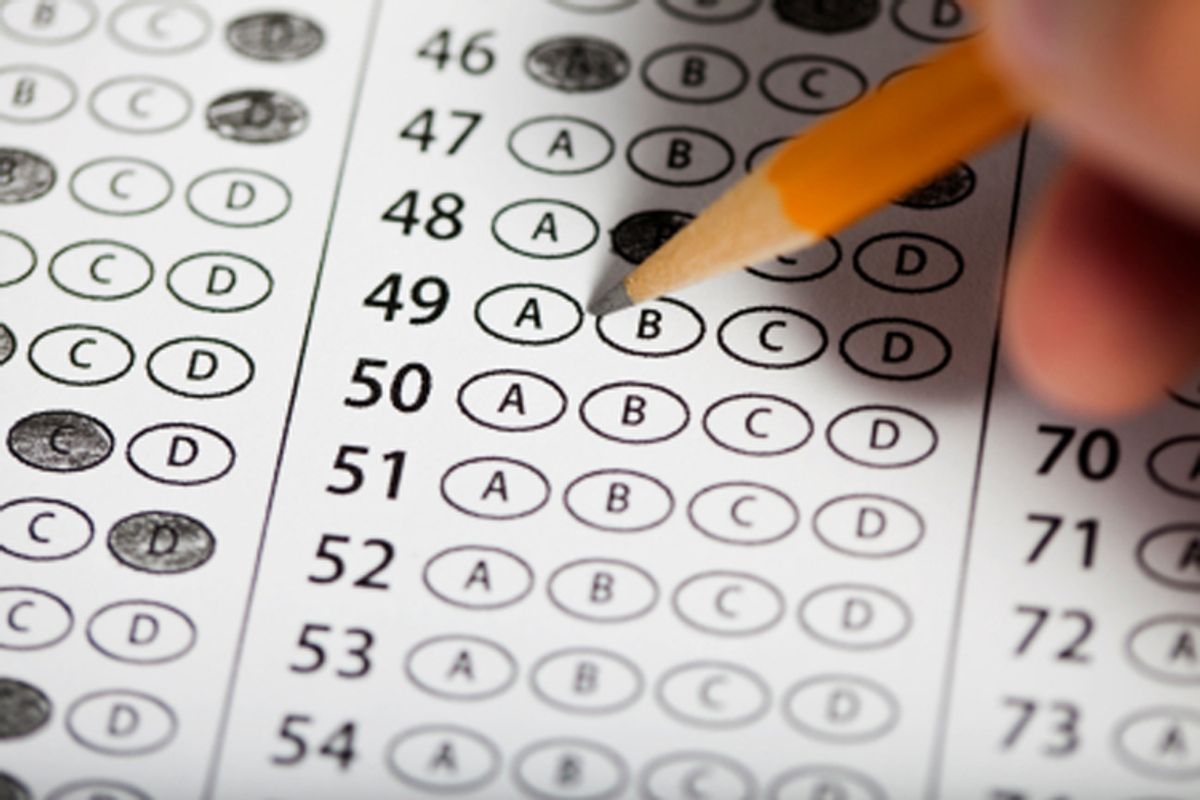 "Responsible citizens of a constitutional democracy such as the United States should have adequate knowledge of the country's principles and institutions, skills in applying this knowledge to civic life, and dispositions to protect individual rights and promote the common good."

So begins the introduction to the summary report for 2010's National Assessment of Educational Progress (NAEP), which was released this morning. However, it turns out that, where civic knowledge is concerned, "the nation's report card" does not actually look very encouraging. In fact, the average score for 8th graders on the NAEP was 151 out of 300 points -- and only around 20 percent of students performed at or above the "proficient" level.

How well would you do if you took the test yourself? We've chosen 10 sample questions from the 8th-grade section of the NAEP's website -- some harder than others. Grab a pencil and get going! (Answers are below.)

2. A military government in Country X is taking away the political rights of a particular group in the country. What impact would this most likely have on the United States?

3. The United States and Japan disagree most about the

4. Which of the following has been ruled unconstitutional by the Supreme Court?

5. Which of the following is an example of people using power without having the right to do so?

6. The process for amending the United States Constitution is described in Article V of the Constitution. According to Article V, both Congress and the states must participate in the amendment process. This requirement reflects which of the following ideas about the distribution of power in America?

7. Which of the following is a true statement about the United States Constitution?

8. What is one responsibility that modern Presidents have that was not described in the Constitution?

9. Sometimes the common good conflicts with individual rights. Which of the following is an example of this?

10. Near the end of an election campaign, a poll shows that an issue that no candidate has mentioned is of great concern to voters. What is most likely to happen?