"Proof" won't silence the right-wing nut-jobs who make up Palin's base. Plus: Rummy flip-flops on torture! 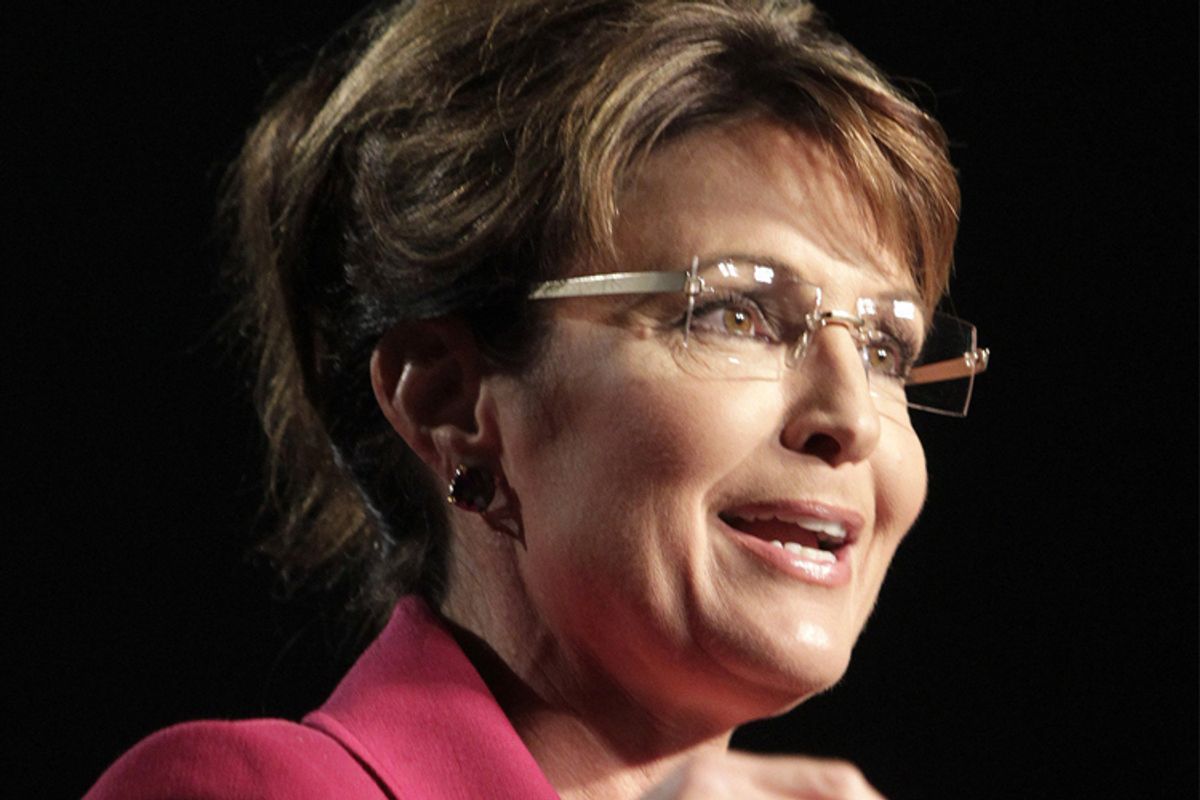 President Obama is right not to release photographic "proof" that Osama bin Laden is dead. There's absolutely no upside: The lunatic fringe will still doubt the evidence, and gruesome corpse photos run the risk of creating a backlash against bin Laden's killing that doesn't exist so far.

"We don't trot this stuff out as trophies," Obama told CBS's Scott Pelley, in an interview to be aired on "60 Minutes" this Sunday. "We don't need to spike the football. Given the graphic nature of the photo, it would create national security risk."

Show photo as warning to others seeking America's destruction. No pussy-footing around, no politicking, no drama;it's part of the mission (sic)

Who does Palin think is "pussy-footing" around? The president? Navy SEALs? In what world does the quitter from Wasilla get to determine "it's part of the mission"? No world we live in, thank God.

Releasing the photos won't silence the right-wing fringe that makes up Palin's base. Let's all remember: If not for the successful bin Laden operation, we'd likely still be trying to swat down lunatic claims that the president's long-form birth certificate was a forgery. Obama silenced those doubters (for now, anyway) by decisively changing the subject on Sunday. The ultra-right fringe that's committed to believing the president is illegitimate -- in every way; aided and abetted by Palin -- can't be satisfied by proof.

We still have people who don't believe Flight 93 went down in Shanksville, Pa., on 9/11, and who say the twin towers came down due to an explosion, not the two planes flown like missiles into their upper floors. As Obama joked Saturday night, people still believe the 1969 moon landing was faked, and that Biggie and/or Tupac are still alive. At the same time, a graphic photo of a dead bin Laden immediately creates an image of martyrdom for his longtime followers -- and maybe some new ones. People have argued that the U.S. showed proof of the death of Saddam Hussein and his sons, as well as other al-Qaida leaders and functionaries who've been killed. But the face of bin Laden is iconic, his creepy charisma part of his recruiting power. There's no reason to hand his supporters a ready-made protest sign.

Of course, there are transparency reasons for eventually releasing the bin Laden photos and other photographic evidence of controversial U.S. operations that have resulted in casualties on our many foreign battlefields. And it's possible that human rights groups will eventually succeed in making such photos public, including those of bin Laden. That's a different argument. For now, under pressure by even some in his adminstration who think a photo might put to rest doubts that bin Laden is dead, Obama is making the right choice.

Meanwhile, this is funny: Donald Rumsfeld has flip-flopped on torture! Monday he told Newsmax (a site of no credibility, but Rumsfeld didn't deny giving the interview):

First of all, no one was waterboarded at Guantanamo Bay. That’s a myth that's been perpetrated around the country by critics. The United States Department of Defense did not do waterboarding for interrogation purposes to anyone. It is true that some information that came from normal interrogation approaches at Guantanamo did lead to information that was beneficial in this instance. But it was not harsh treatment and it was not waterboarding.

Rumsfeld also agreed with Hannity that "if he [Obama] had had his way, and Democrats had their way, we wouldn’t have had this intelligence." Stay classy, guys!

(An early version of this post conflated President Obama's quotes with a commentator's.)

On MSNBC's Hardball today we discussed the president's decision on the bin Laden photos: