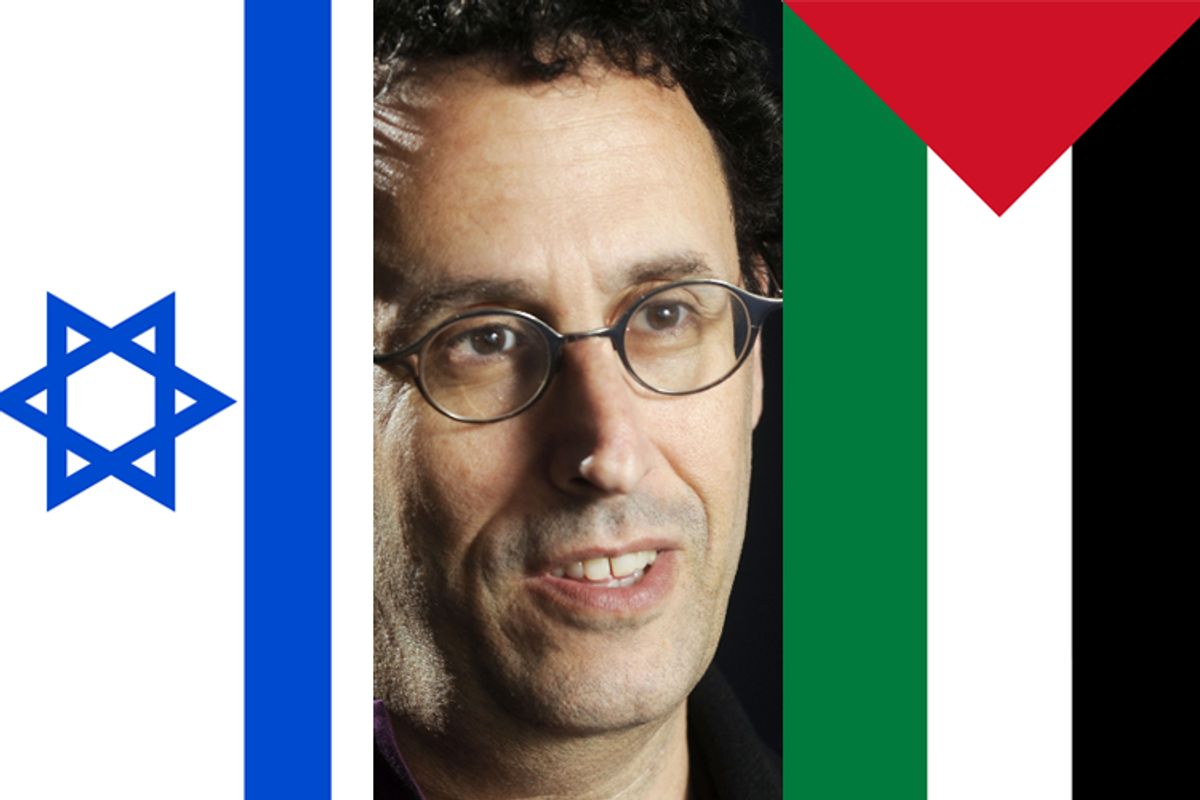 For the second time in just six months, the City University of New York has become embroiled in scandal over the politics of the Israel-Palestine conflict. This week, the CUNY board of trustees blocked an attempt by one of its member colleges to award an honorary degree to the celebrated playwright Tony Kushner, who is also a prominent Jewish critic of Israel's treatment of the Palestinians.

A request by John Jay College to award Kushner an honorary degree was tabled on Monday night after one CUNY board member criticized -- and, Kushner argues, distorted -- the playwright's past statements on Israel. That effectively killed the honor, at least for this year, because the board isn't scheduled to meet again until after graduation in June.

In an interview today, Kushner told me he is asking for an apology after the "unprecedented and pretty ugly experience." He also blasted the board for indulging in "McCarthyite nonsense." Kushner sent a strongly worded letter to the CUNY board, reprinted below, outlining his views on Israel and asking why he was not given a chance to respond at the meeting Monday night.

"I accepted the kind offer of a degree from John Jay College not because I need another award, but because I was impressed with the students and teachers there -- as I have always been impressed with CUNY teachers and students -- and I wanted to participate in celebrating their accomplishment," wrote Kushner. "I did not expect to be publicly defamed as a result, and I believe I am owed an apology for the careless way in which my name and reputation were handled at your meeting."

Regular readers will remember a January incident in which a CUNY adjunct professor was fired after a right-wing Brooklyn assemblyman complained the professor was too pro-Palestinian. The professor got his job back after intense media attention and a national outcry about the violation of academic freedom.

The driving force behind the decision to table the honorary degree for Kushner is CUNY board member Jeffrey Wiesenfeld, a principal at the firm Bernstein Global Wealth Management. He is also a former aide to Sen. Al D'Amato, R-N.Y., a trustee at the pro-Israel think tank the Washington Institute for Near East Policy, and an organizer of the Salute to Israel Day Parade Committee.

"There is a lot of disingenuous and non-intellectual activity directed against the state of Israel on campuses throughout the country, the West generally, and oftentimes the United States as well," Wiesenfeld began his speech Monday night.

He went on to blast Kushner for, among other things, serving on the advisory board of Jewish Voice for Peace, which has supported a boycott of some Israeli companies. Kushner told me he does not support a boycott but he remains proud to be associated with JVP. (Here is JVP's statement on boycotts.)

After Wiesenfeld's speech, no other board member objected or even spoke on the matter. Nonetheless, the board agreed to separate Kushner's name from the other crop of honorary degree recipients. The board then hastily agreed to table the Kushner degree and the meeting was adjourned.

The full audio of the hearing is here (.mp3). The relevant portion starts 10 minutes from the end.

In his letter to the board, Kushner outlines his views on Israel at length. A sample:

I won’t enter into arguments about Israeli policy towards the Palestinian people since 1948, about the security fence or the conduct of the IDF, except to say that my feelings and opinions -- my outrage, my grief, my terror, my moments of despair -- regarding the ongoing horror in the middle east, the brunt of which has been born by the Palestinian people, but which has also cost Israelis dearly and which endangers their existence, are shared by many Jews, in Israel, in the US and around the world.

He also notes that he has "had a long and happy affiliation with such organizations as the 92nd Street Y, The Jewish Museum and the Upper West Side JCC. My work has been recognized by such groups as The National Foundation for Jewish Culture, The Shofar Center, The Central Synagogue and Brandeis University (one of fifteen honorary degrees I’ve received)."

In fact, Brandeis' decision to honor Kushner was met with outrage by right-wing pro-Israel activists. Brandeis, though, stuck by its decision and Kushner told me he received a "very warm reception" on the mostly Jewish campus.

CUNY spokesman Michael Arena said of the episode only that, "They are an independent board and they chose to table the motion." He added that, in the past 50 years -- the period for which records exist -- there has never before been the tabling of an honorary degree.

Kushner told me: "I believe there should be an apology. I'm not going to hold my breath, but we'll see what happens."

(UPDATE 5/5/11: The CUNY board's move has provoked a heated response from the faculty union and others.)

Here is his letter: